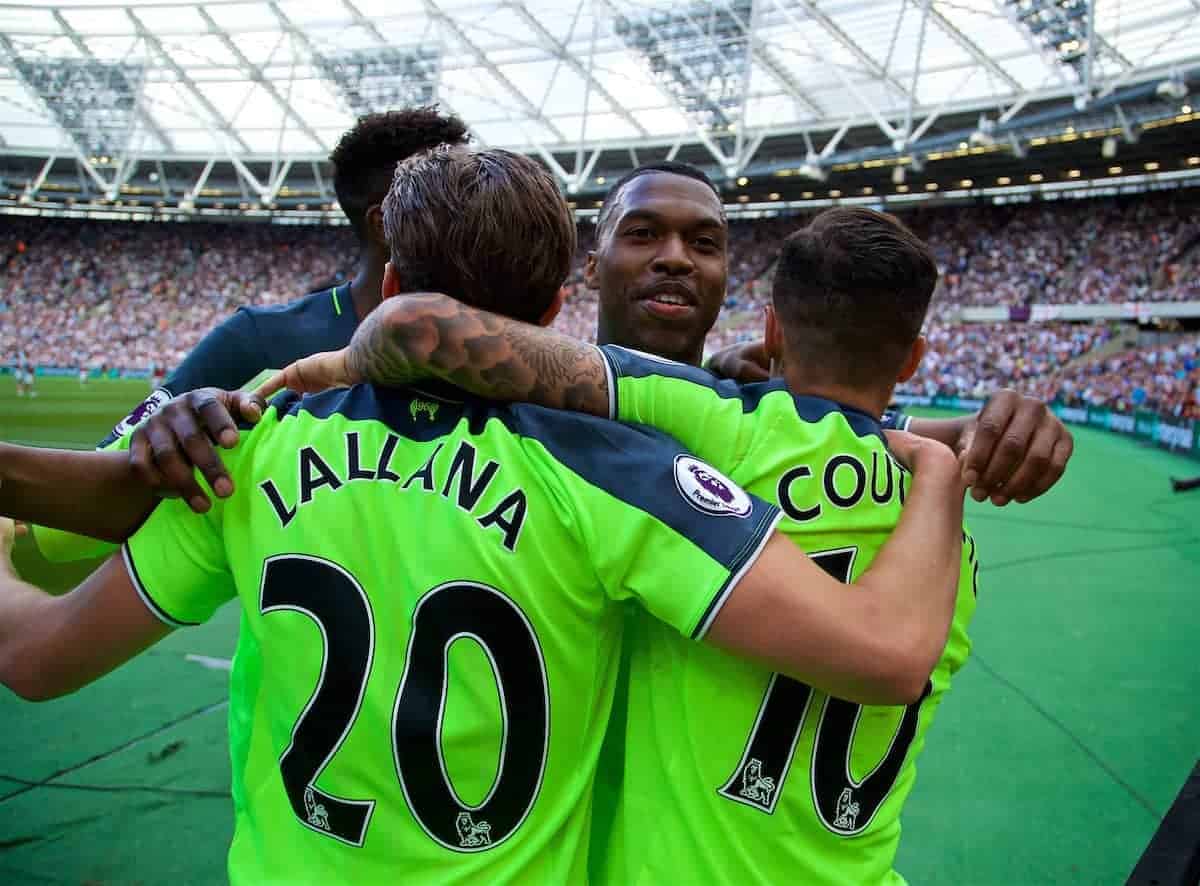 Liverpool striker Daniel Sturridge is not concerned with speculation over his future, after returning to the scoresheet in Sunday’s 4-0 win at West Ham.

Sturridge broke the deadlock after 35 minutes at the Olympic Stadium, latching onto Philippe Coutinho‘s excellent through ball before rounding Adrian to finish.

It was a trademark goal from the 27-year-old, but one that has grown more fleeting as the seasons have gone by, with injuries taking their toll.

Sunday was only Sturridge’s sixth start in the Premier League in 2016/17, and it is widely expected that he will leave the Reds at the end of the season.

But speaking after the game, Sturridge would not concede whether he was contemplating a move away from Merseyside.

“It’s one of those things,” he told Sky Sports about the personal resonance of his goal.

“I’m at this club, I’m enjoying my football when I play.

“The manager’s shown faith in me, we have a good relationship as well, the fans have been different class.

“So we’ll see. I don’t have any worries about next season.

“I’m looking forward to this last game next week, we need the three points and then we’ll be in the Champions League.” Sunday kept Liverpool firmly in the driver’s seat in the top-four race, needing three more points to guarantee a place in the Champions League.

Sturridge was full of praise for Liverpool’s performance and stressed that he was simply pleased to be able to contribute at a crucial stage of the season.

“It’s a great feeling, this was an important game for us,” he continued.

“It was a big one, so we came with the right attitude and we knew what we had to do. It was great to get the victory.

“It’s important for everyone at the club. We’ve been good the last few weeks but maybe we should have taken more points in some of the games.

“We rose to the occasion, we showed what we were about. We kept the ball well, we did everything the manager asked of us.”