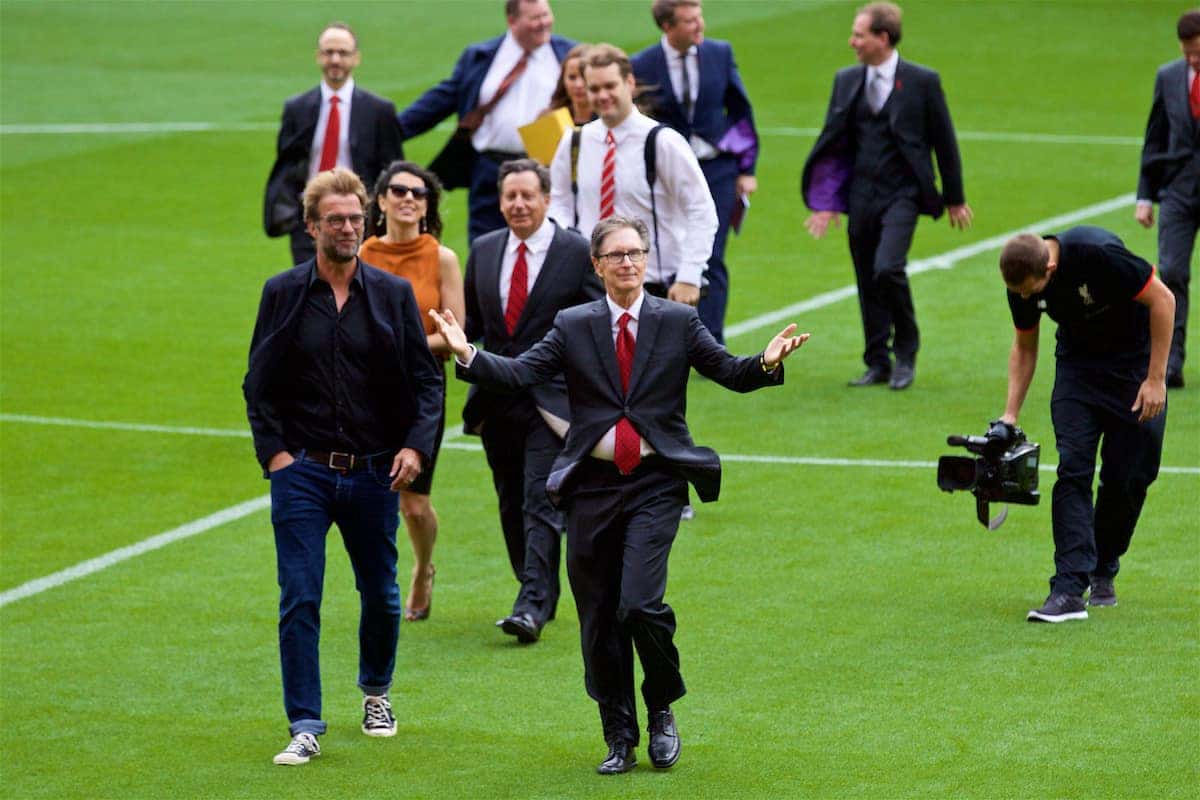 High praise for Jurgen Klopp‘s influence in football arrives in the form of FourFourTwo’s list of the 100 most influential people in football.

The Reds’ boss is heralded for his tactical influence in applying his famed gegenpressing, with FFT noting how “similar high-pressing, fast-countering setups can now be seen at many of Europe’s best-coached teams – including Chelsea, Monaco, Tottenham and Borussia Dortmund – and indeed Barcelona themselves, whose approach these days has looks far more like something borne of Klopp’s mind than Guardiola’s.”

Also making the cut on the top 100 is Reds’ principal owner John W. Henry, who, since purchasing the club in 2010, has helped modernise the club, not least with the appointments of Klopp and sporting director Michael Edwards, plus the expansion of the Main Stand and forthcoming new training ground.

* Click through to FourFourTwo here to view the full list and see where Klopp and Henry rank.