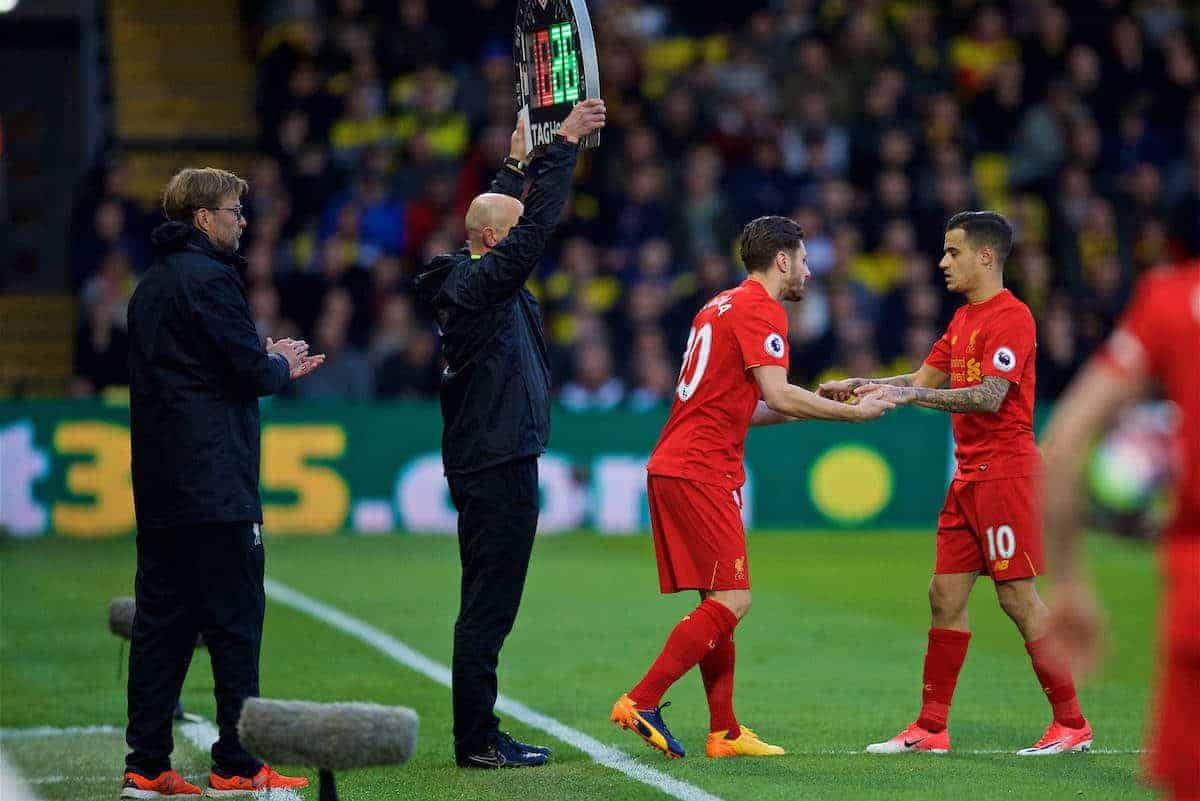 Philippe Coutinho has confirmed the injury that forced him off early on in Monday’s 1-0 win away to Watford is “not serious,” serving as a major lift.

Coutinho left the field after just 13 minutes, having been clattered with a strong challenge on the edge of the Hornet’s penalty area.

His right thigh was immediately put on ice, with fears the Brazilian could have suffered a frustrating injury at a crucial stage of the season.

But taking to Instagram after the game to congratulate his team-mates for their result, and Emre Can for his stunning winner, Coutinho served up a positive update.

Speaking during his post-match press conference, Jurgen Klopp confirmed Coutinho had suffered a dead leg, taking a similar stance to his No. 10.

“He has a dead leg, hopefully it’s not too serious,” he explained.

“But of course it’s really painful and no chance [he could continue] Everybody could see he tried hard, but no chance.” Liverpool have six days to prepare for their next outing, at home to Southampton on May 7, with Coutinho’s fitness of the upmost importance in the buildup.

Lallana’s return is a big lift, as is that of second-half substitute Daniel Sturridge, with Klopp’s attacking options swelling with three games left to play.

Having Coutinho back fit and firing will be essential against the Saints, with Liverpool having already been held to a 0-0 draw at St Mary’s earlier in the season.

While the extent of Coutinho’s injury is still questionable, his optimism should be encouraging.