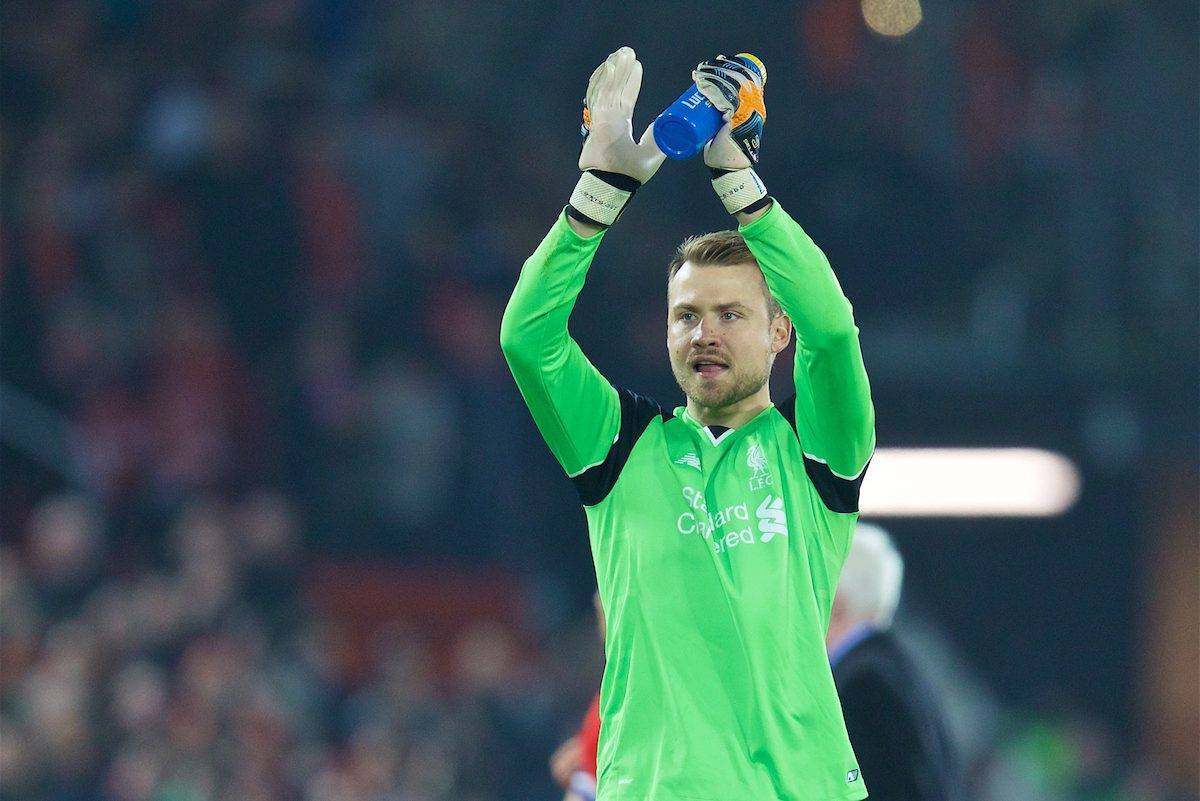 Liverpool goalkeeping coach John Achterberg has found himself literally taking one for the team this season.

The 45-year-old former Tranmere keeper has received more bumps and bruises in training sessions than previous years but it is all for the greater good as he seeks to get the best out of those in his charge.

Achterberg has been working to bring more aggression to Simon Mignolet‘s game and it appears to be bearing fruit – even if the coach is counting the physical cost.

“We talk about how we can implement aggressive situations in training,” Achterberg told Press Association Sport.

“There are so many goalkeeping tactics: your body language, dealing with physical presence, being dominant and how you present on the pitch with good aggression in the game – but it is also about making the right decisions.

“Now he is really aggressive to the point where he is not afraid to put his knee in my back. That’s what I want because it is about creating aggression.

“If it is (Troy) Deeney you are trying to stop getting the ball you have to be streetwise and aggressive.

“You can be nice off the pitch but on it you are fighting for your living and for the team.”

Mignolet’s performances having notably improved since he returned to the side after £4.7million summer signing Loris Karius was dropped after 10 Premier League matches after a couple of high-profile mistakes in the defeat at Bournemouth and the home draw with West Ham.

That has not stopped the Belgium international still being subjected to criticism, and although Achterberg believes expectations have to be high at the club, he feels the goalkeeper is being unfairly targeted.

“We could sign Manuel Neuer (Bayern Munich’s goalkeeper) but I am telling you now he will make two or three mistakes – that is how it is,” added the Dutchman.

“No-one is perfect and that is the problem. If you play for Liverpool you are expected to keep clean sheets in every game and win 9-0. Realistically that is not how it works – only on the PlayStation.

“Simon has definitely done really well. I think he’s had a good season. The Chelsea free-kick and then against Hull were probably two things that could have been better but if that is two things in how many games, in the whole season, then there is no life for any goalkeeper.

“The goalkeeping situation is a massive issue outside (the club) and every small thing is highlighted – that is something the goalkeepers have to deal with because that is how it is.”

Sunday’s opponents Southampton are unlikely to give Mignolet the same sort of problems he has faced in his last four games against Stoke, West Brom, Crystal Palace and Watford.

But there will still be those scrutinising his every move even though only a couple of weeks ago manager Jurgen Klopp, with speculation linking him with a summer move for Manchester City‘s out-of-favour Joe Hart, expressed his satisfaction at having two “high-quality” goalkeepers.

“If you play for Liverpool you are expected to command everything: the box, outside the box, you need to come for crosses, be good in one-v-one, distribution has to be perfect and you need to be the best shot-stopper,” said Achterberg.

“How many goalkeepers in the world is that expected of? “If you play for Sunderland or West Brom it is a different type of game than if you play for Liverpool, when you have to cover more space.

“It is very simple if you have a team playing with 10 around the box, then the goalkeeper only has to cover the small spaces between the players and the opponent with the ball.

“If there are not as many bodies in the way you have to cover the whole goal.

“If you want to be the best you want to produce every day and be perfect in everything you do on and off the pitch.

“If you cannot do that then you are not at the right club because Liverpool want only to have the best and be the best.”