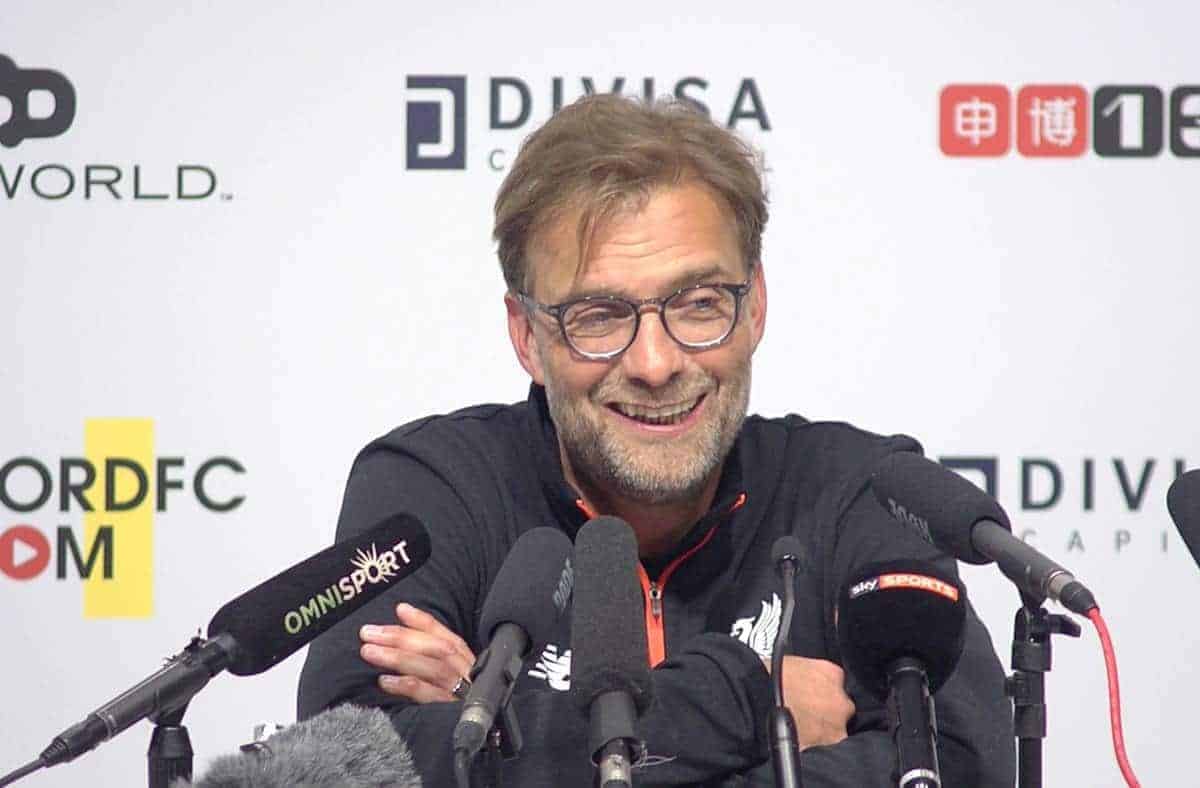 Can struck an incredible bicycle kick on the cusp of half-time to seal the Reds all three points on a tough evening at Vicarage Road.

Liverpool were forced to hold on late on, and had the woodwork to thank as Sebastian Prodl’s late volley hammered back off the post, but the result was all that matters.

Speaking after the game, Klopp was in a positive, even though he revealed he was yet to see Can’s goal again.

“Actually, I would love to see it again—everybody is speaking about it,” he told reporters.

“I’ve only seen it once, but it looked already pretty nice.

“I probably turned a little bit too early when I saw it would hit the back of the net.”

Klopp was full of praise for his goalscorer, but he admitted Prodl’s last-gasp effort gave him “500 million grey hairs.”

The victory leaves the Reds in a strong position as they fight for a top-four finish this season, going three points ahead of fourth-placed Man City.

Klopp has remained resolute in his bid to focus solely on Liverpool’s prospects in the race for next season’s Champions League.

But this win at Vicarage Road is a real milestone in their battle to finish above City, Man United and Arsenal.

And with Klopp confirming Philippe Coutinho‘s first-half injury was not serious, he can hope to field a strong starting lineup once again at home to Southampton on Sunday.