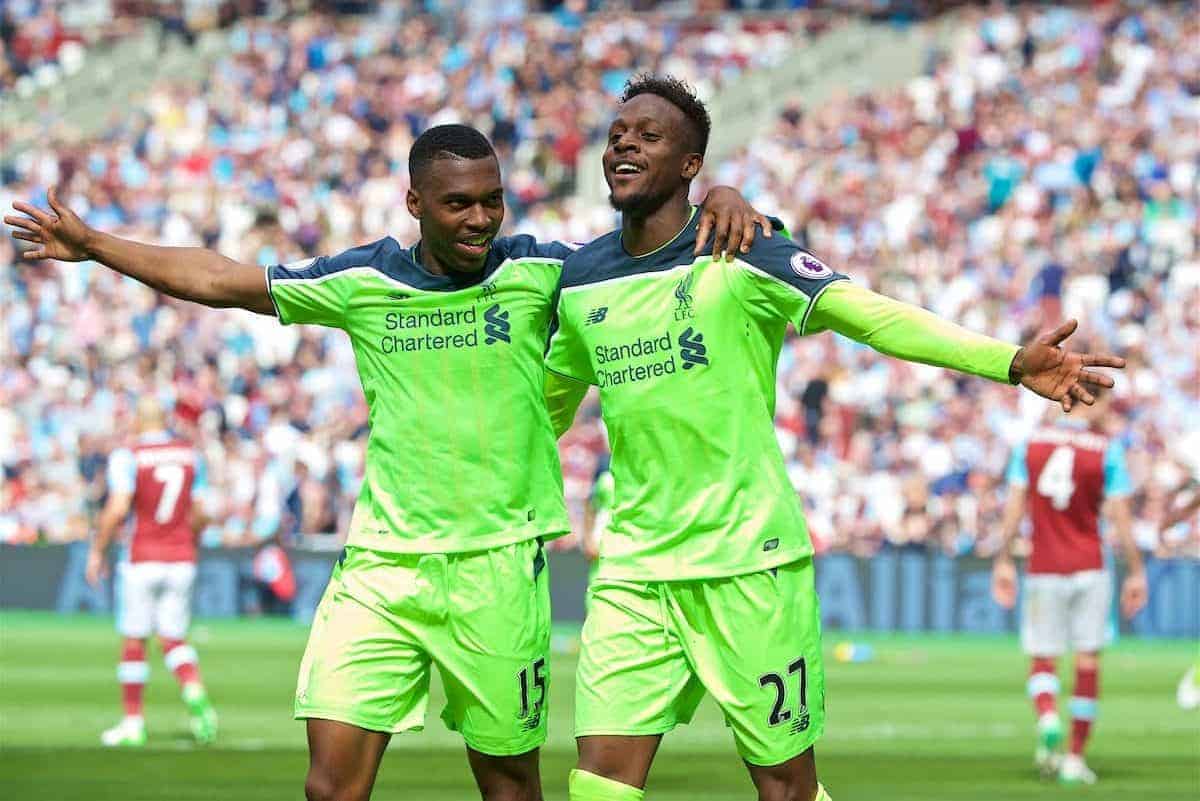 Liverpool saw off a poor West Ham side to keep Champions League qualification in their hands, though the game saw some mixed individual performances.

Good take early on under pressure. Took out Lovren in the process.

Made a low save with his left hand from Edimilson Fernandes having seen the ball late, then collected the ball gratefully after Andre Ayew could only hit the post from a yard out.

Saved at his near post from Ashley Fletcher, and continued to command his area.

Reasonably good defensively but nothing outstanding in or out of possession.

Keeps it simple with his passing, looking for Wijnamdum and Matip rather than anyone further up the pitch, and finished the game with a pass success of 92% as a result.

His crosses are still a bit wayward though, and he couldn’t find a red shirt with either of his searching balls in from the flank.

Free header from a corner early on. Headed it into the ground but it hit the bar. Had another chance towards the end of the first half which he couldn’t get on target. Should have done better with both.

Was decent enough in defence, and did to recover and put pressure on Fletcher, forcing him wide after Can had played the West Ham man onside.

Stood helpless and useless as the ball hit him following a corner and dropped into the patch of Andre Ayew who, luckily for the Croatian, hit the post from two yards out. Twice.

Went on to win four aerial duels though, and helped contribute to the clean sheet after his compulsory daft error.

Worked hard in defence and won the ball back through pressing on a couple of occasions.

Was totally ineffective as a left back when the side had the ball, however, and when Liverpool have 67% possession then this can be a problem.

A moment where he failed to control a ball as it went out of play summed up his recent performances. Regularly the team’s worst passer, as he was again today with just 77% accuracy.

This game showed why Liverpool were linked with three left backs this week.

And people thought Moreno was bad!

A steady performance in which he continued his impressive form as the holding midfielder.

Has put any problems with inconsistency behind him, and now leads the team from the centre of the park.

Fairly anonymous in the first half but cam into it in the second with two troublesome shots.

The second of these was a really well executed dipping volley which hit the bar, and Coutinho was able to find the net just moments later.

Comes out of the game with two assists, one for Coutinho and another for Origi after his mishit shot was diverted in by the Belgian.

Philippe Coutinho – 9 – Man of the Match

Started on the left of a midfield diamond, playing the role Klopp hinted he’s capable of earlier this week.

The Brazilian set up the first goal for Sturridge with a defence-splitting pass from deep before going on to score two goals of his own, showing great footwork and poise for both as he cut inside from the left and fired home with his right foot.

He made a total of six key passes during the game before being replaced by Woodburn late on.

Probably gets a 10 if he scores that free kick!

Played behind the two strikers and looked to get forward himself when the chance arose.

Showed his usual neat footwork in and around the area, and is a useful outlet to have when it comes to holding the ball in the final third, even if he can’t contribute in the form of goals and assists.

Peripheral, might be the nicest way to describe his first half performance.

Went down early on from a slight touch by Fonte, and couldn’t hack it when he had to get physical with any of West Ham‘s back three in that period.

His mere presence will have helped create space, though, and this left more room for his strike partner to operate in.

Shot narrowly over just after the hour mark with a strike which clipped the bar, and was on hand to divert Wijnaldum’s mishit shot into the net to make it 4-0.

Showed signs he might be back to his old sharpness with a couple of shots early on.

Timed his run perfectly to take Coutinho’s through ball, and rounded the keeper with the composure of a striker who plays every week.

Had a chance to score his second at the start of the second half, but couldn’t sort his feet out.

Was lively around the area throughout the game, and showed a good burst of speed to create havoc in the West Ham box in the build-up to the fourth goal. Klopp went for the lineup many fans wanted prior to the game.

Sturridge was brought into an attacking lineup in the place of the injured Roberto Firmino, as the manager went with a 4-4-2 diamond.

This formation pushed Coutinho back into midfield, and meant Sturridge could play up top with Origi.

These two factors combined to create the first goal, and were ultimately what keep Liverpool in charge in the quest for Champions League qualification.