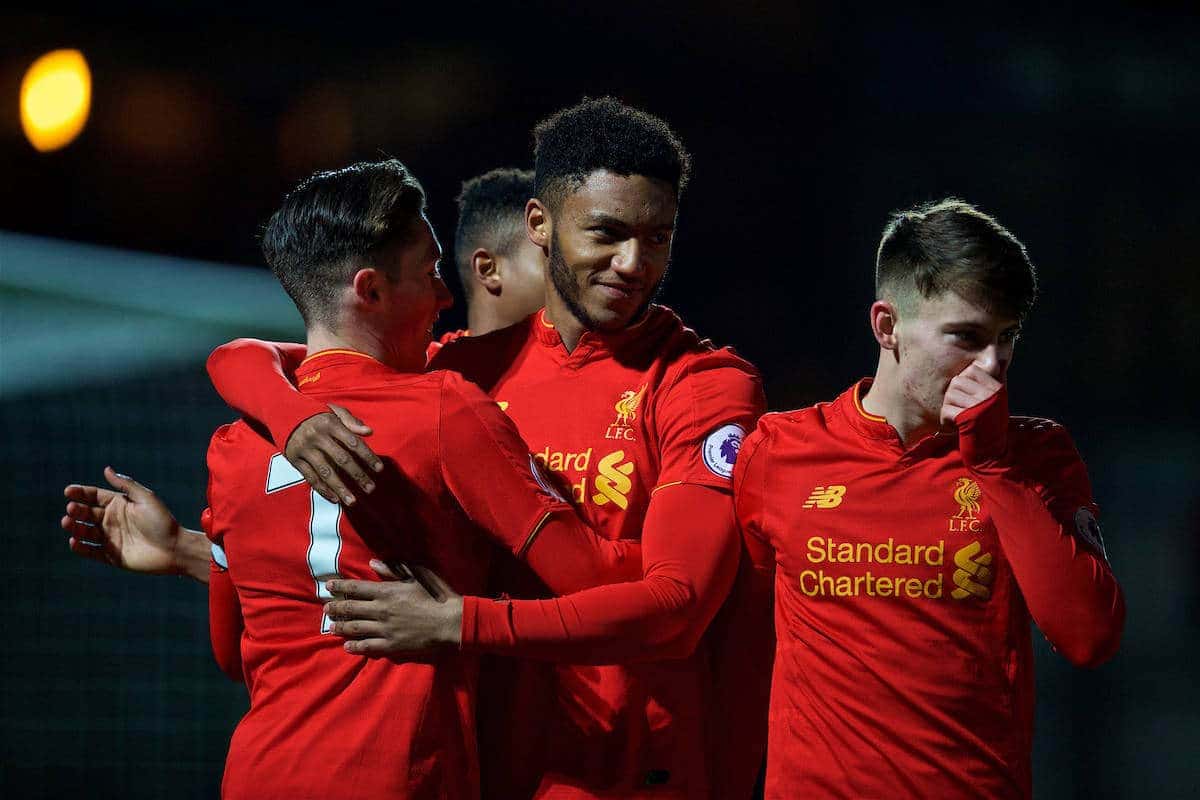 As Jurgen Klopp continues to add to his squad this summer, there are a number of Liverpool players who could benefit from being loaned out.

Mohamed Salah is the Reds’ newest recruit, with the Egyptian making the switch to Anfield in £36.9 million deal with AS Roma.

It is imperative that Klopp builds Liverpool’s most formidable squad in years, as they look to challenge on four fronts in 2017/18.

But with top quality expected to be added all over the pitch between now and August, some fringe players could find it tough to kick on next season.

Because of that, a temporary spell away from Merseyside could do them wonders—here are six who stand out.

The Joe Gomez situation is a tricky one, with the 20-year-old a defender full of potential, but also someone who could really struggle for playing time at Liverpool next season.

In an ideal world, he would blossom into a fantastic centre-back in no time and leapfrog Dejan Lovren and Ragnar Klavan, but that seems unlikely right now.

Having missed over a year of action with an ACL injury, it is understandable that Gomez still needs time to find his feet, and regular football is the way forward.

Joel Matip and, hopefully, Virgil van Dijk, will be first choice for the Reds, and barring injuries galore, it is difficult to see where the Englishman will get chances to shine.

Joining either a lower-end Premier League club or promotion-chasing Championship outfit makes the most sense—somewhere he can continue his rehabilitation and go up a gear.

Midfield looks set to be an area full of depth at Anfield next season, with six top-class players potentially vying for three places.

Jordan Henderson, Emre Can, Gini Wijnaldum, Adam Lallana and Philippe Coutinho, as well as a probable big-money signing such as RB Leipzig’s Naby Keita, should all feature prominently in all four competitions, leaving few opportunities elsewhere.

Ovie Ejaria is one who has come through the academy and performed well when thrust into the limelight by Klopp, but he could do with honing his skills elsewhere for a season.

Featuring in a handful of matches won’t do a huge amount to aid his progression and, like Gomez, a year of more regular action makes sense.

There is also the option of remaining in Liverpool’s U23s, but he feels above that level now.

This is a slightly contentious selection, when you consider Marko Grujic arrived with a fairly big reputation last year, and played very well in pre-season.

When he headed home against Barcelona at Wembley in August, some were tipping him to make Klopp’s first-choice starting lineup, but injury and adjusting to English football put paid to that.

It may feel like a major step backwards for Grujic to be sent out on loan, but he is still only 21 and, therefore, in no desperate rush to become a key man.

Playing for the U23s next season will do little to help him progress—he only represented them in 2016/17 as a way of keeping match fitness levels high—and a brief venture to another club feels more beneficial.

Realistically, who out of the six midfielders mentioned above does Grujic expect to usurp any time soon? The arrival of Salah is a major boost to Liverpool, but it will have sent out a message to Sheyi Ojo.

Alongside Sadio Mane, the 20-year-old has been the only natural winger at Anfield over the last 12 months, but Klopp clearly doesn’t see him as someone he can rely on right now.

In fairness, Ojo may have played more last season if injuries hadn’t got in the way, but he is still very raw in all facets of his game.

Some encouraging performances for England’s triumphant U20s side at the World Cup this summer may have alerted some clubs, and if they come calling about a loan deal, Klopp may struggle to turn it down.

You could really see Ojo shining in the Championship, and the league’s more physical style would be a good way of toughening him up. There will be some supporters who are keen to see Ben Woodburn loaned out but, at 17, he is still very much a player who should develop in the U23s.

That is now not the case with Harry Wilson, however, who is three years Woodburn’s senior.

The silky forward enjoyed a tremendous season captaining Mike Garrity’s youngsters, scoring and assisting over 30 goals, but now is the time for a change.

Granted, he has only made one appearance for Liverpool’s senior side, but he needs to express himself away from the comfort of Anfield.

Whether he ever makes the grade for the Reds remains to be seen, but we would learn a lot more about him if he joined a lesser team temporarily. Danny Ings‘ Liverpool career has been both tragic and unlucky in equal measure, with two serious knee injuries limiting the striker to just 11 appearances in two seasons.

You have to worry about how much of a toll those injuries have taken on Ings’ body, and it would be a real surprise to see him as a notable figure next season.

Roberto Firmino is key, Daniel Sturridge and Divock Origi may both stay, a new potent striker may arrive and Dominic Solanke is now also in the mix, so where does that leave Ings?

It may be a slightly callous approach, but sending the 25-year-old out on loan is a good way of gauging how he is physically, and whether he is worth persevering with in the future.

There are few more likeable Reds players than Ings, but with so much competition for places in attack in 2017/18, only a miraculous recovery would see him worth keeping for the season.

A permanent move away should not be completely ruled out, either.