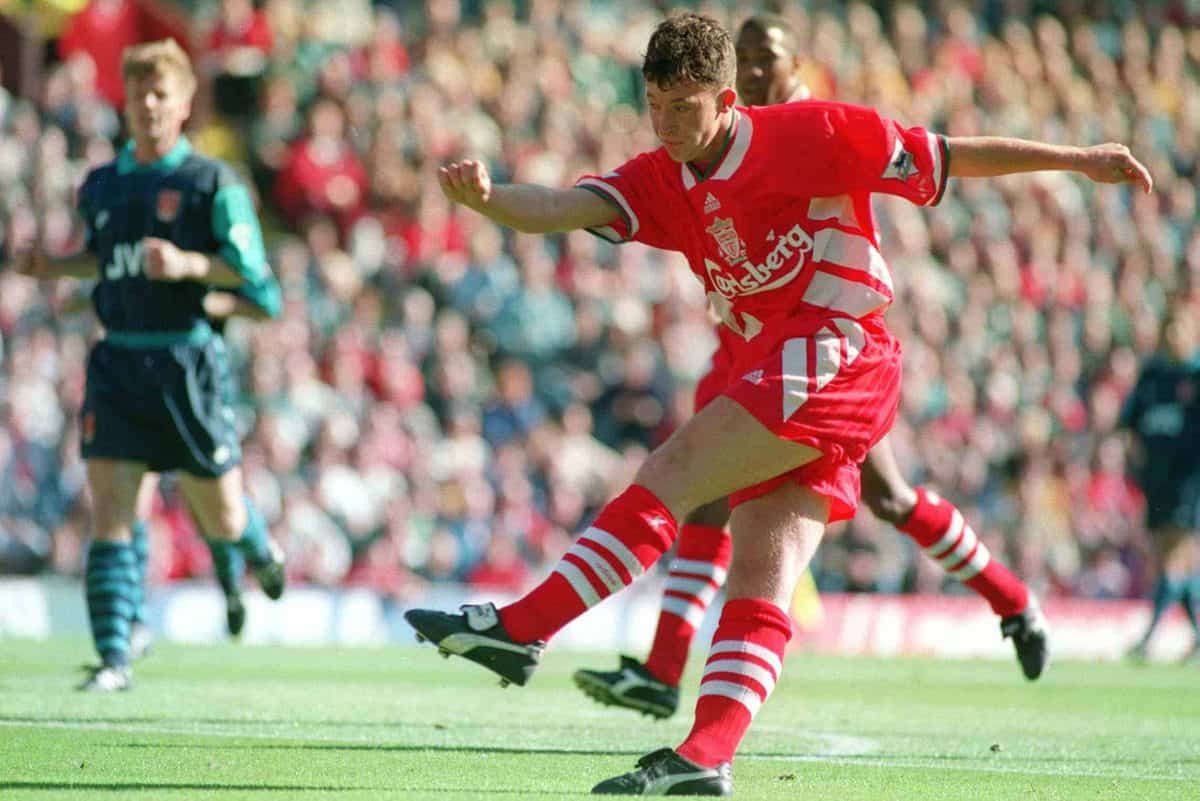 Our recount of the best photos of the history Liverpool Football Club takes us to the 1990s, and a period of considerable change at Anfield.

After the highs and miserable lows of the 1980s, the following decade saw the Reds look to move forward, as the Premier League era loomed. Before the inception of England’s new top flight, however, Kenny Dalglish led the Reds to their 18th league title, finishing nine points above second-placed Aston Villa to seal glory in 1989/90. Midway through the following campaign, however, Dalglish made the shock decision to step down from his role as manager, with the trauma of the Hillsborough disaster weighing heavily on the Scot. Dalglish was succeeded by Graeme Souness, with the ex-Reds captain attempting to oversee swift change on Merseyside, in what proved to be a dismal failure. Liverpool did secure one major honour under Souness, however, with goals from Michael Thomas and Ian Rush sealing a 2-0 victory over Sunderland in the FA Cup final in 1992. During Souness’ time with the club, he adopted a youth-heavy policy, and this saw academy striker Robbie Fowler make his debut in 1993, marking the start of a sensational career for God. 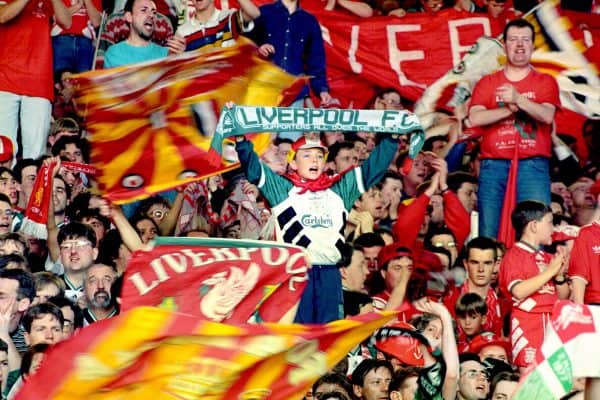 The aftermath of the Hillsborough disaster saw the government demand standing terraces to be replaced by seated areas, with Anfield’s Spion Kop holding its last stand during a 1-0 loss to Norwich City on April 30, 1994.

By that time, Roy Evans had taken over as manager following Souness’ resignation, with the long-serving Bootroom figurehead assuming duties in the Anfield dugout. It was Evans’ expansive, attacking football that brought excitement back to Merseyside, and it remains a frustration that his only trophy in charge came in the League Cup final in 1995, when a brace from attacking star Steve McManaman earned a 2-1 win over Bolton Wanderers. McManaman was one of a host of leading lights in a new era on Merseyside, joined by chiselled Czech winger Patrik Berger, who signed from Borussia Dortmund after an impressive Euro ’96.

That year, Evans oversaw arguably the best game in the history of the Premier League, the 4-3 win over Newcastle United at Anfield, with Fowler and Stan Collymore both scoring twice as McManaman pulled the strings. But while the Reds made the FA Cup final in 1996, their 1-0 loss to Man United, and the humiliation of their white-suited pre-match parade, signalled a shift in dominance in England.

Evans was joined in the dugout by Gerard Houllier in 1998, and the Frenchman’s arrival brought the end to the Spice Boys era, punctuated by Evans’ stepping down as joint-manager months later. Houllier kicked off a new regime on Merseyside, with McManaman among those to leave in the summer of 1999, and Sami Hyypia and Stephane Henchoz two of the faces brought in to lead Liverpool into the new millennium.