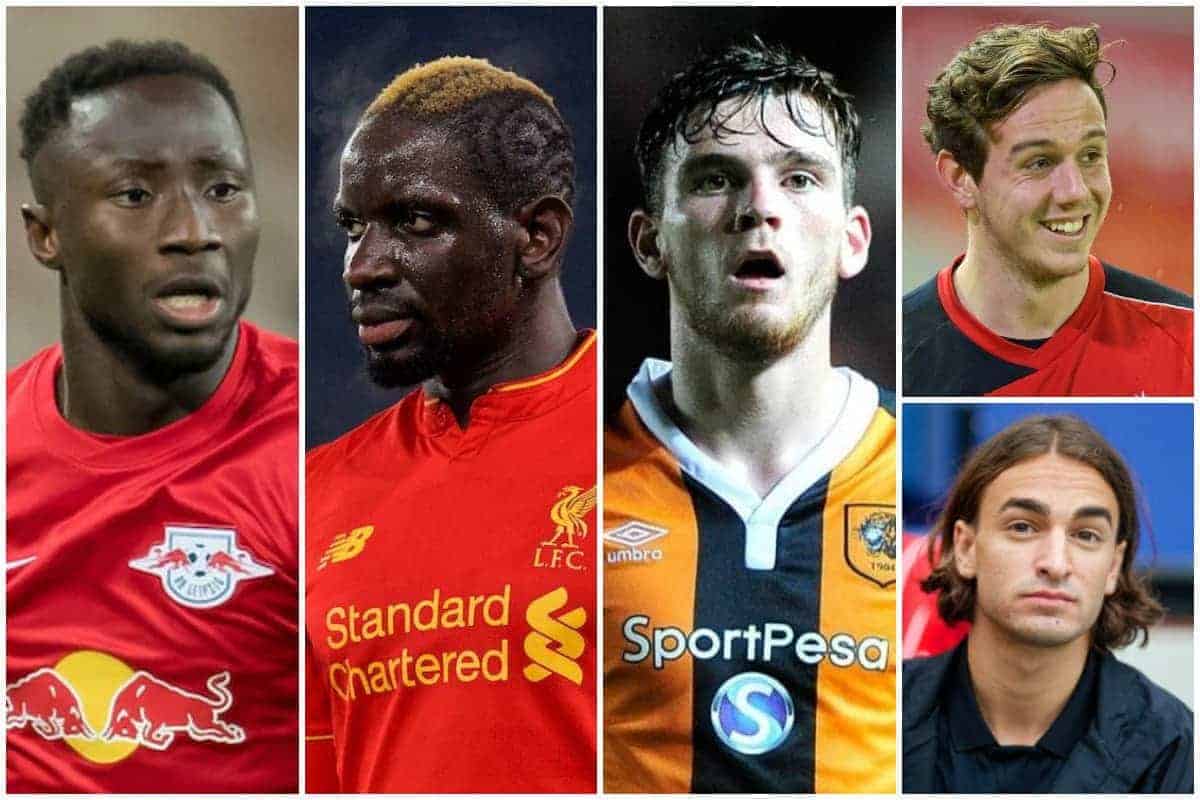 We round up the latest Liverpool transfer news and rumours on another busy day for Jurgen Klopp‘s side in the summer transfer market.

Thursday’s Reds roundup saw one long-running saga continue, four fringe players garner interest, one fall out of favour and another edge closer to completing a move.

As is the ever-shifting landscape of the transfer window, this is only set to continue for Klopp this summer.

Friday is no different, with updates on a series of possible incomings and outgoings at Anfield.

Thursday night brought another development in Klopp’s pursuit of RB Leipzig midfielder Naby Keita, with a variety of reputable sources claiming Liverpool were ready to make a big-money offer.

There remains no guarantee that the Bundesliga side will part ways with their No. 8, but ESPN and Times writer Gabriele Marcotti has suggested Keita is hoping to make the move.

Marcotti believes Keita has an “agreement in principle” with Liverpool over personal terms, including his potential salary and the length of his contract if he were to join the Reds.

This does raise concerns that the club are taking a similar approach as with their ill-fated pursuit of Virgil van Dijk, however…

Ward Confirmed to Return to Liverpool

Danny Ward certainly enjoyed his season on loan with Huddersfield Town, taking to Twitter on Friday afternoon to reminisce over May’s successful promotion to the Premier League.

But while 24-year-old would clearly be eager to spend another campaign with the Terriers, manager David Wagner has moved to dampen speculation.

After signing a new two-year contract with Huddersfield, Wagner told reporters that Ward would be returning to Liverpool.

Whether the Wales international will stay on Merseyside for 2017/18 remains to be seen, but Klopp is seemingly eager to take a closer look at how his third-choice goalkeeper has progressed.

No Watford Bid For Markovic

Out-of-favour winger Lazar Markovic seems fated to leave Liverpool this summer, with reports earlier in the week claiming the Reds had dropped their asking price to just £12 million.

Watford, Galatasaray and Zenit St. Petersburg are believed to be interested in signing the Serbia international.

But according to the Watford Observer, the Hornets are yet to officially approach Liverpool to discuss a deal to sign the 23-year-old.

New Watford manager Marco Silva is an admirer of Markovic, having taken him on loan at Hull City last season, but he could be forced to wait until later this summer to secure his signing.

Palace Rule Out Move For Sakho?

Thursday saw Crystal Palace linked with moves for a pair of centre-backs in Ajax’s Joel Veltman and Chelsea‘s Kurt Zouma, casting doubt over their previous interest in the Reds’ Mamadou Sakho.

With the Frenchman available for £30 million this summer, Liverpool are eager to seal his departure in order to reinvest funds in the market.

But Palace chairman Steve Parrish has reportedly told American radio station SiriusXM that a deal for Sakho was “not going to work out,” stressing that “we have other business to get done.”

This will be a blow to the Reds, who may be forced to lower their asking price for the exiled defender in order to reach an agreement.

With England U19s left-back Ryan Sessegnon signing his first professional contract with Fulham this week, Liverpool are said to have turned their attention to Hull’s Andrew Robertson.

The Tigers suffered relegation from the Premier League last season, and Robertson is among a host of players expected to leave the KC Stadium ahead of 2017/18.

Klopp will hoping to front the queue if he firms up his interest in the Scotland international, but according to the Hull Daily Mail he will face serious competition from fellow Premier League clubs.

Watford, Burnley, Newcastle United and most recently West Brom are all credited with an interest in the 23-year-old.

Finally, Liverpool have been named as a possible destination for Sevilla goalkeeper Sergio Rico, who is said to have a £26.4 million release clause in his contract.

Reports in Spain claim the Reds have joined Chelsea in pursuit of the 23-year-old—but it’s highly unlikely that is the case.