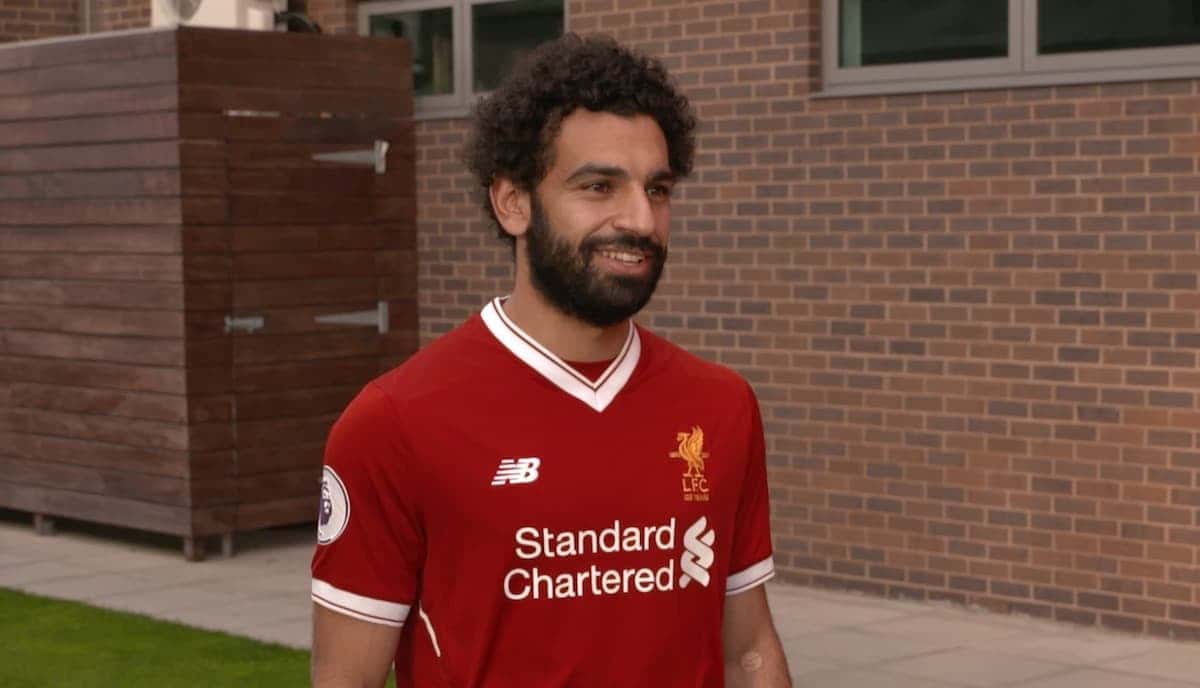 Luis Garcia believes Mohamed Salah will be an excellent signing for Liverpool, although he admits competition will be fierce within the squad.

The Reds completed the record signing of Salah on Thursday evening, with the 25-year-old joining from Serie A giants Roma for £36.9 million.

The former Chelsea winger was one of Jurgen Klopp‘s primary summer transfer targets, and his arrival has caused great excitement among supporters.

It is the latest signal of intent from Klopp, as he continues to build a squad capable of fighting on four fronts next season.

Garcia is in no doubt that Salah will be a very good signing by Liverpool, although he admits that only maximum effort levels will ensure he is a key man.

“He has everything to be successful at Liverpool,” Garcia told Omnisport.

“It is not easy. We have fantastic players in the team. Playing for Liverpool always comes with a lot of pressure. Fans across the world are following you.

“You have to give 120 percent. But I think he has everything to do a good job. I think the team need someone like him.”

Garcia, who famously won the 2005 Champions League during his time at Anfield, also spoke about Salah’s price tag, saying the only thing relevant is how he fits into Klopp’s system and takes the team to the next level.

“It’s not about the money. It’s about how he will adapt to the team, to the philosophy of the club and playing under [Jurgen] Klopp,” he added.

“He is a different manager who wants every game the best and puts the players on the spot all the time. It’s not easy. It depends on how he arrives.

“But of course, if you bring in someone with that name, with the background like Salah, you know they are always going to add something.

“Now it’s a matter of finding the right players. Sometimes it might cost you a lot and sometimes you will find a player who adapts very fast without paying a lot.” Finally, Garcia discussed the importance of squad depth—something Liverpool have lacked for so long—with strong options from the bench imperative if the Reds are to win the Premier League in 2017/18.

“I think we have fantastic strikers. It’s true Liverpool play a lot of games like everyone else—the Premier League, FA Cup and other cups,” said the Spaniard.

“It’s very important to have a deep squad. The better players you have, the better you can work on the Premier League because you can give them rest.

“I understand sometimes the manager looks at the bench and sees so many young players.

“It is also important to have them but I’m sure that he will be worried when he is fighting for the Premier League and he looks to the bench and does not have those type of players.

“It is always good to have important players to improve. This season has to be the one for the team.

“Last season was about finishing in the top four but now it is about wanting more and trying to say lets win the trophy.”

Hopefully the arrival of Salah is just the start of Liverpool’s big spending this summer, with a number of other new faces required.

It is promising to see Klopp land a key target so early in the summer, though, and the Reds’ new No. 11 has the ability to become a superstar on Merseyside.