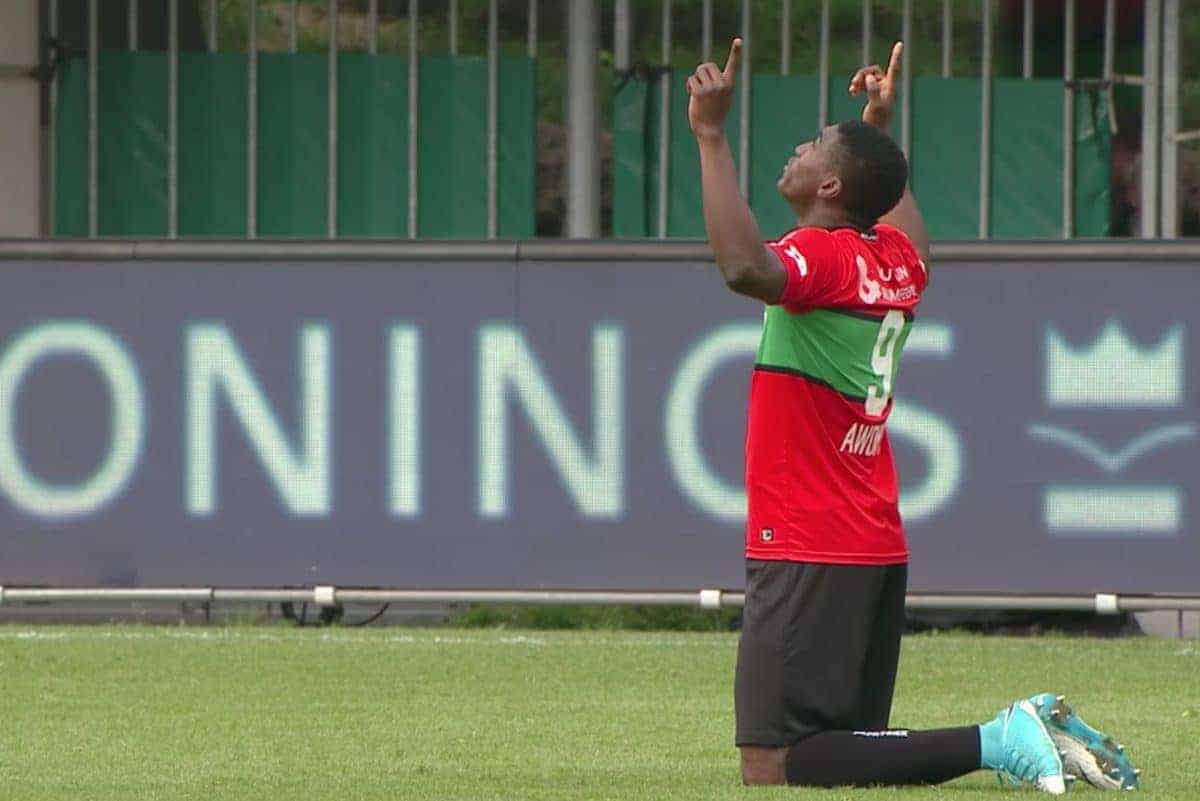 Awoniyi spent the 2016/17 campaign on loan with Eredivisie side NEC Nijmegen, but only scored three goals in 22 appearances.

The Reds were previously reported to be seeking an English loan for the 19-year-old, but given he played just 1,147 minutes for NEC, he is unlikely to qualify for a work permit.

This should see him head to another European side for 2017/18, in an effort to secure the game time required to eventually turn out for Liverpool.

A possible destination for the Nigerian is Kalmar, who finished sixth in the Allsvenskan last season, with Borstam reiterating the club’s long-standing interest in Awoniyi this week.

However, the 46-year-old stressed that no approach had been made at this stage, with Kalmar yet to fully assess their options.

“It’s good to get things done in advance. Maybe Liverpool are looking at a new environment to lend Taiwo to, but we have not come that far,” he told Swedish outlet Fotbollskanalen.

“But he is in our thoughts and I have contact with him from time to time. We always try to keep in touch in different forms.” Awoniyi had already secured a pre-contract agreement with Kalmar before Liverpool moved to sign him from the Imperial Soccer Academy in 2015.

The Reds were left to compensate the Swedish outfit, along with paying his former side £400,000, despite no assurance that he would qualify for a work permit.

It seems unlikely at this stage that Awoniyi will ever play for his parent club, as Jurgen Klopp‘s squad evolves while he struggles for game time around the continent.

Though Kalmar are an option, it can be argued that they are a major step down from both NEC and Awoniyi’s former loan club, FSV Frankfurt—but he could be provided more game time in Sweden.

At this stage, Awoniyi would be best served joining a club that could offer him regular first-team football to avoid stagnating, after initially being heralded as one of Nigeria’s top talents.

The teenager has three caps for the Nigeria U23s, and was included in the provisional senior squad for the Olympics in 2016, but was omitted from Samson Siasia’s final 18-man selection.