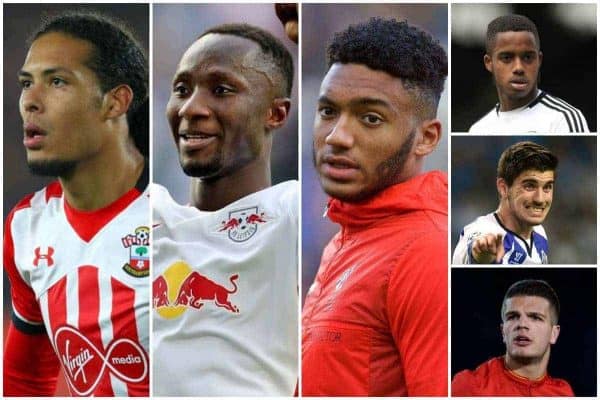 We round up all the latest Liverpool transfers news and rumours as the summer window continues for Jurgen Klopp‘s side.

Tuesday brought a potential development in the Reds’ pursuit of Virgil van Dijk, as well as possible departures for Lucas Leiva, Mamadou Sakho and Lazar Markovic.

Following the Premier League‘s decision not to investigate further into claims Liverpool made an illegal approach for Van Dijk, however, Sky Sports spoke to Southampton director Les Reed about the Dutchman.

Reed has claimed that, following talks with incoming Saints manager Mauricio Pellegrino, neither Van Dijk or right-back Cedric Soares would be sold.

“None of those players are for sale. I can’t make it any plainer than that and that’s the way we mean to go forward,” he said.

However, Reed also added that “there may be players that go on the basis it is the right thing for them and the club,” which does suggest they wouldn’t stand in the way of a £70 million bid.

Another player who would likely cost the Reds £70 million is RB Leipzig midfielder Naby Keita, who is one of Klopp’s priority targets this summer.

And in a piece from German publication Die Welt littered with old quotes from the 22-year-old, they reveal a new line, with Keita saying, “I love Leipzig, and I will never forget this city.”

Is this the Guinean hinting at a possible departure ahead of the new season?

Loose links to a Keita alternative

If not, and Liverpool opt against a big-money move to sign Keita, Klopp may be forced to consider other options in the transfer market.

One possible target could be Porto’s Ruben Neves, who was in impressive form for Portugal at this summer’s European U21 Championship in Poland.

According to A Bola, Liverpool, Chelsea and Juventus are all interested in the intelligent deep-lying playmaker.

They claim that securing Neves’ services would take a similar fee to the initial £33.6 million paid by AC Milan to sign Andre Silva from Porto earlier this month.

Milan are also close to signing former Reds striker Fabio Borini, with the 26-year-old set to continue an illustrious career that has already taken in spells with Chelsea and AS Roma.

Gomez to be loaned?

One player who could leave Liverpool this summer is 20-year-old defender Joe Gomez, who has worked his way back to full fitness after a long spell out through injury.

According to the Mirror, Gomez is close to sealing a season-long loan move to Brighton & Hove Albion, with manager Chris Hughton offering the ex-Charlton Athletic youth regular game time.

However, it was previously reported that Klopp would run the rule over Gomez throughout pre-season before sanctioning a loan, so it still remains to be seen whether he will leave.

Gomez could offer Klopp cover at left-back, as James Milner is currently set to be his only established option next season, with reported targets few and far between.

If Liverpool do allow Gomez to be loaned, you can presume a new centre-back is being signed…

A move for Fulham teenager Ryan Sessegnon was said to have broken down earlier in the summer, and the England U19 international is now set to sign a professional contract with the Cottagers.

That is according to the Telegraph‘s Sam Wallace, though his assertion that this would end the Reds’ interest may be wide of the mark.

Sessegnon putting pen to paper on a senior deal could simply allow Fulham to secure a big-money fee for the 17-year-old, with this extension deemed a formality earlier in the summer.

Finally, another ex-Liverpool youngster has made the step down to the Championship following the expiry of his contract this summer.

Tom Brewitt was among those released by the Reds at the end of the season, after 10 years on Merseyside, and the 20-year-old has joined newly relegated Middlesbrough on a free transfer.

He follows Spanish midfielder Madger Gomes, who signed a three-year deal with Leeds United on Tuesday.

Adam Phillips, Kane Lewis and Jake Brimmer are yet to find a new club, though the latter is rumoured to be considering a return to Australia.