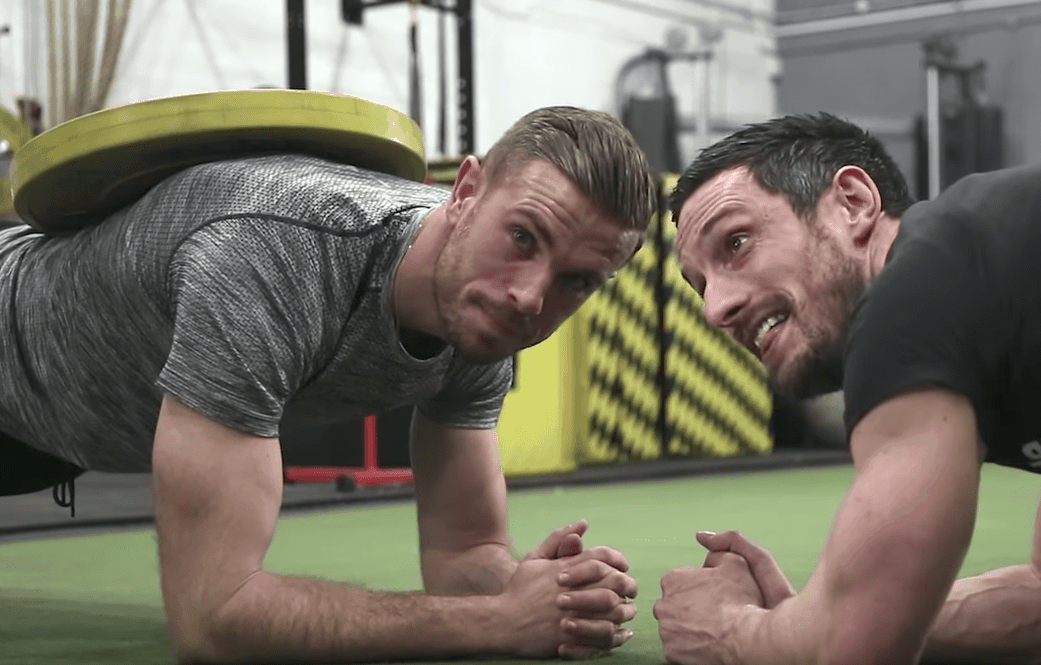 Liverpool captain Jordan Henderson has been busy working back to full fitness, as shown in a video featuring the midfielder.

Henderson faces off against Toby Rowland of Men’s Health magazine in a series of challenges for Maximuscle.

The 26-year-old has been missing since February with a foot injury that was initially only expected to see him miss a few weeks but eventually led to him being ruled out for the rest of the season.

The latest update is that Liverpool are confident that he will be fit to return to full training when the rest of the squad return for pre-season at the start of July.

Henderson made 27 appearances last season, one more than the season before when a heel injury hampered his campaign.

Maximuscle Athlete and England international Jordan Henderson returns to full fitness at the Home Of Gains following the launch of Maximuscle’s new product range, helping you to get in peak shape for the summer. To find out how visit: https://www.maxinutrition.com/ibiza