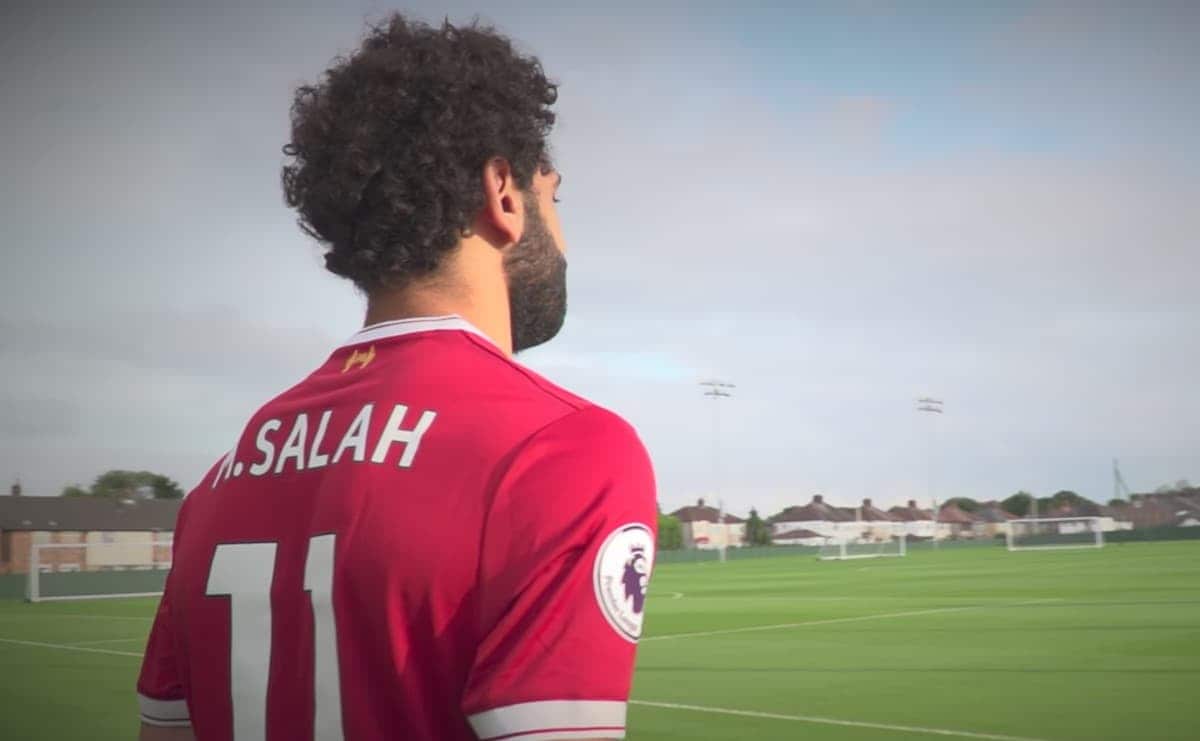 Following Mohamed Salah‘s £36.9 million move to Liverpool, the club have provided an interesting insight into how a transfer is completed.

The Reds’ pursuit of Salah was long and protracted, as negotiations with AS Roma ran on and speculation continued on the rumour mill.

Eventually announced as part of an inventive social media campaign, Salah’s arrival was long-awaited, with supporters hailing their new No. 11 on his move.

Salah spent the day prior to his unveiling on Merseyside, with Liverpool documenting the procedures that take place before a signing is sealed.

The video serves as a rare glimpse behind the scenes as Salah underwent a medical, including an MRI scan, as well as being given a tour of Anfield—surprising fans along the way.

While it is certainly a long and tiring process for the player, Salah remained positive throughout, as he finally sealed a switch that he had initially set his sights on back in 2014.

Salah is currently Liverpool’s club-record signing, but could be followed to the club by more costly additions such as Virgil van Dijk and Naby Keita.

With the Reds undergoing an even longer process in attempting to get those deals across the line, anticipation is increasing.

But as Salah’s first day as a Liverpool player proves, there is a lot that goes on before a signing can be rubber-stamped.