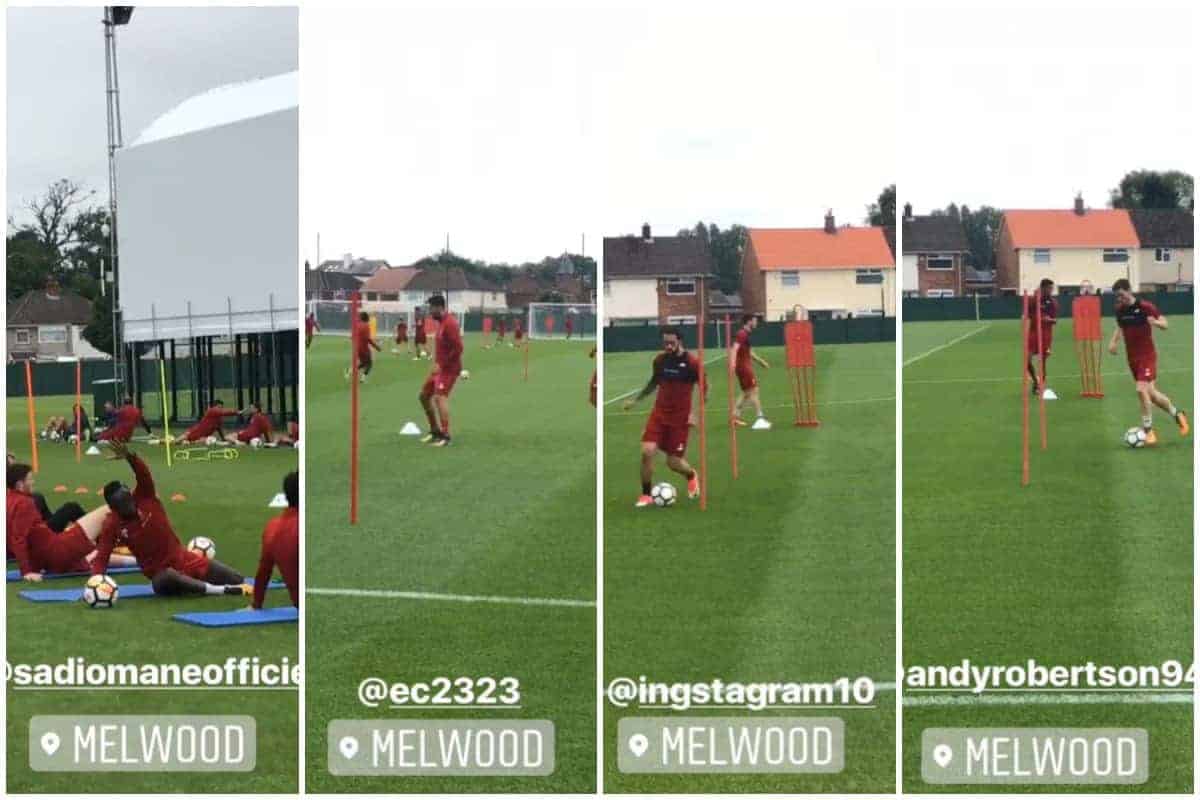 The quartet took part in their first double session with the rest of the squad, following the Reds’ return from Hong Kong on Sunday.

Can returned following a summer break, while both Mane and Ings made their comeback from long-term knee injuries. Ovie Ejaria was also part of the squad having remained on Merseyside throughout Liverpool’s tour of the Far East, though Nathaniel Clyne and James Milner were both absent.

With Klopp and his assistant, Zeljko Buvac, watching on, the Reds underwent a varied session on a mild day in West Derby. The 50-year-old is looking to utilise pre-season training to improve his side’s fitness, while also working on new systems and routines to put into practice on the pitch.

Set to fly out to Germany on Wednesday for a training camp based in Rottach-Egern, 34 miles outside of Munich, the Reds will continue their work ahead of their final four friendlies.

These come against Hertha Berlin (July 29), Bayern Munich (August 1), one of Napoli or Atletico Madrid (August 2) and, on their return, Athletic Bilbao in Dublin (August 5). Klopp will be looking to integrate his returning players over that run of fixtures, with Mane’s comeback particularly encouraging.

The winger scored 13 goals and assisted a further eight in 29 appearances last season, having moved from Southampton for £30 million, and joined his team-mates with ball work on Tuesday.

Whether Mane, Can, Ings or Ejaria feature against Hertha on Saturday remains to be seen, but it is likely that Robertson makes his first outing in Liverpool’s No. 26 shirt.