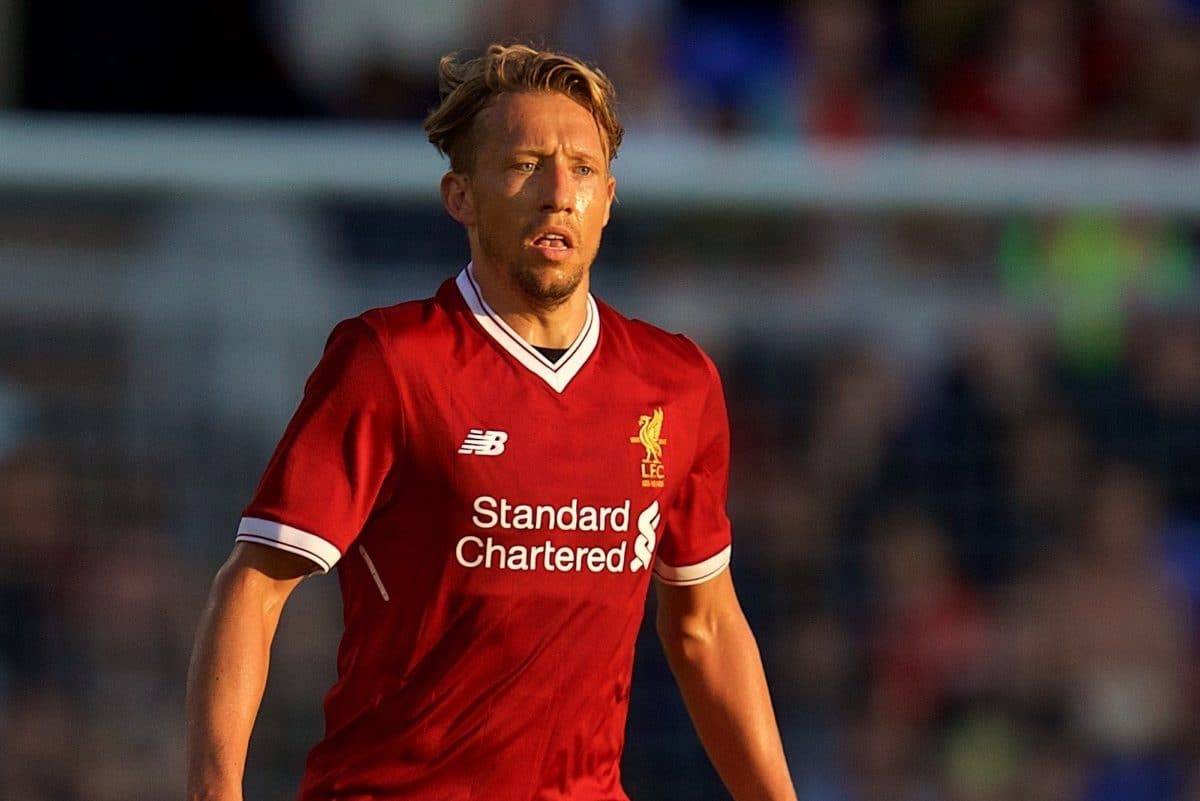 Liverpool have parted ways with their longest-serving player, with Lucas Leiva completing a £5 million move to ambitious Serie A side Lazio.

The 30-year-old marked a decade on Merseyside at the end of last season, and received special commemoration on the Anfield turf from Kenny Dalglish.

This served as a fitting finale for Lucas, who joined from Gremio for £5 million in 2007 and has now left Liverpool for Lazio, with the Rome outfit also paying £5 million for his services.

Lucas quickly agreed personal terms with the club and underwent a medical, arriving at the Stadio Olimpico as a replacement for Lucas Biglia.

Speaking on his departure on Tuesday, Lucas thanked supporters for their backing during his 10 years with the club.

“Thank you for all the support, especially in difficult times, that’s when it means a lot. We all know that Liverpool fans are really special and they were always here for me.

“I’ll always be watching and supporting Liverpool and for sure I’ll be back, in the city to visit friends and watch games in the future.”