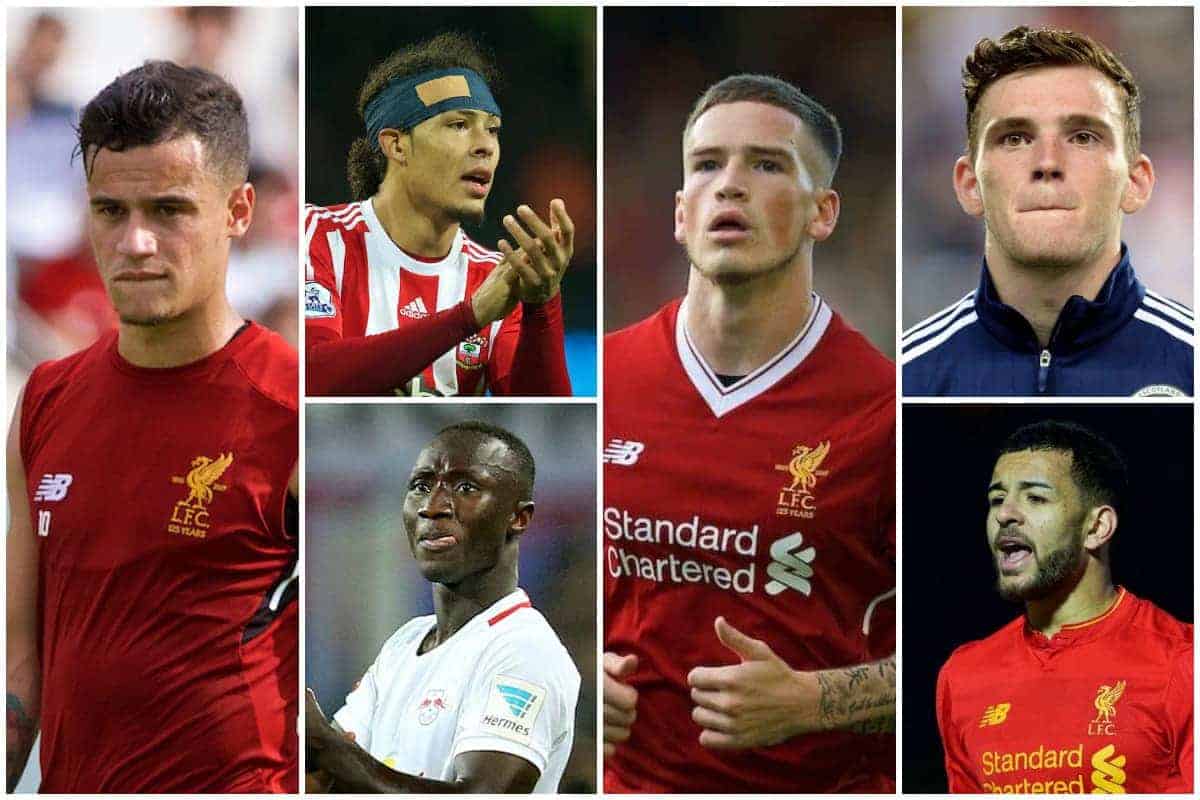 As Jurgen Klopp‘s Liverpool squad prepare for Saturday’s Hong Kong clash with Leicester City, we round up the latest transfer news and rumours.

The Reds will take on Craig Shakespeare’s Foxes at the Hong Kong Stadium on Saturday afternoon, contesting the ‘final’ of the Premier League Asia Trophy.

Ahead of the weekend clash, however, Klopp was forced to address major speculation over the future of one of his most important players.

Here’s the latest from the rumour mill, including more positive news from elsewhere.

With Paris Saint-Germain linked with a world-record deal for Barcelona forward Neymar Jr., it seems the Spanish side have already turned their attention to his replacement.

The Reds rejected this out of hand, with Klopp telling reporters on Friday that “we are not a selling club,” and there is now cause for conviction behind the German’s statement.

It is likely that Barcelona will return with an improved offer for the 25-year-old Brazilian, but there is no indication that Liverpool will entertain them regardless of the fee.

Elsewhere, Ernesto Valverde’s side have been linked with Juventus’ Paulo Dybala, so hopefully Coutinho is not their only option.

It could get worse for the Reds, if a series of claims from the Times‘ Paul Joyce are to be believed.

RB Leipzig have already rejected two bids, worth £57 million and £66 million, for Keita, and Joyce believes their ‘not for sale’ stance “appeared lost in translation among Anfield’s power brokers.”

Meanwhile, though there has been no progress since their public withdrawal of interest, he adds that “if Van Dijk does not sign from Southampton, it is unlikely Liverpool will purchase an alternative.”

EDIT: Van Dijk has now told Southampton of his desire to leave.

Onto more clear-cut matters, and young Liverpool winger Ryan Kent is set to sign a new contract with the Reds this summer.

Kent has been in impressive form throughout pre-season so far, and will be hoping to make it onto the field against Leicester on Sunday, to further his claim for a long-term role under Klopp.

He is in line for another season-long loan move in 2017/18, however, but the Hull Daily Mail report that this won’t come until he puts pen to paper on an extended deal.

Both Hull City and Leeds United have had offers accepted for the 20-year-old, and Kent will now be left to decide his destination.

Given his current contract expires in 2019, this serves to underline Klopp’s faith in a player who can harbour ambitions of securing a place at Anfield in the future. That’s not it from the Hull Daily Mail, with Liverpool conducting a series of deals with the Tigers this month.

Hull left-back Andrew Robertson completed his move to Merseyside on Friday, while Kevin Stewart headed in the opposite direction.

Now, the structure of the Reds’ agreements with Hull have been revealed, with Liverpool said to be paying an initial £8 million for Robertson, with add-ons potentially seeing this rise to £10 million.

Stewart’s switch to the KC Stadium is worth an initial £4 million, rising to a possible £8 million.

On a basic level, Liverpool will be paying £4 million for Robertson this summer, but this could be halved if both players enjoy success with their new clubs.