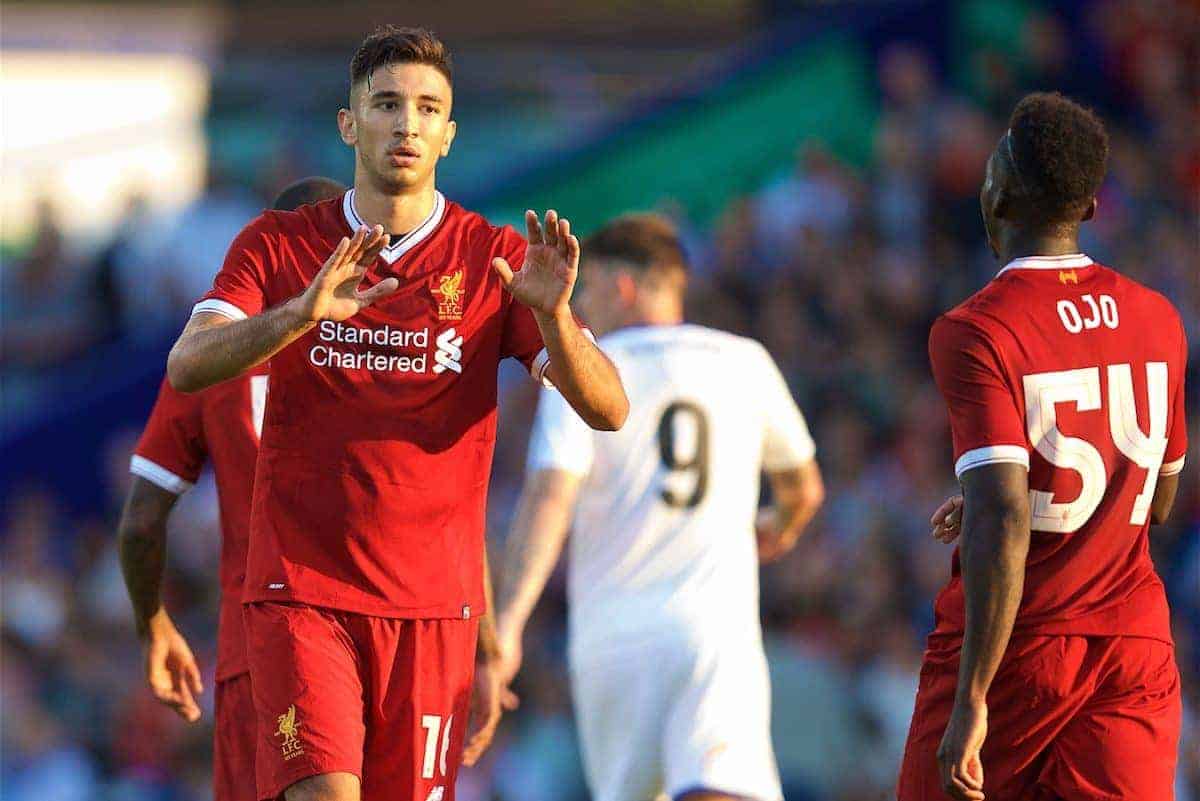 Liverpool midfielder Marko Grujic believes he will take confidence from his long-range strike in Wednesday’s 4-0 pre-season win at Tranmere Rovers.

The 21-year-old started in the stronger of Jurgen Klopp‘s two lineups at Prenton Park, joining Jordan Henderson and Georginio Wijnaldum in a three-man midfield.

Grujic was the more noticeable of the trio, keeping himself busy in a strong 45-minute showing and looking to test goalkeeper Scott Davies throughout.

After stinging the 30-year-old’s palms with an excellent effort, Grujic got his name on the scoresheet in impressive fashion, bending the ball home from all of 30 yards.

Speaking after the victory, the Serbian cut a positive figure, hoping his goal can serve as a prelude to a productive campaign under Klopp, following his struggle for minutes in 2016/17.

“It was a very nice victory for us, the first in a new season,” he told LFCTV.

“I’m happy to get a goal again, in our first match, and for us the most important thing is to get 45 minutes more to get fitter.

“We go again tomorrow in training, then we’ve got another game on Friday.

“This goal will give me more confidence, I will do a lot in this pre-season to show the manager and his staff that I can play.” Grujic has had the shortest break of all of Klopp’s available players this summer, having spent the off-season with Serbia at the European U21 Championship in Poland.

However, his early return should provide him with the opportunity to impress Klopp throughout pre-season, as well as continuing to integrate during the Reds’ training sessions.

“Of course for the team it’s important to win all these games in pre-season to get confidence for the start of European games and the Premier League as well,” he added.

“I just finished with the European U21 Championship with my national team, had a little break and then we started again at Melwood.

“The first days were really tough, we did a lot and we will in China and Germany as well.

“We will start the season fresh and be better and better.

“We gave 100 percent today, but maybe 100 percent will not be the same after four or five games, we will be better and better from game to game.

“We will do some extra technical and tactical stuff in the next few weeks, and it will be good, I’m sure.”

Grujic made eight appearances for Liverpool last season, with a long-term hamstring injury stalling his progress.