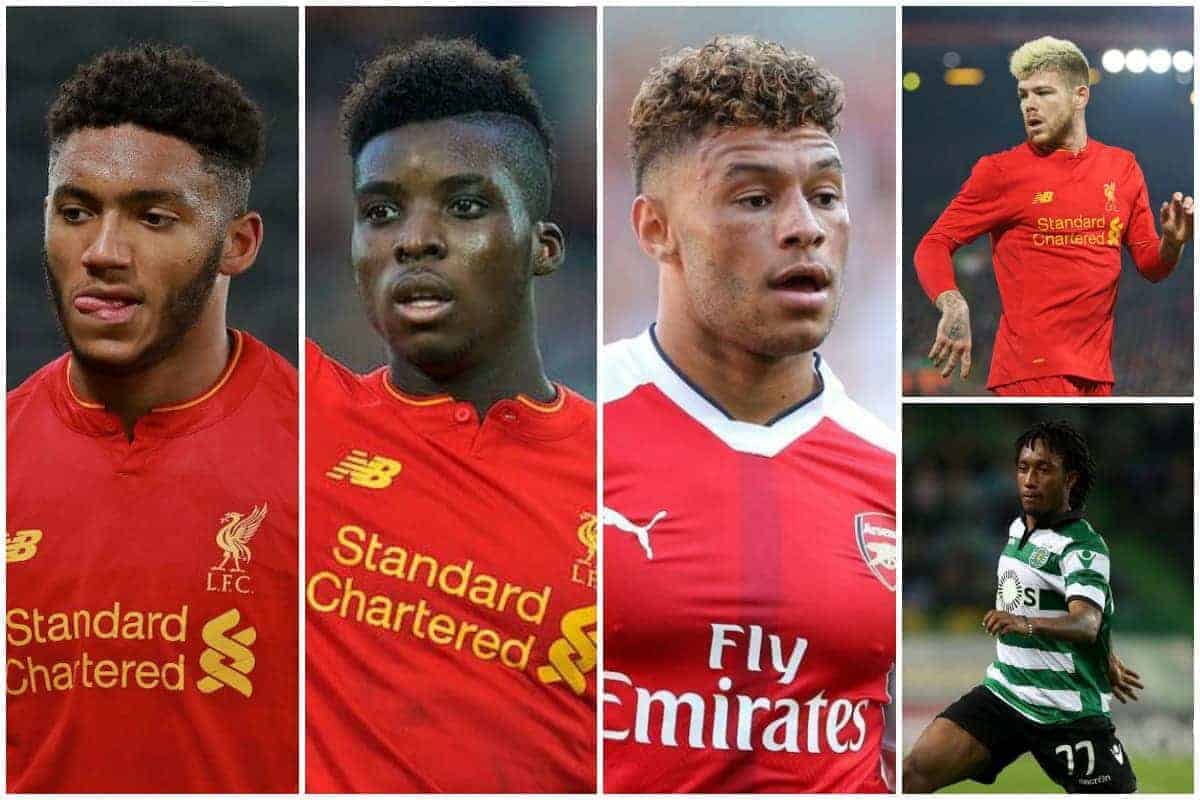 We round up all the latest Liverpool transfer news and rumours, with two potential additions to Jurgen Klopp‘s squad emerging on the continent.

The Reds are now almost all back for pre-season training, with Philippe Coutinho and Adam Lallana reporting to Melwood for fitness tests on Tuesday morning.

Only Emre Can remains absent, due to his spell at the Confederations Cup with Germany, leaving Klopp with a strong group as the summer schedule begins on Wednesday.

There is still the matter of the transfer market to address, however, and the rumour mill continues to churn out possible incomings and outgoings.

Joe Gomez has drawn considerable loan interest from clubs in both the Premier League and the Championship this summer, after recovering from a long-term knee injury.

Brighton & Hove Albion have already enquired as to the defender’s availability, and now Gomez has stressed that he is looking for “regular football” this season.

“The main thing is getting regular football. I just want to get back to enjoying my football and playing consistently,” he said.

“I think that’s something I’ve missed over the last couple of seasons with the injury, but now it’s all in front of me.”

With Joel Matip and Dejan Lovren already cemented as Klopp’s first-choice centre-back pairing, and Virgil van Dijk a priority target, could Gomez be looking to leave on loan this summer?

Ojo Due to Join Middlesbrough on Loan

Another player likely to depart on a temporary deal is Sheyi Ojo, who returned for pre-season last week after a successful summer at the U20 World Cup with England.

Both Newcastle United and Middlesbrough are pursuing a deal for Ojo, and according to Sky Sports, the latter are the 20-year-old’s most likely destination.

Newcastle are said to have been “frustrated in attempting to agree terms” with Liverpool, likely due to Klopp’s desire for Ojo to play regular first-team football.

Since Middlesbrough were relegated to the Championship last season, Ojo could serve as a key player for Garry Monk, lending the Englishman the advantage over Rafa Benitez.

Oxlade-Chamberlain To and Fro Continues

Along with Van Dijk and Naby Keita, Arsenal‘s Alex Oxlade-Chamberlain is one of the Reds’ most frequently touted summer targets.

The 23-year-old has one year left on his current deal with the Gunners, and is valued at £25 million, which would arguably present Liverpool with a bargain signing given his quality.

However, contrasting reports continue on whether Arsenal will part ways with Oxlade-Chamberlain this summer.

The Mirror claim the north London club are “confident” he won’t leave, but Sky Sports have refuted this.

They report that the chances of Oxlade-Chamberlain extending his terms at the Emirates Stadium are “virtually nil,” and he is “increasingly likely to leave this summer.”

While he continues to train alongside the first team at Melwood, Alberto Moreno is one of the most likely to leave Liverpool on a permanent deal this summer.

And while one club is set to rule themselves out of the race to sign the 25-year-old, this in turn could prompt another to make their move.

Napoli, who saw an £11 million for Moreno rejected in June, are closing in on the signing of AS Roma left-back Mario Rui, with the Portuguese undergoing a medical with the club on Monday.

Previous reports claimed Roma had approached the Reds regarding a possible deal to bring Moreno to the Italian capital when discussing terms over Mohamed Salah‘s switch to Merseyside.

With Roma now agreeing to loan Rui to Napoli, it could be that a bid for Moreno is in the pipeline. The arrival of Salah has arguably provided Klopp with the missing piece in his attack, allowing Coutinho to move into midfield behind the Egyptian, Sadio Mane and Roberto Firmino.

However, reports in Portugal have once again claimed that the 50-year-old is interested in Sporting CP winger Gelson Martins.

A Bola suggest that, while Liverpool’s second bid of £44 million was turned down by the Lisbon club, manager Jorge Jesus is still concerned about losing the Portugal international.

Sporting are said to be willing to sell for around £53 million, which would be a substantial bid even for a Premier League side.

It seems unlikely that, following the signing of Salah, the Reds would pursue another big-money addition on the flanks, but speculation surrounding Gelson has endured so far.

Interestingly, another young forward has emerged as a possible summer target for the Reds on Tuesday, in the shape of Atletico Madrid’s Angel Correa.

Correa joined Atletico from San Lorenzo for £5.7 million in 2014, but has struggled to find any rhythm in La Liga, most notably due to heart problems shortly after his move.

Now back fit, Correa has scored 16 goals and assisted a further 15 in 83 appearances for Diego Simeone’s side, operating in a variety of roles across the forward line.

According to French outlet Foot Mercato, however, the Reds are “very interested” in signing the Argentinian, even claiming they have offered Correa a five-year deal worth £48,000 a week.

That these reports haven’t come from either England or Spain, or even Correa’s native Argentina, do suggest they should be filed under ‘highly dubious’ at this stage.

We head across Stanley Park for this next rumour, with Everton reportedly interested in signing ex-Liverpool striker Christian Benteke.

Sky Sports claim Ronald Koeman is seeking to sign the Crystal Palace man as a replacement for Romelu Lukaku.

If Benteke did move to Goodison Park, he would follow in the footsteps of Nick Barmby, Peter Beardsley, Steve McMahon, Abel Xavier and Gary Ablett in playing for both Merseyside clubs. Finally, one player regularly rumoured to be on Klopp’s radar, James Rodriguez, has completed a surprise move from Real Madrid to Bayern Munich on a two-year loan.

On Tuesday, Liverpool were said to have turned down the opportunity to sign the Colombian, and now Real have made the bizarre decision to allow Rodriguez to join a major European rival.