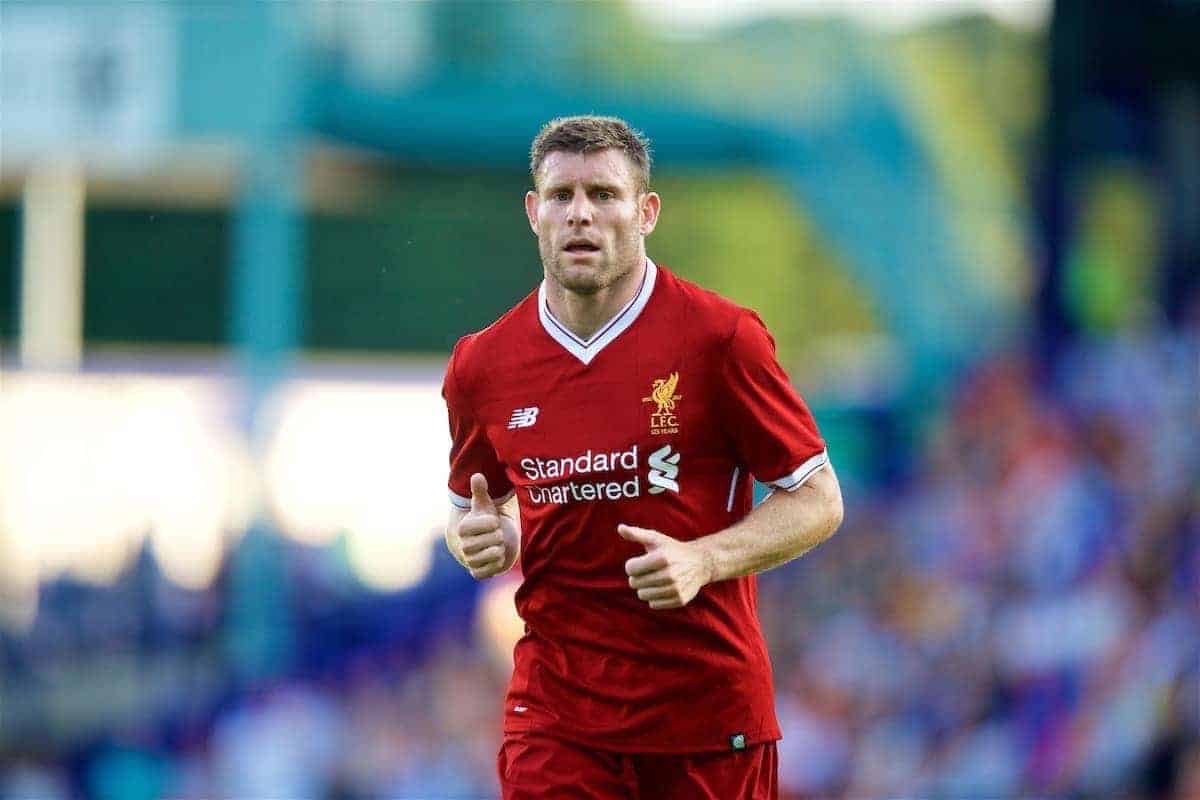 Liverpool left-back James Milner has returned to full training after a thigh injury, as the Reds continue their pre-season preparations in Germany.

Milner was forced off midway through the Reds’ 2-1 victory over Leicester City in the Premier League Asia Trophy in Hong Kong, replaced by Alberto Moreno.

The 31-year-old was expected to miss the entirety of Liverpool’s tour of Jurgen Klopp‘s homeland, which kicked off with a 3-0 win away to Hertha Berlin on Saturday.

But the club have now confirmed that Milner has join his team-mates for training on Sunday, as they gear up for the Audi Cup in Munich.

Liverpool are currently based in Rottach-Egern, 35 miles outside of the Bavarian capital, but will head to the Allianz Arena to take on Bayern Munich on Tuesday.

They will then face off against either Atletico Madrid or Napoli on Wednesday, depending on their result against the Bundesliga champions.

Milner could hope to feature in Munich, with the veteran now facing competition from summer arrival Andrew Robertson for the role of Klopp’s first-choice left-back.

Two players who could be sidelined for the Audi Cup, however, are Dejan Lovren and Divock Origi, who both pulled out of the clash with Hertha due to minor muscle problems.

Origi was in line to start at the Olympiastadion, but was replaced by Dominic Solanke after pulling up during the Reds’ warmup, with the Englishman going on to score the opener.

Both Lovren and Origi will continue to be monitored, joining Danny Ward (knee) and Nathaniel Clyne (back) as doubts against Munich, but Loris Karius is now fit to feature.

Otherwise, Klopp has a full compliment of players for the midweek tournament, with Trent Alexander-Arnold, Marko Grujic, Ben Woodburn and Danny Ings likely to come back into contention.

The quartet were left out of the trip to Berlin as they continued individual programmes in Rottach-Egern.