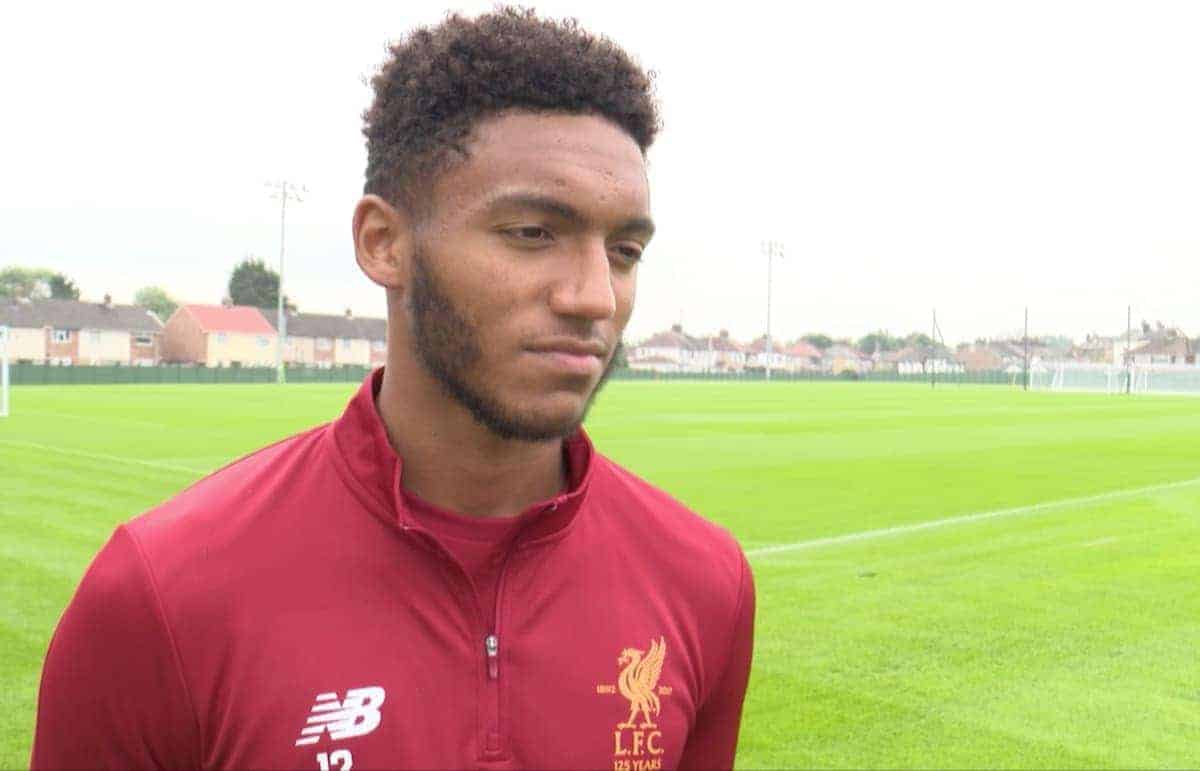 Joe Gomez says his main aim for the 2017/18 season is to be playing regular football, hinting that a move away from Liverpool could make sense.

Gomez’s Reds career has been one of great frustration to date, with terrible luck with injury stunting his growth at Anfield.

A cruciate ligament injury suffered on the eve of Jurgen Klopp‘s arrival in October 2015 kept him out for over a year, and he didn’t return until the FA Cup third round clash with Plymouth Argyle back in January.

Gomez clearly sees the importance of playing regularly again, following such a lengthy absence, but didn’t specify where he thought he would be playing next season.

“The main thing is getting regular football,” he said.

“I just want to get back to enjoying my football and playing consistently.

“I think that’s something I’ve missed over the last couple of seasons with the injury, but now it’s all in front of me. I just have to put in the work and be prepared to do it”.

With Virgil van Dijk still very much a key target for Liverpool, and Joel Matip, Dejan Lovren and Ragnar Klavan already in the squad, Gomez’s chances could be few and far between next season.

His ability and potential are there for all to see, but it is very hard to see him featuring prominently for the time being, following such a serious injury.

Gomez has previously described himself as “100 percent” fit, and the versatile defender will be hoping to feature in Wednesday night’s opening pre-season friendly at Tranmere.

But whether he will be able to secure regular first-team football at Anfield this season remains to be seen.

Gomez has been the subject of loan interest from a number of clubs this summer, most notably Chris Hughton’s newly promoted Brighton & Hove Albion.

Hughton confirmed that the Seagulls have approached Liverpool to discuss a possible move, but no decision has been made yet.

It is likely that Klopp will wait to monitor Gomez’s progress throughout pre-season before he sanctions a potential departure.

The England U21 international is well aware of the competition he faces on Merseyside, as he continued to preview the campaign ahead for Klopp’s ambitious side.

“This team, with this manager—it has all the attributes to be a top season,” he added.

“And obviously with European football this season that’s a great stage to play on. It’s just nice to be back amongst it.”

Gomez already has experience of playing in Europe from his first stretch under Brendan Rodgers in 2015/16, making starts against Bordeaux and FC Sion in the Europa League.

It was unfortunate that he suffered such a lengthy setback soon after, as Gomez is now left to start from zero this time out.