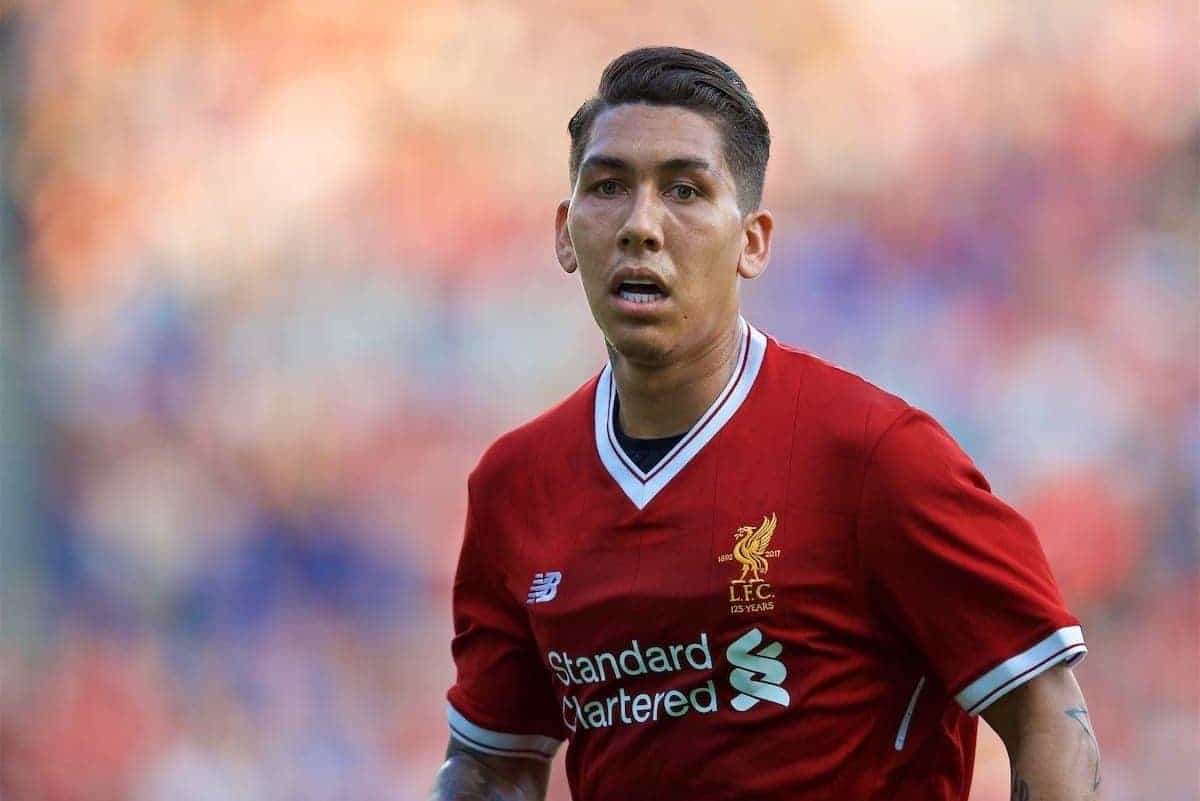 The Brazilian scored 12 times in 41 games in all competitions last season, ending the campaign as the Reds’ third-highest goalscorer.

No player created more than Firmino, however, assisting a further 11, and only Philippe Coutinho contributed the same number of goals and assists, with 23 combined.

Those basic stats overlook the efficiency of the new No. 9’s pressing game, along with his intelligent movement, with Klopp describing Firmino as “the best player without scoring.”

“With Roberto Firmino, people say he does not score enough. What?!” he told Goal‘s Melissa Reddy.

“He is the best player without scoring with how well he reads the game for the benefit of others. Outstanding!

“But then what if he starts thinking ‘oh, I need more goals’ and starts shooting from all over the place when usually, he would play a clever ball and make a run to open up the space?

“There needs to be one plan, one voice, one belief. It will not always be perfect, because we are not perfect, but it is our way.” The 25-year-old is set to head into the new campaign as Klopp’s first-choice centre-forward once again, with the German only adding England U20 international Dominic Solanke this summer.

Firmino finds himself ahead of Solanke, Daniel Sturridge, Divock Origi and Danny Ings in Klopp’s pecking order, and this is due to his excellent work both on and off the ball.

Last season, four Liverpool players scored 10 or more goals in all competitions, and it is this shared responsibility that makes Klopp’s attacking line so formidable.

Burdening Firmino with a demand to improve his output in front of goal would be detrimental because it is his selfless work rate, and his line-shifting movement, that allows his team-mates through.

FEATURE: Firmino – From false 9 to genuine 9

Crucially, this summer Klopp has added another winger to his squad in Mohamed Salah, with the Egyptian scoring twice in three outings so far this pre-season.

The Reds already have another goalscoring threat in their midst, and it would be remiss to suggest Firmino needs to improve his tally for next season, as that negates his primary duty.