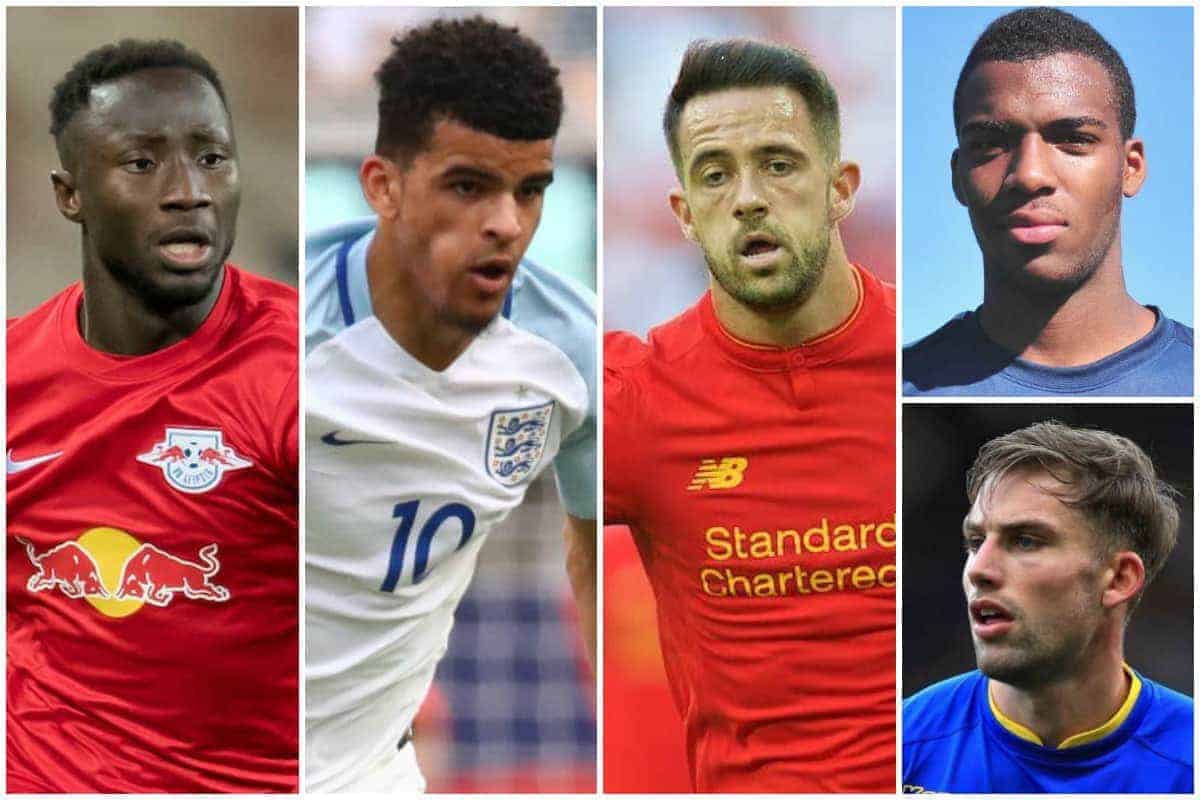 We continue our roundup of the latest Liverpool transfer news and rumours with more on the Reds’ most high-profile pursuit of the summer so far.

With Jurgen Klopp‘s side returning for pre-season training on Wednesday, the rumour mill was particularly quiet, largely focusing on loan moves for Adam Bogdan and Sam Hart.

The 50-year-old did stress, however, that his side “will be stronger” next season, hinting at further arrivals to complement new additions Mohamed Salah and Dominic Solanke.

So Thursday brings us more speculation over a possible £70 million move for a Bundesliga darling.

By now, Klopp’s desire to sign RB Leipzig midfielder Naby Keita is no secret, and nor is the German side’s resolve to keep him at the Red Bull Arena.

Leipzig value Keita at £70 million, and have stressed they are “immune” to approaches for the 22-year-old.

However, reports from Keita’s native Guinea have claimed that he has now told Leipzig he is looking to leave the club this summer, with Liverpool his preferred destination.

Previous speculation from journalist Amadou Makadji proved accurate last week, so it could be that Keita has in fact “reiterated his desire” to move on ahead of 2017/18.

…But Leipzig Adamant They Won’t Sell

If they want to get a deal over the line, Liverpool will still need to negotiate with Leipzig, and on Thursday afternoon Ralf Rangnick said they “will definitely not be letting any key players go.”

Speaking at a press conference ahead of the German side’s pre-season preparations, the Leipzig sporting director reaffirmed the club’s hardline stance.

“We will definitely not be letting any key players go. There’s nothing that will make us budge,” he told reporters.

“It’s totally normal for clubs to be interested in our players, but that doesn’t affect our stance on the matter.”

Is this just posturing from the Leipzig figurehead, or a genuine statement of intent? The first signing of Liverpool’s summer, Dominic Solanke has already begun training with Klopp’s squad at Melwood, despite not having been officially unveiled as a Reds player.

But while Klopp will likely be calling up the ex-Chelsea striker for next week’s clashes with Tranmere Rovers and Wigan Athletic, the club are still no closer to agreeing a fee with the Blues.

According to ESPN’s Glenn Price, there has been “no movement” with regards a tribunal to determine the compensation Liverpool will need to pay their Premier League rivals.

Using Danny Ings‘ move to Merseyside in 2015 as an example, Price suggested it could “take months” before Solanke’s price tag is determined.

It remains to be seen whether the 19-year-old surpasses Ings in terms of the fee paid, with the England international valued at an initial £6.5 million when he made the move from Burnley. After spending the summer undergoing an individual training programme, Danny Ings is eyeing a slow transition back into first-team football.

The 24-year-old has continued outdoor work at Melwood this week, and speaking on the Reds’ return for pre-season, insisted he was taking his time to regain his fitness.

“For now it’s just to get as healthy as I can, get as strong as I can and get fit,” he said.

“And to integrate with the lads as soon as possible and just build from there. I’m not setting any big targets.”

There had been speculation over a possible loan move for the striker, but it seems unlikely he will be leaving Merseyside any time soon. Arsenal sealed a £52.7 million deal to sign Alexandre Lacazette on Wednesday evening, with many Reds supporters lamenting Klopp’s reluctance to move for the proven goalscorer.

Liverpool could be vying with the Gunners for another of Arsene Wenger’s summer targets, however, if reports from France at to be believed.

According to Nice-Matin, the Reds join Arsenal and Tottenham Hotspur among the clubs pursuing AS Monaco’s versatile midfielder Thomas Lemar.

Lemar has already been rumoured to be on Klopp’s radar, and despite the addition of Salah, Liverpool remain a club touted with a move for the 21-year-old.

It is likely that the Reds are being used to drive up Lemar’s price tag, but he would certainly be a strong addition on Merseyside.

After one previously reported left-back target, Hull City‘s Josh Tymon, made the move to Stoke City on Wednesday, another spuriously linked defender has also switched clubs on Thursday.

Liverpool had been touted as a possible destination for Leeds United’s Charlie Taylor, but the 23-year-old has instead signed for Burnley on the expiry of his contract at Elland Road.

With Ryan Sessegnon agreeing a new deal with Fulham and Sead Kolasinac joining Arsenal on a free transfer, all signs point to Klopp pursuing Hull City‘s Andrew Robertson this summer.