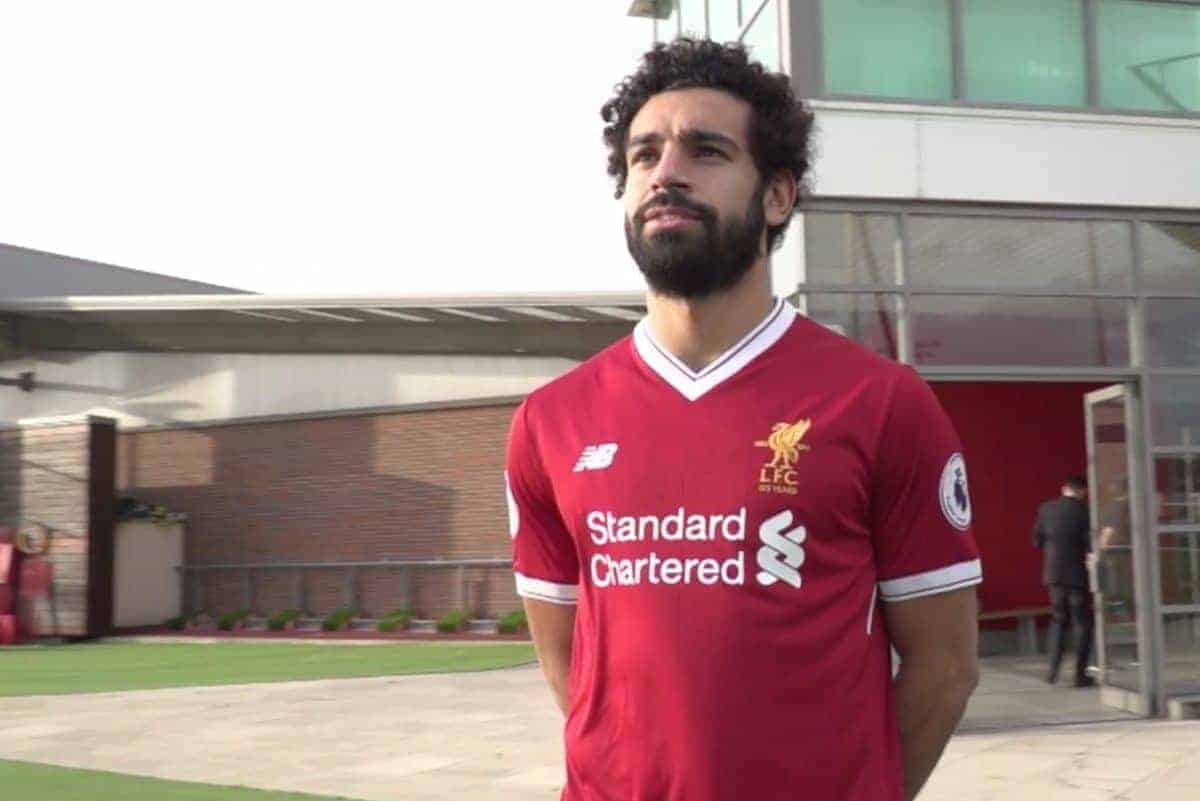 Liverpool’s club-record signing Mohamed Salah will report for his first day of pre-season training on Saturday, along with eight more of his team-mates.

Salah made the £36.9 million move from AS Roma last month, signing a five-year deal with the Reds, three-and-a-half years after their initial pursuit fell short.

The Egypt international then embarked on a summer break, with Jurgen Klopp affording his internationals an extended period away from Melwood.

Liverpool returned for pre-season training on Wednesday, with Nathaniel Clyne, Jordan Henderson and Roberto Firmino among those to join the first sessions of the summer.

Ovie Ejaria and Ben Woodburn returned a day later, while Sadio Mane is continuing his rehabilitation on Merseyside, with a view to joining training next week.

Now, the Reds have confirmed that Salah is among eight players who will make their way to training on Saturday.

This will give Salah his first opportunity to train alongside his new team-mates, with the 25-year-old eager to build relationships quickly.

“I would like to start the pre-season with the team so I can know everyone well, as a person and also as a player,” he said on his move. “I’m here at the right time.”

With Liverpool playing Tranmere Rovers at Prenton Park on July 12, Salah could make his maiden outing earlier than expected.

The winger has taken the No. 11 shirt at Anfield, with Firmino adopting the No. 9 last worn by Christian Benteke.

Adam Lallana, Emre Can and Philippe Coutinho will be the only key players yet to return for pre-season, with the trio set to make their way back later this month.