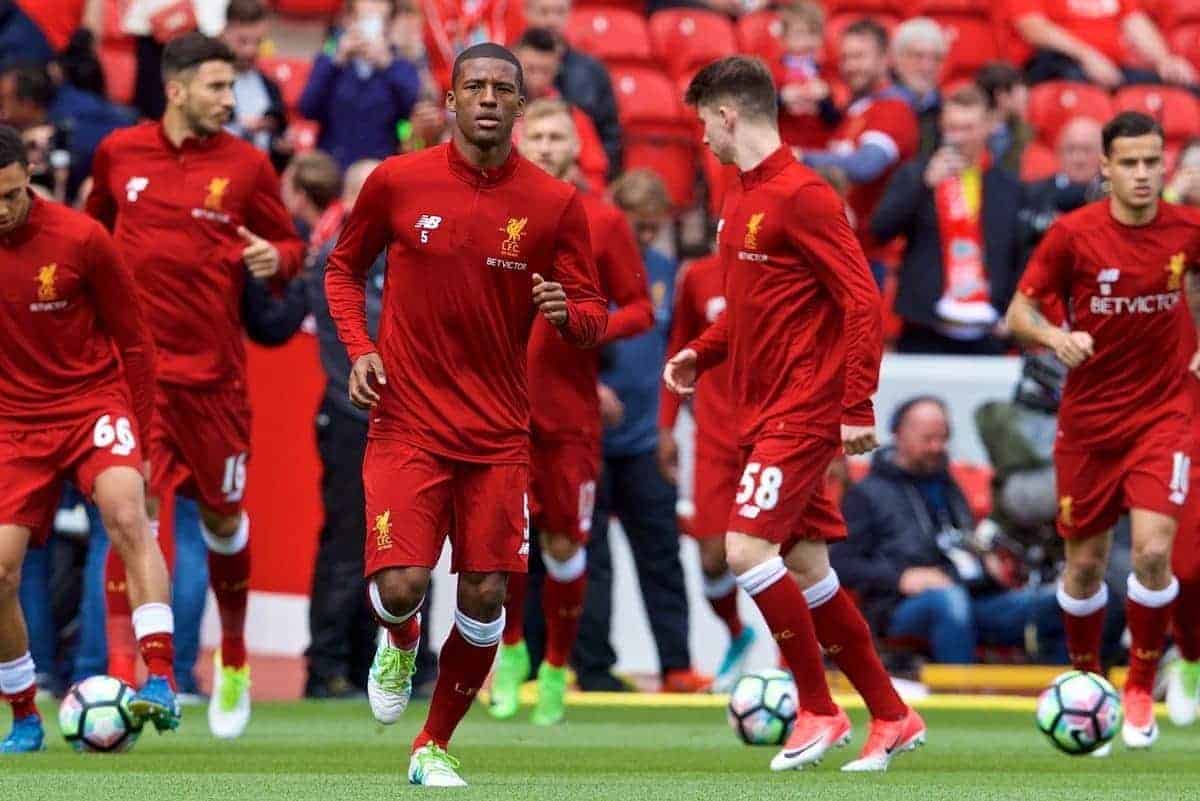 Liverpool will begin pre-season training ahead of the 2017/18 campaign on Wednesday, but Jurgen Klopp won’t have his full squad to call upon.

The Reds kick off the season away to Watford on August 12, but with over a month to go before that trip to Vicarage Road, there is plenty of work to be done.

Klopp will oversee his first training session of the summer at Melwood on Wednesday, a week ahead of Liverpool’s opening pre-season friendly, away to Tranmere Rovers on July 12.

After that, they will play a further seven warmup fixtures, including trips to Hong Kong and Germany, rounding off the summer against Athletic Bilbao in Dublin on August 5.

Due to another busy post-season of international friendlies and both the European U21 Championship and the Confederations Cup, however, some of Klopp’s key names won’t return on July 5.

The likes of Emre Can, Philippe Coutinho and Adam Lallana, therefore, aren’t expected to report for duty this week, nor are new signings Mohamed Salah and Dominic Solanke. Loris Karius should start pre-season as Klopp’s first-choice goalkeeper, having spent the summer on holiday in the United States, while Adam Bogdan is still on the books.

Jordan Henderson is expected to be fit following a long-term foot injury, and fellow midfielders Kevin Stewart, Cameron Brannagan and Pedro Chirivella should join him.

Like Henderson, Sadio Mane is also ready after undergoing surgery on his knee in April, but Danny Ings is set to continue his recovery.

Roberto Firmino, Daniel Sturridge, Ryan Kent and Rhian Brewster should also be back.

It remains unclear whether Allan Rodrigues or Taiwo Awoniyi will be back to train.

And the same can be said of Mamadou Sakho and Lazar Markovic, who are currently looking for new clubs.

The rest of Klopp’s squad will return over the coming weeks, with Can expected to be the last back.