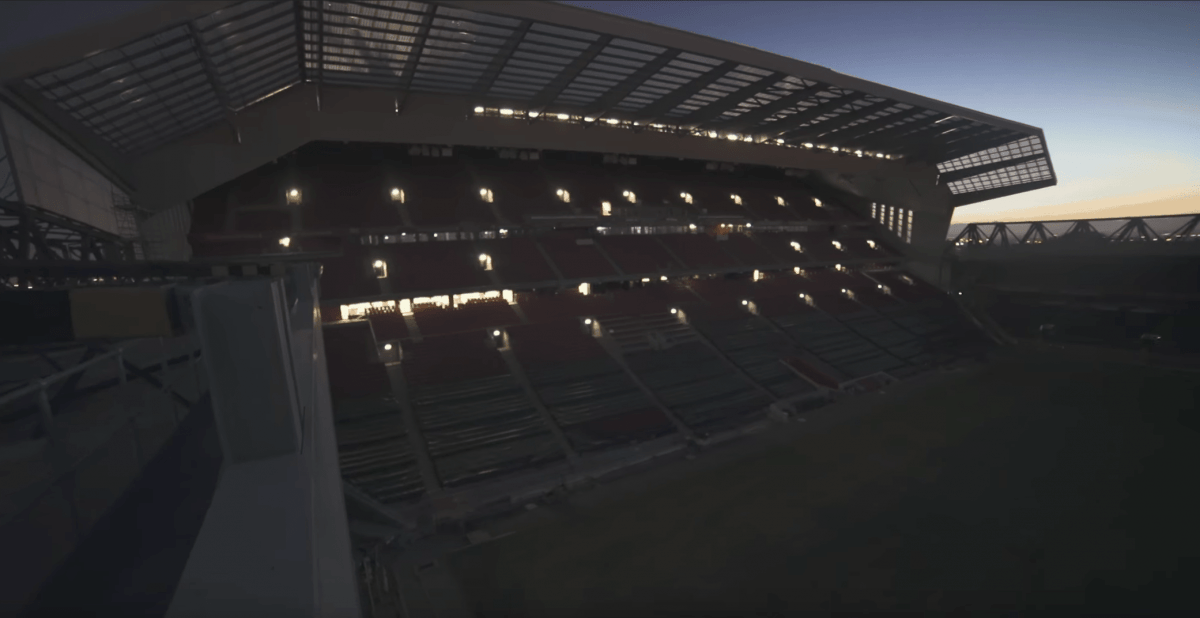 An incredible video shows an urban explorer sneaking into Liverpool’s Anfield stadium and climbing the roof.

The YouTuber documents his journey to Liverpool and then sneaking into Anfield before climbing the roof of the Kop to take in the view of the stadium.

Urban exploring has become trendy in recent years and there’s plenty of videos showing stadiums and other iconic structures being scaled.

Others to have been snuck into include West Ham‘s London Stadium and Arsenal‘s Emirates.