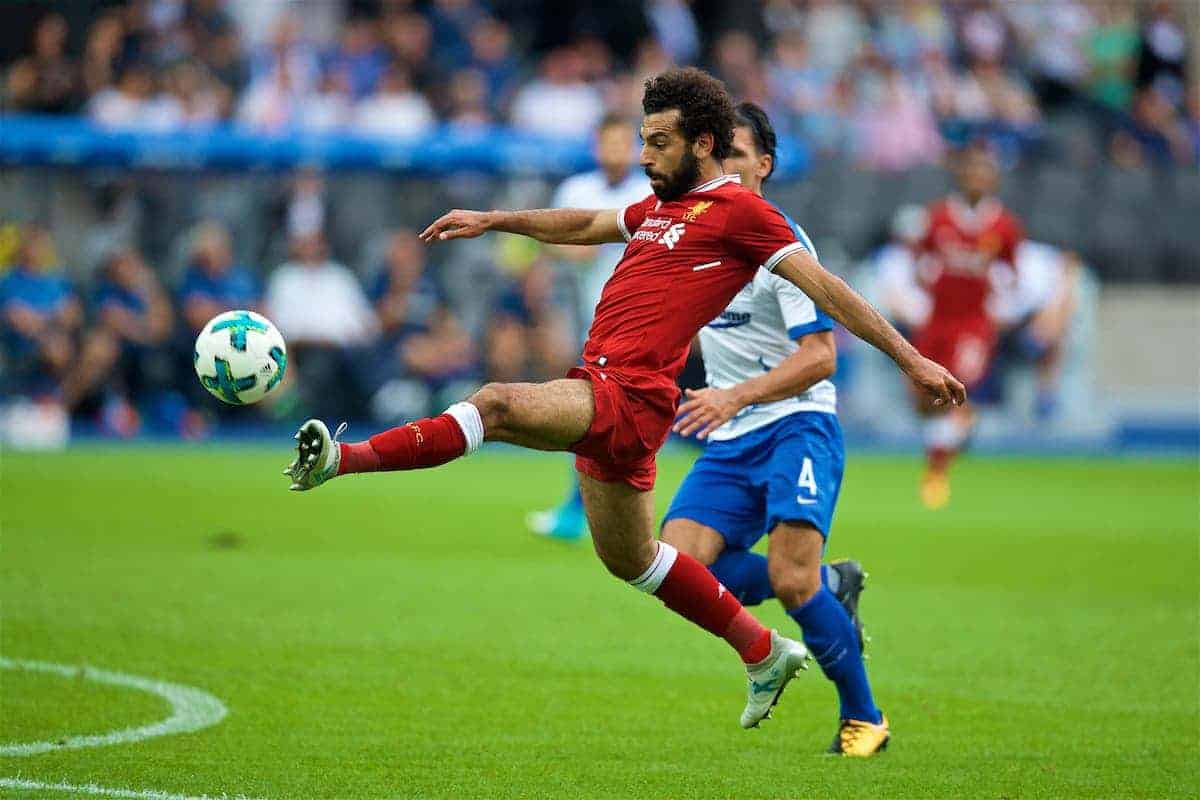 The Reds took to the Olympiastadion for the first of three games in Germany, as their preparations for the 2017/18 campaign continue.

Facing off against a solid Hertha side led by impressive young manager Pal Dardai, Liverpool had their work cut out for them in Berlin.

But through goals from Dominic Solanke, Georginio Wijnaldum and Mohamed Salah, they proved too much for the home side, who are also celebrating their 125th anniversary this year.

Speaking after the game, Klopp praised his side’s performance, but insisted there is considerable work left to do before the start of the season.

“We are not where we want to be but in pre-season you have to work hard,” he told LiverpoolFC.com.

“Especially in England, you have this one pre-season and then a long, long season.

“So in this moment it’s good that everybody looks really positive, that’s how it should be.

“The new players are maybe better than people thought they would be, that’s how it is.”

Liverpool’s next clash comes against Bayern Munich at the Allianz Arena on August 1, as part of the Audi Cup.

They will then take on either Atletico Madrid or Napoli the following day, depending on their result against the Bundesliga champions.

The Reds will then round off pre-season against La Liga side Athletic Bilbao in Dublin, before beginning the campaign away to Watford on August 12.