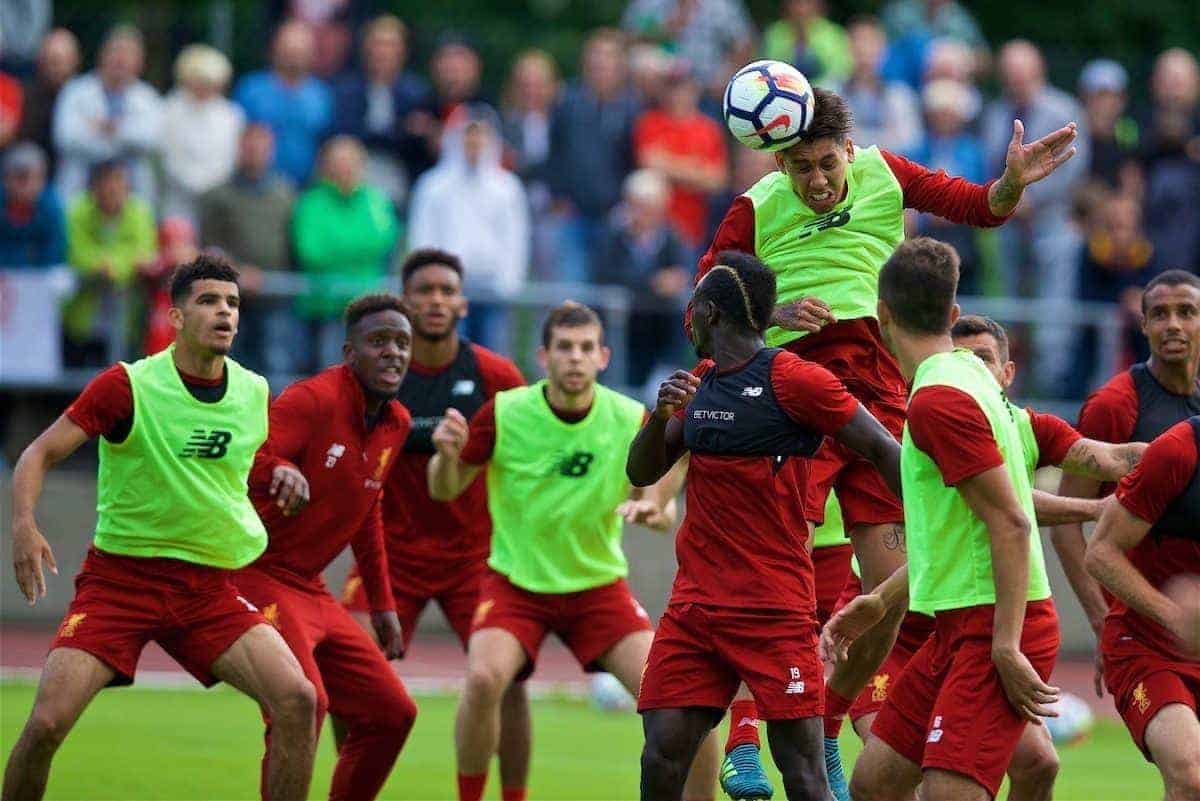 Jurgen Klopp oversaw an interesting exercise as Liverpool continued pre-season training in Germany, with the Reds only able to play with their heads.

Klopp’s squad are currently based in Rottach-Egern, 35 miles outside of Munich, as they continue preparations for the 2017/18 campaign.

The German is pushing his side through rigorous training exercises in his homeland, but they are also utilising the trip to bond as a group.

During an open session in the small Bavarian town, Klopp pitted his side against each other in a full-sized game—but they could only head the ball.

Speaking after the Reds’ intense Friday, in which they trained three times, Klopp explained the importance of managing the intensity of the campaign ahead.

“It was not the easiest day for the boys, especially in this part of the season, but as we’ve said before, we have to use the opportunities,” he told LiverpoolFC.com.

“Today was a day when we could do it—there are a lot of days coming up where we can do it, so we are happy.

“We could finish the runs at eight o’clock, at 11 o’clock we had a very important session and we left out a few of the boys—the younger lads—which is what we will do tomorrow also.

“We have to think a little bit about how we can deal with the intensity for them.”