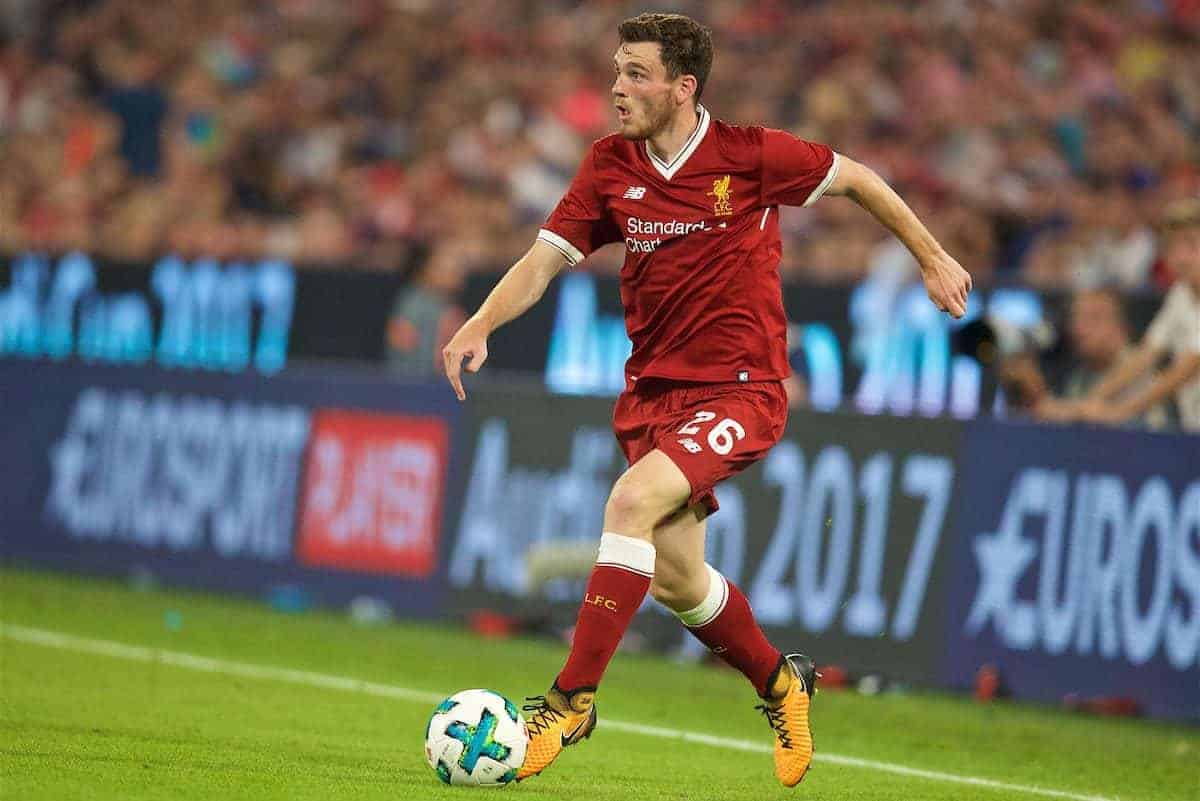 Jurgen Klopp has praised the ability of Andrew Robertson, but says he won’t be rushed into the team as he adapts to life at Liverpool.

Robertson arrived for £10 million from Hull City last month, with the general consensus that he would replace James Milner as the Reds’ first-choice left-back.

The Scot has yet to feature this season, though, with Alberto Moreno the surprise inclusion against both Watford and Hoffenheim.

Klopp has allayed any fears about Robertson making a slow start at Anfield, however, saying it is a case of letting him adjust to a new style.

“He is in a good moment,” Klopp told reporters, in his pre-Crystal Palace press conference on Thursday.

“His development so far is really good. He has adapted well and is a really, really good player.

“It is how it is, though, with a specialist left full-back. You can play but you can also not be in the squad.” “He is in a really good way and everything is fine from my side.

“He came in late and has to adapt to our style of play and all that stuff, but everything is ok.

“We will see (about Robertson featuring at the weekend). We came back yesterday and had a little session, and it was an intense game in Hoffenheim so we have one or two little things with players which we have to see.

“Things will change during the season a lot, and I’ve the told the players. It’s a long season ahead.

“If you train really good and work really hard, if you improve and develop, everything is going to be good at the end.”