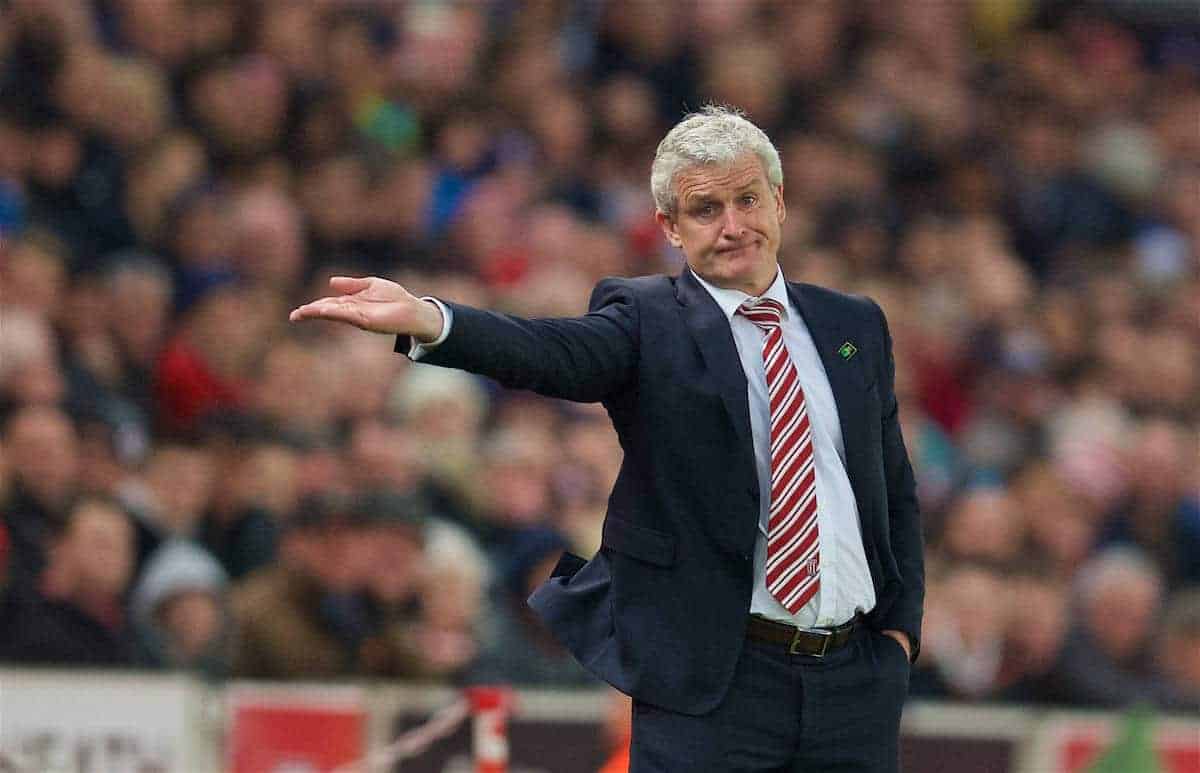 Stoke City continue to be an established Premier League side under Mark Hughes, and that shouldn’t change this season.

You have to take your hat off to Stoke, who have become such a solid outfit since promotion to the top flight in 2008.

They have never finished lower than 14th in the Premier League, securing ninth place in three of the last four campaigns.

Hughes has done a very good job at the Britannia Stadium, and while signs of things growing stagnant may have crept in, relegation still feels a long way off.

Darren Fletcher could prove to be a shrewd signing from West Brom, despite his ageing legs, while teenager Josh Tymon is an exciting acquisition from Hull City.

In truth, Stoke are not a side you will be desperate to watch this season, but they will chip away at points as the weeks and months pass, and once again be in that group of mid-table teams.

We spoke to Stoke supporter David Cowlishaw from the Wizards Of Drivel podcast (@wizardsofdrivel) to get his thoughts on how the Potters are shaping up ahead of the new season.

I’m not quite sure how I feel yet. On the face of it, there are a lot of reasons to be pessimistic: the squad overhaul many of us wanted this summer hasn’t fully materialised yet, our best player has joined West Ham and we haven’t spent much money.

That said, with a couple of additions in the right places, I think we could go into this season with some optimism.

Last season was dire in the most part, leading for many calls of ‘Hughes Out’, but this is an opportunity for Sparky to undo those mistakes and start again.

A return to the top half of the table would be great, but to be honest I just want to start enjoying Stoke games again.

Memorable results and performances were too few and far between last season, and our football was pedestrian and dull. If we can inject some excitement, and a sense of identity about the way we play, that will be significant progress.

Outside of that, well we always want a cup run and it would be nice if we got to see a couple of academy products get more game time.

We’ve filled in one of the corners at the Britannia Stadium, taking our capacity up a touch—which will hopefully have a beneficial effect on the atmosphere.

We’ve signed Darren Fletcher, who hopefully will prove to be an upgrade on Glenn Whelan, and Kurt Zouma on loan, which is a much-needed addition to the back line.

We also seem to be taking pre-season a lot more seriously, playing more games and giving more young players minutes on the pitch. Away fans’ pubs: It’s a fair walk to the ground from most of the pubs in Stoke-on-Trent itself, but the Glebe pub near the station is one of my favourites.

I tend to drink in Stone (a short train away) after a Stoke game, but there’s the Power League near the stadium and Hem Heath at the bottom of Stanley Matthews Way.

One piece of advice for visiting fan: We’ve heard ‘Stoke is a shithole’ before. Get new chants.

Mohamed Salah is a good signing and Liverpool are definitely progressing under Jurgen Klopp, so I’d back you to make the top four again.

I don’t think you quite have the same squad strength as Man City and Chelsea, though, and I think Tottenham have a better team—so it could be between you, Man United and Arsenal for fourth again.

That top six is very strong, however, and they could finish in any sequence.

Will former Red Joe Allen once again be a key man for the Potters in 2017/18?

If we work out what to do with him. After spells at No. 10 and further back in the midfield, Allen has been something of a difficult one to work out.

For all his obvious abilities, and his tenacity, for me his introduction has cost us the shape of our midfield. Perhaps partnering Fletcher will allow him to flourish in the middle of the park.