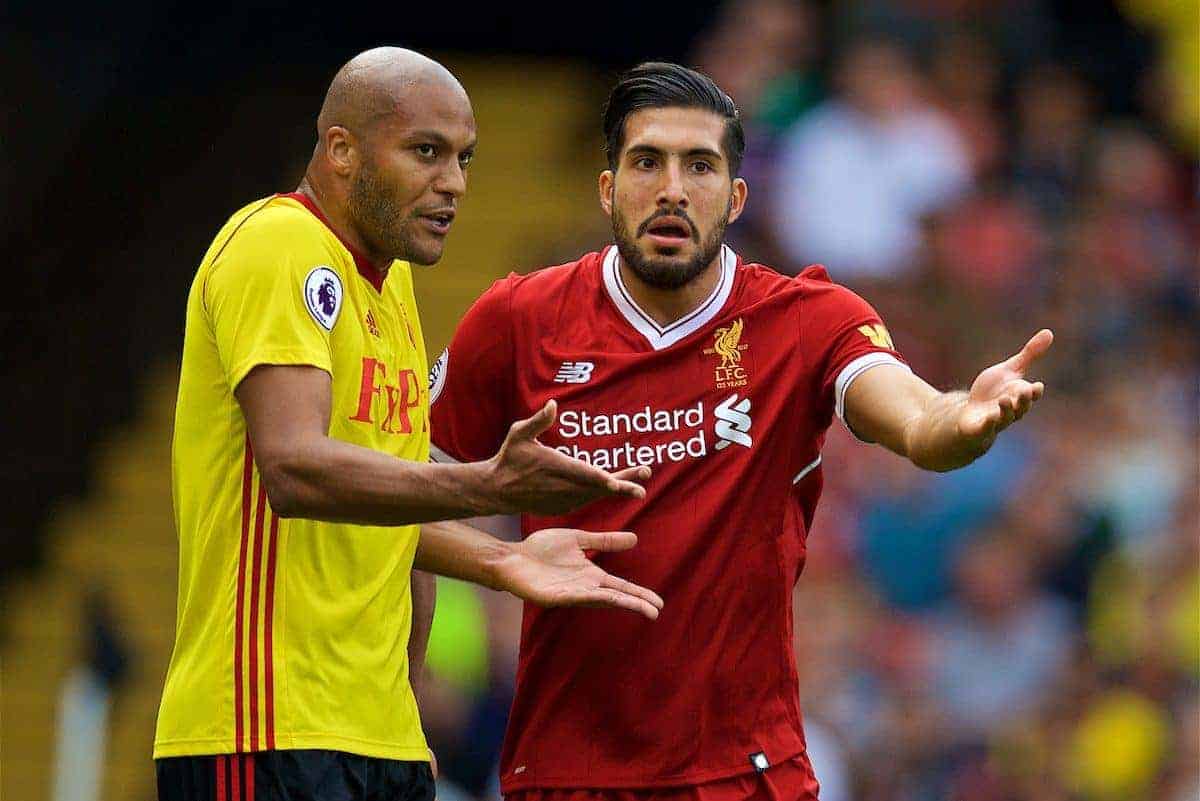 Liverpool drew 3-3 with Watford on Saturday afternoon, with atrocious defending yet again proving to be the Reds’ downfall.

Jurgen Klopp and his players opened their 2017/18 Premier League account at Vicarage Road, with the Philippe Coutinho saga hoping to be forgotten about for the time being, at least.

Alberto Moreno was given the nod at left-back over James Milner, and he was one of the few players to do adequately in a very poor first-half showing. Stefano Okaka headed the Hornets in front with an early goal, with Liverpool’s set-piece woes shining through before the campaign had barely got underway.

Simon Mignolet, preferred to Loris Karius and Danny Ward in goal, could do nothing about either of Watford‘s first-half strikes. Roberto Firmino and Sadio Mane were looking to make things happen in the final third, but it was a lifeless showing for much of the opening 45 minutes from Liverpool’s forwards. The only moment of quality in the first half was provided by Mane, who finished brilliantly after a lovely flowing move.

In the second half, Liverpool turned the game on its head, with Firmino’s penalty and debutant Mohamed Salah‘s close-range strike sending the travelling fans wild. Watford‘s last-gasp equaliser left a sour taste, though, but in truth, it was no more than Marco Silva’s hosts deserved.

All in all, it was a day to forget for Liverpool, and a downcast Klopp and captain Jordan Henderson saluted their brilliant supporters at the final whistle. Next up for the Reds is Tuesday’s Champions League play-off first leg away to Hoffenheim, which promises to be a real test of their credentials.