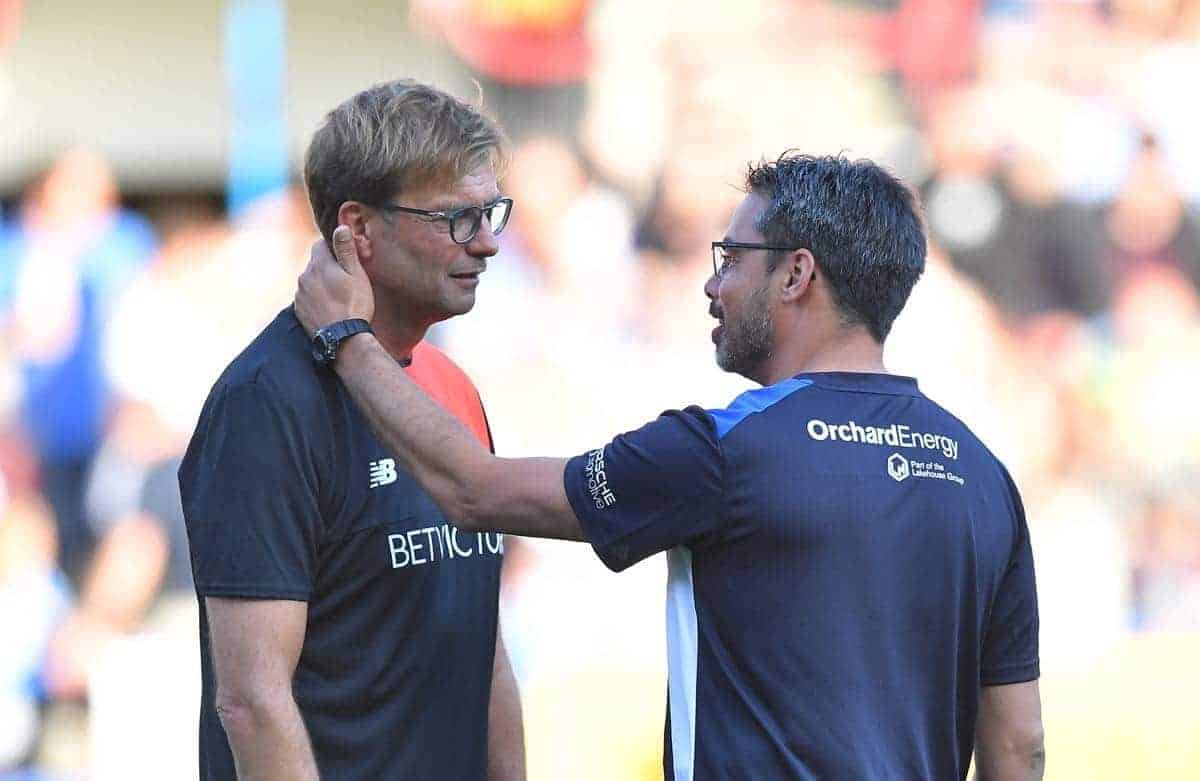 It’s a first ever season in the Premier League for Huddersfield Town, as David Wagner’s entertainers hope to prove the doubters wrong.

Not many tipped the Terriers to earn promotion from the Championship in 2016/17, but they produced a fairytale campaign.

Wagner’s influence was felt straight away, with Jurgen Klopp‘s close friend playing a brand of football similar to that of the Liverpool manager.

It is no great shock to see Huddersfield being tipped for relegation straight back to the second tier of English football, but they seem to thrive on being underdogs.

They have bought sensibly this summer, signing current Player of the Year Aaron Mooy on a permanent deal from Man City, and making exciting purchases in Montpellier’s Steve Mouney and Derby County’s Tom Ince.

Whatever happens in the next nine months, they will provide the “world’s greatest league” with some memorable moments, and ensure neutrals are willing them on most weeks. We spoke to Huddersfield fan and Supporter Liaison Officer Nathan Hosker to hear how he expects the Terriers to fare in 2017/18.

I’m optimistic. I think that this has been a prominent word in the Huddersfield Town vocabulary for the last 12 months.

No one expects us to be where we are, so I believe that the continued approach of the no pressure/no limits attitude that the squad/management/fanbase shares stands us in good stead for the upcoming season.

The club currently has a rare cohesion between the three aforementioned parties, and week by week, the wave of positivity experienced in recent times only strengthens this notion for all concerned.

Personally, I think the club’s aim is to survive in its first season back in the big time.

Forty-five years without top flight football is a long time for any fan to wait – some probably thought they would never see it again – so people are looking forward to the journey, myself included.

From a Supporter Liaison Officer perspective, this will be my fourth season with Town and with each new season comes exciting challenges.

The aim this season is to potentially incorporate a larger number of Supporter Liaison Officers at the club. The previous three seasons I have been the lone wolf, and in order to maximise the return from our fanbase, it is vital that more eyes and ears on the ground will help to develop that trust.

Fans will have more faces on the terraces that they recognise and can associate with.

The Premier League concept is new to me from a fan liaison perspective.

Key performance indicators have changed and catering for 20,000 season card holders is a nice challenge to have. The summer brings about contacting my opposing club counterparts and asking them for their advice/information on the upcoming season on travel/parking/where to stay/where to avoid/public service information. Away fans’ pubs: The Ropewalk next to the stadium complex welcomes and caters for away fans – along with this, there is The Cherry Tree located close to Huddersfield station.

The Head of Steam is also another option, which is located directly on platform one at Huddersfield station.

One piece of advice for visiting fan: The best entrance for away fans to come to the ground is down Gasworks Street/Stadium Way. This will directly lead you up to the correct side of the stadium an away fan requires to come and watch the match.

Liverpool’s success this season depends on whether or not the club keeps hold of Philippe Coutinho.

There has been a lot of speculation regarding his future but if the summer passes, the team reach the Champions League group stage and he stays, I think it will earmark a top-six finish.

Plenty of strength in depth is needed for a title and Champions League challenge, as I’m sure Jurgen Klopp is all too aware of.

If Jurgen Klopp allowed his good friend David Wagner to sign one player from Liverpool, who would you choose?

If Liverpool would like to give us Coutinho now then let’s get a deal done!

All joking aside, I think if Danny Ward had been allowed to come back to the club this summer it would have already happened. From the outside looking in, it appears Klopp thinks that Ward has the ability to challenge Simon Mignolet and Loris Karius for the number one jersey.

Ward is a confident keeper who will undoubtedly get better with age and experience. Performances throughout the season and his heroics at both Hillsborough and Wembley will forever live in Huddersfield Town folklore.

Where Nathan says Huddersfield will finish: I’m under no illusions, this coming season will be very testing. Terriers fans would agree with me in saying that they would snap people’s hands off for a 17th-place finish come May 2018. I’ll predict 16th.

Where Nathan says Liverpool will finish: Title challenging and a good run in Europe are what I imagine the Anfield faithful would like to see this coming season.

The future of Coutinho, summer investments and a squad free from injury remain key to any potential up-and-coming success. Major investment from both Manchester rivals, a reinforced Antonio Conte title-winning Chelsea and a refocussed Arsenal will provide tough competition, along with Champions League commitments. Predicted finish: 4th or 5th.

* Average of the TIA writers predictions.

We’ll be previewing all 19 opponents throughout the week as we build towards the opening weekend of the season.