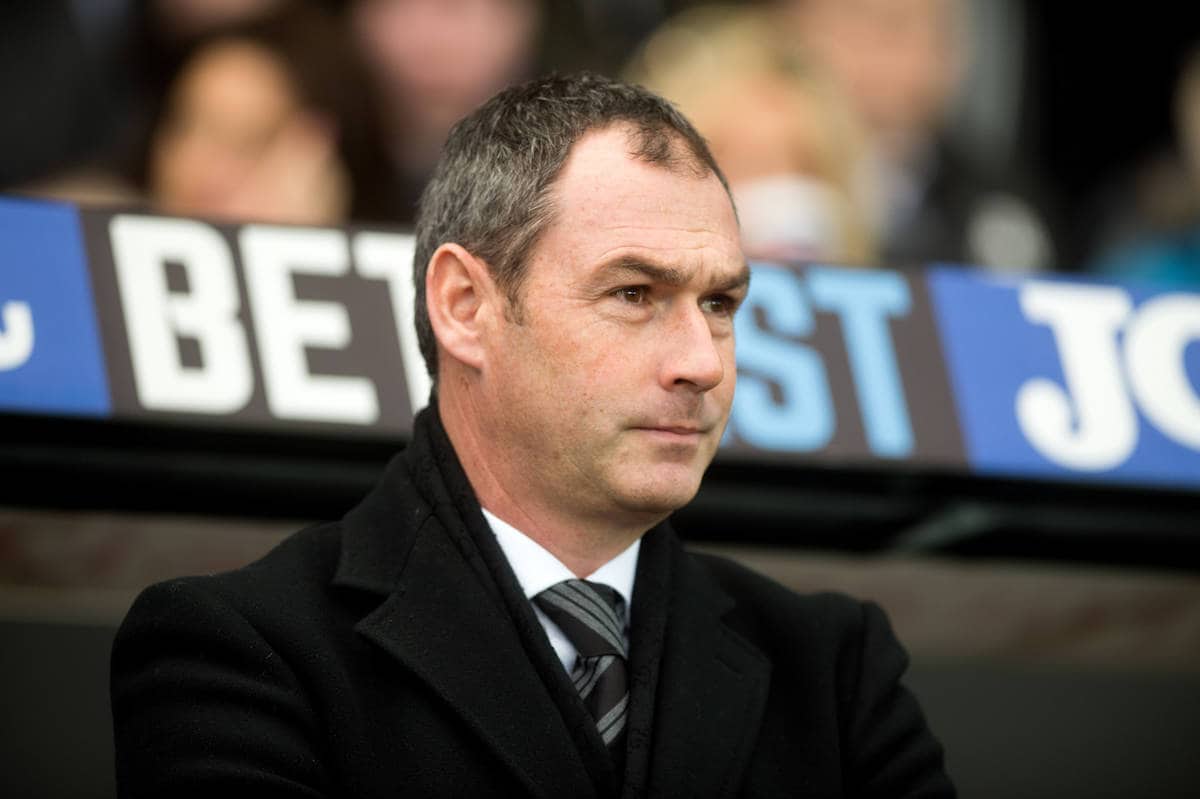 Paul Clement did a tremendous job of steering Swansea City clear of safety last season – it will be more of the same this time around.

Had it not been for Clement coming in and working his magic from the off in January – he guided them to a 3-2 victory at Anfield – there is every chance Swansea would be in the Championship currently.

The former Real Madrid coach has given the entire club a new lease of life, but this will again be a tricky season for his team.

The Swans look set to lose best player Gylfi Sigurdsson to Everton, and it is imperative that they spend that money wisely before the end of the transfer window.

Loan signing Tammy Abraham is one to watch up front, having shone so brightly for Bristol City last season, while midfielder Roque Mesa is an exciting purchase from Las Palmas.

Avoiding relegation again has to be the aim, but there shouldn’t be too much shame in that.

We spoke to Swansea supporter Kevin Elphick to hear about his expectations for the season, and Liverpool‘s chances of success.

I’m not as pessimistic as I was last season.

The fear of possible relegation was there this time last year, simply because of our poor and lazy transfer window, and the feeling that Francesco Guidolin wasn’t given full backing in that respect.

The transfer window hasn’t been inspiring so far, but there’s now a feeling at the club that we have a settled and experienced management team that can take us in a better direction in comparison to recent seasons. The on-going Gylfi Sigurdsson saga has held us back massively in bringing more players in, and we desperately need to get that sorted and bring some first-team players in. If not, I can’t see us doing much better than last season’s 15th-place finish.

It is vital now that we don’t just ‘limp on’ and struggle until the January transfer window once again, and are forced to make desperate signings to rescue our season.

We’ll have to act quickly now to strengthen as soon as the Sigurdsson deal to Everton has finally been completed.

Considering our last two seasons and experiencing relegation battles, simply avoiding relegation and reaching the 40-point mark is the first and main target.

We can aim for mid-table, and the potential is there for that as we have the right management team in place, but they need to be backed in the transfer window.

Hopefully, that will happen when Sigurdsson is sold, but it will be a rush now. Until we’re capable of being more ambitious in the transfer market, I can’t see us being strong enough to look towards a mid-table finish.

Roque Mesa and Tammy Abraham are our two first-team signings so far this summer, and both look like decent prospects after some good performances in pre-season.

Paul Clement is looking to take us back to being a possession team and playing out from defence, and Mesa will be key to getting that style back after a long delay.

Last year, Clement simply made the most of what he had and played to our obvious strengths, but you feel that we’ll look to be more adaptable now, rather than just looking to put crosses in for Fernando Llorente.

It will be a welcome return for the possession-based game, as we’ve lost our identity in recent years.

Away fans’ pubs: A lot of away fans tend to head for the Harvester and outside bars for drinks near the stadium. The Landore Social Club is cheap and welcome to away fans.

One piece of advice for visiting fan: Wind Street is full of pubs and bars and is worth a visit in the city centre before heading to the stadium.

How do you rate Liverpool‘s chances heading into the season?

I think it’s going to be more competitive at the top next season as I expect the two Manchester sides to improve, so hopefully it will be a more open title race.

I still have doubts on whether you’ve tightened up at the back, but the main thing is beating more teams in the bottom-half – your achilles heel last year.

You won’t have enough to compete for the title, but you should consolidate your top-four place.

Who do you see as Liverpool‘s three key players?

I could just name the front-three, but I have to include the defence as that needs improving to be serious title contenders.

Up front, I’m looking forward to seeing how Mohamed Salah adapts in the Premier League – Liverpool potentially have a lethal front-three if he hits the ground running.

Last season, you didn’t look quite the same side without Sadio Mane. He was on top form and keeping him fit will be
key.

I can’t decide between the two centre-backs, as both need to step up. Conceding from set-pieces is still a problem, and improving in that area will be crucial to the defensive unit as a whole.