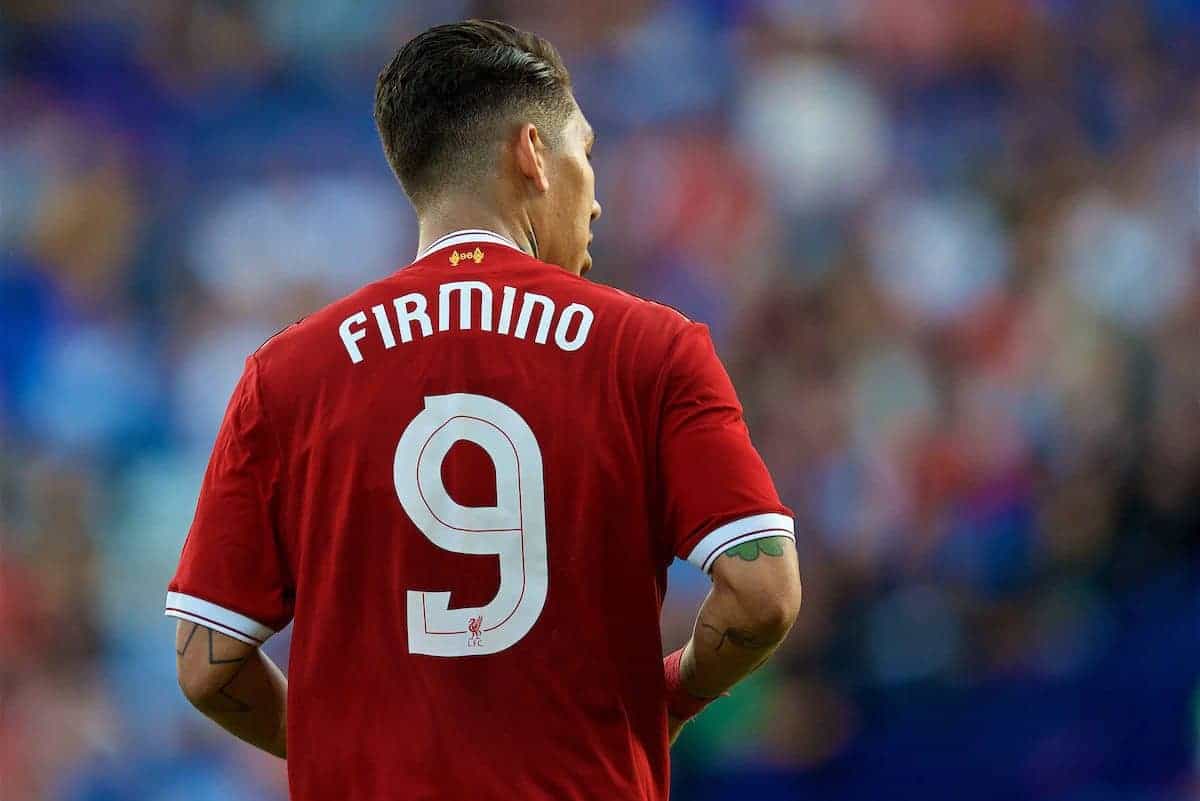 While Roberto Firmino is already established as a key player at Liverpool, Hoffenheim scout Lutz Pfannenstiel insists “he will get even better.”

Firmino joined the Reds from the Bundesliga side in 2015, for £29 million, and has so far made 91 appearances for the club, scoring 24 goals and assisting 23.

The Brazilian took the No. 9 shirt following Mohamed Salah‘s arrival this summer, and marked his first competitive outing since with a goal and an assist in Saturday’s 3-3 draw at Watford.

Particularly impressive in the second half at Vicarage Road, Firmino’s contribution was undermined by Liverpool’s lacklustre defensive effort.

But he can look to make a more decisive impact against his former club in Tuesday night’s Champions League play-off first leg at the Rhein-Neckar-Arena.

And Pfannenstiel, who claims he discovered Firmino on Football Manager before prompting his move to Hoffenheim, believes he is only getting started.

“Roberto is a typical example for our philosophy. We found him in Brazil as a youngster when not many people knew about him,” he told LiverpoolFC.com.

“Firmino put a lot of extra work in, the coaches developed him into a top player and it was normal for us that he moved to a huge club like Liverpool.

“Firmino is not a typical Brazilian player: he took on a lot of the German mentality and I believe that his way of playing football fits perfectly with Jurgen Klopp’s style.

“I believe Roberto has already proved that he is a top player—but trust me, he will get even better.”

After their disappointing Premier League opener, the Reds are under major pressure to perform as they take to Sinsheim in midweek.

Though they will head into the clash as underdogs, particularly having parted ways with key duo Niklas Sule and Sebastian Rudy over the summer, Hoffenheim will be hoping to cause an upset.

And Pfannenstiel has described the tie as “the biggest game in our club’s young history.”

“The first reaction was, of course, ‘why Liverpool?’, but looking at it realistically, I think it is a special draw,” he explained.

“Every player must be burning to play at Anfield. It is the biggest game in our club’s young history.

“Most experts see the Reds as the big favourites, but at the end of the day we are not travelling to Liverpool just to listen to You’ll Never Walk Alone.

“If you reach this point in the competition then you want to go all the way.

“Jurgen Klopp is a legend in Germany and is already on his way to becoming a legend in England.

“But at the end of the day, it is not Klopp versus a German club—it is Liverpool against Hoffenheim.

With Liverpool likely still without Nathaniel Clyne, Adam Lallana, Philippe Coutinho and Daniel Sturridge, Firmino may well be the key man once again.