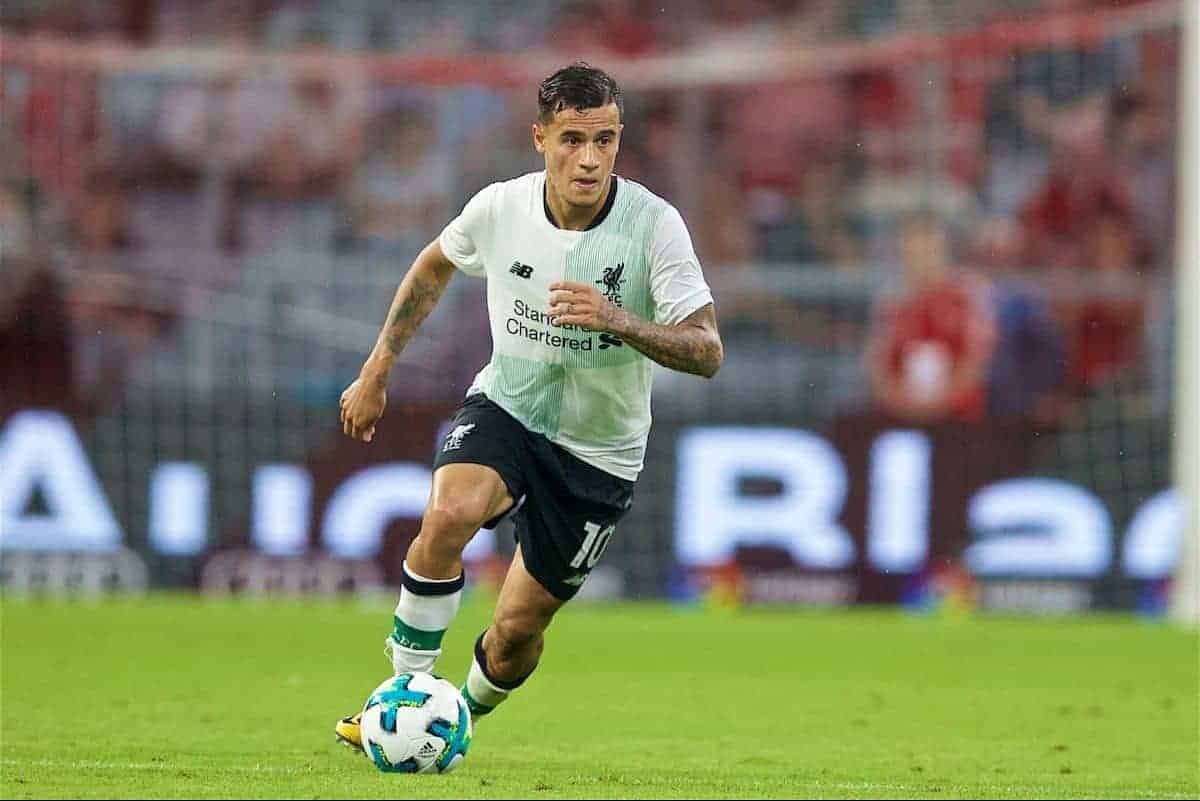 With Philippe Coutinho dealing Liverpool a major blow by handing in a transfer request last week, Jurgen Klopp is said to be personally affected.

The Brazilian revealed his desire to leave in an email to sporting director Michael Edwards on Friday, following two failed bids from Barcelona.

Liverpool are said to have rejected Coutinho’s request, but with the Spanish giants looming, the threat of a late move to Catalonia remains.

Following Barcelona’s initial £72 million offer for the midfielder, Klopp is reported to have told Coutinho he would not be sold this summer, after signing a new five-year deal in January.

But according to the Times‘ Jonathan Northcroft, the No. 10’s transgression has hamstrung the manager.

Northcroft claims that “Klopp, who puts such energy into creating group morale, is said to feel personally let down.”

He refers to Klopp’s response to Coutinho’s transfer request during his post-match press conference following Liverpool’s 3-3 draw away to Watford on Saturday afternoon.

The 50-year-old told reporters that “you have to ask the club,” later adding “if bosses decide, for example, just in general, to sell a player or we don’t sell him, then I have to accept it.”

Klopp clearly planned to build his side around Coutinho in 2017/18, with the ex-Inter Milan playmaker expected to take up a focal, creative role in midfield.

With the signing of Mohamed Salah providing Klopp with another top-level winger, Coutinho would be able to pull the strings behind the trio of the Egyptian, Sadio Mane and Roberto Firmino.

But now, he could be left to forge on without his main outlet, and there were already clear deficiencies in midfield at Vicarage Road.

Reports over the weekend claimed that Klopp would turn to Napoli’s Lorenzo Insigne and Schalke’s Max Meyer as alternatives if Liverpool do sell Coutinho.

They remain unlikely, but the German has conceded that the Reds need to make further signings before the window closes on August 31.