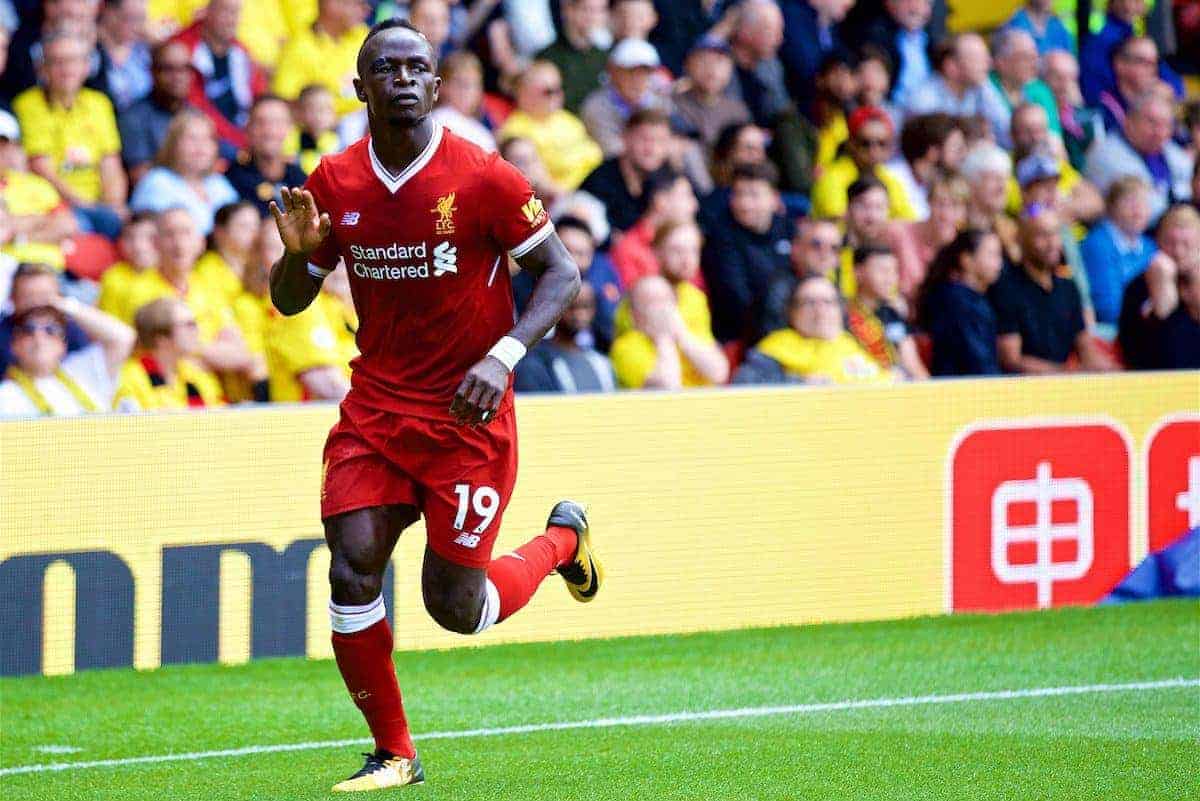 Jurgen Klopp‘s Liverpool squad were left “disappointed” after Saturday’s 3-3 draw at Watford, as they look to swiftly remedy their display in midweek.

Goals from Sadio Mane, Roberto Firmino and debutant Mohamed Salah were not enough to take the three points from Vicarage Road, as the Hornets produced a battling performance.

Stefano Okaka had opened the scoring with a header from a corner, before Abdoulaye Doucoure cancelled out Mane’s wonderstrike before half-time.

And with a quick-fire double from Firmino and Salah looking set to hand Liverpool the victory, Miguel Britos bundled home an equaliser in stoppage time to burst the Reds’ bubble.

“I’m a little bit disappointed, we should defend better in this kind of game,” Mane told LFCTV.

The 25-year-old was arguably the Reds’ best player on the afternoon, and continuing his assessment of the result he stressed that Liverpool should be capable of defeating the Hornets.

“We’re all professional football players, so I think we’ll use this. It can happen in football,” he added.

“With all the respect to Watford, I think we should win. We had the better team.

“But still, it’s football: we’re going to accept it and forget it and try to be ready for the next game.”

The notion of building on Saturday’s performance with improvement in Tuesday night’s Champions League play-off clash with Hoffenheim was prevalent as Klopp’s squad took to social media, too.

“Not the result we wanted! But we will take the positives. Thank you for your support,” Georginio Wijnaldum wrote.

Trent Alexander-Arnold said that the squad were “focused on another important game this week,” describing the draw in Hertfordshire as a “disappointing result.”

This was reflected in Jordan Henderson‘s evaluation, too, with the captain ruing Watford‘s late equaliser.

“Disappointed we didn’t see the game out but still a lot of positives to take from it,” he told his followers. “Another big game for us coming up, thanks for the brilliant support once again.”

And Dejan Lovren, who endured a hit-and-miss afternoon at centre-back, vowed to “keep working and keep fighting.”

With a strong contingent of supporters backing Liverpool on Saturday, Wijnaldum, Alexander-Arnold, Henderson and Lovren all thanked the travelling Kop.

The hope will be that this is reflected in their display at the Rhein-Neckar-Arena on Tuesday night, as the Reds will need to be on their best form to seal a result against Hoffenheim.