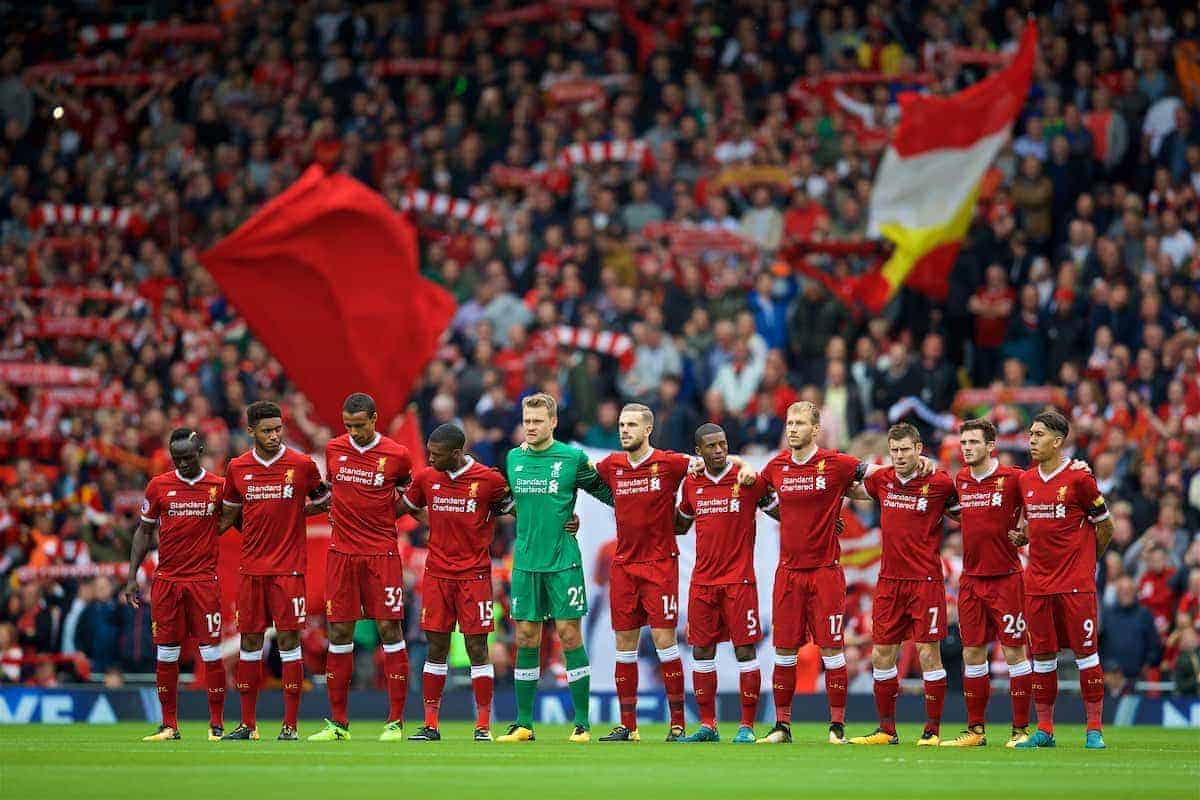 Liverpool scraped a 1-0 win against Crystal Palace in a performance which featured some impressive new faces and some familiar old ones.

Had nothing to do for the majority of the first half and barely touched the ball, but remained alert to save well from Jason Puncheon towards the end of this first period.

The second half was more of the same but he did have a few balls to collect, and came through a crowd to claim a cross impressively late on.

Deputised well in a position where he is now probably third choice when everyone is fit. Has good pace for his size and is naturally better in the air than the other options in the position.

Showed good awareness to clear at the far post when crosses made it as far as him.

Crossed impressively for Mohamed Salah in the second half, when he saw more of the ball. Also contributed well to the buildup play.

Had a good chance from an Andrew Robertson free-kick but headed off target. Should have done better with it.

Defensively he looked a lot more comfortable than in his recent games alongside Dejan Lovren, and he made a number of key interventions both in the air and on the ground.

Made a total of five tackles, more than any other player on the pitch, which showed he was busy despite Liverpool’s domination of possession.

Comfortable on the ball and regularly showed some good touches. Did well aerially, so much so that Christian Benteke resorted to throwing a forearm into his face.

Looks to have better anticipation, positioning and more composure than Lovren.

Couldn’t stop Ruben Loftus-Cheek gliding by him, however, and the Palace midfielder set Benteke up for a chance the former Liverpool man should have taken.

It was a let off for Klavan, who had otherwise performed impressively.

Made an encouraging start with a couple of good crosses which troubled the Palace defence.

Went on to create numerous chances from the left, including crosses for Matip and Sadio Mane who should both have scored but couldn’t get the right connection on their efforts.

Also set up James Milner with a good through ball behind the defence, but the vice-captain couldn’t finish.

He was quieter in the second half but was involved in the goal, combining with Mane before the mixup in the Palace defence.

If Liverpool had a left-back problem, it’s now been solved.

Hit and miss with his passing but looked slightly better defensively than he has done in the season’s other games.

Despite this he still couldn’t make an impact on the game in an attacking sense, and he was at the base of a midfield which failed to create.

Another game where his passing accuracy was below 80 percent, which isn’t good enough for a player in his role.

Was fairly quiet until a surprise shot from distance at the start of the first half had Wayne Hennessey at full stretch.

Continued to drift beneath the radar for the rest of the game, and in his chance to shine he failed to sort his feet out when presented with a good opportunity in he area.

Covered well when Robertson attacked down the left, and at times was almost playing his left-back role from last season.

The pair linked up well down the their flank, and Milner had a good early chance.

Gave away a couple of silly fouls in dangerous areas, but with Lucas Leiva gone and Emre Can and Marko Grujic on the bench, someone has to fill this role…

Despite some sloppiness, he was the best of a bad bunch in midfield, which is good for Milner’s chances in the team this season—but probably worrying for Liverpool.

Has been the standout player in an average side so far this season, and Saturday was no different.

He was a bit untidy at times, but his drive and his will to take his team forward means he’s always a threat.

After a poor touch from Robertson’s pass, the ball rebounded to him behind the Palace defence and he finished well past Hennessey.

That he was alert to the loose ball was a prime example of his drive and awareness.

Regularly found space to provide an option up front, even if the ball didn’t always make its way to him.

If he was out of the game for a period of time, he would drop deep to get on the ball.

Did well to create space for a shot in the first but blazed the effort into the Anfield Road end.

It wasn’t a bad display from the striker on his first appearance of the season, but he was substituted just after the hour mark.

Worked hard off the ball down the left but couldn’t impact the game in an attacking sense until the second half.

Sent a powerful effort just over and into the Kop, and saw another shot blocked shortly after—though he did win the ball back again straight after.

Had a couple more shots in the second half, and he looked more dangerous once he moved into the centre-forward position. Injected another dose of speed into the side and had the opposition defence worried.

He met a Gomez cross with a header at the far post, which was an instance of the good movement he possesses along the opposition back line.

Played a part in the goal by challenging the Palace defenders as they were unsure which one of them would deal with the threat.

The rebound fell to Mane to give Liverpool the win, which hadn’t looked like it was coming.

He was sent on by Klopp to provide another attacking threat, and he did his job well. Klopp started the game with a much-changed side and these new faces contributed well, especially in defence.

Klavan, Gomez and particularly Robertson all put in good performances, while Milner’s inclusion was tactically important.

The vice-captain did well to cover Robertson’s attacking runs, and it was something they’d obviously worked on after recent defensive troubles in this area of the midfield.

Sturridge got an important 60 minutes under his belt, which also gave Salah a rest ahead of the important Champions League tie next week.

The German got his substitutions right, but it was easier for him with options such as Salah and Solanke on the bench.

Klopp will ultimately happy that he has three points at this difficult stage in the season, regardless of the manner they were gained.