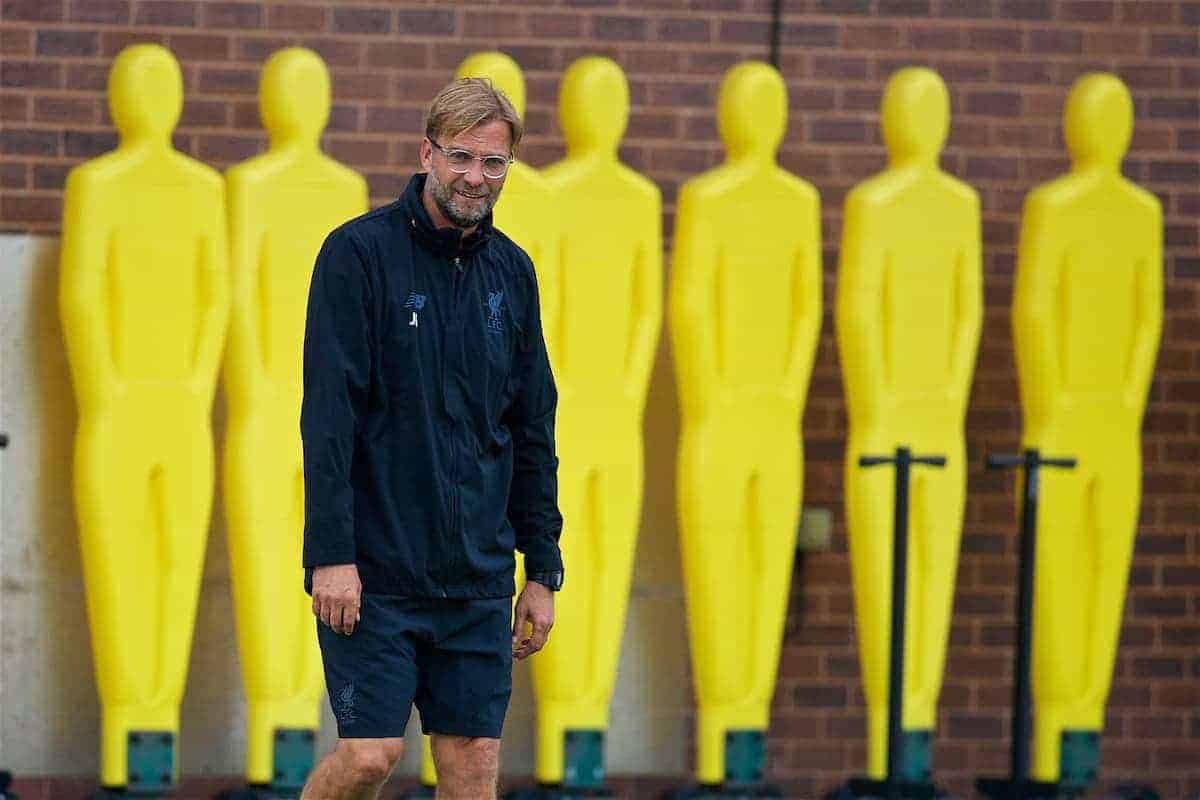 Jurgen Klopp has revealed he is facing no new major injury concerns as he prepares his Liverpool side to take on Arsenal at Anfield.

The Reds will host Arsene Wenger’s side in their first top-six clash since the start of the season, buoyed by qualification for the Champions League.

Klopp has led Liverpool to three wins and a draw so far this season, and will be hoping for another strong display against the Gunners on Sunday afternoon.

Due to the demands of Wednesday night’s 4-2 victory over Hoffenheim, however, the 50-year-old could be expected to contend with further fitness issues within his squad.

But speaking at Melwood on Friday, Klopp insisted that the group should be similar that called upon in midweek.

“Little things, nothing major,” he said when asked about injuries.

“Trent [Alexander-Arnold] had a little dead leg, not too serious. Emre [Can], twisted a little bit, shouldn’t be that serious.

“Nothing happened yesterday, so we should be OK.”

The German also revealed that Georginio Wijnaldum should be available, after returning to Rotterdam on Thursday for the birth of his second child, Jacian.

“If nothing happens [he is available],” Klopp explained. “I told him because I’m experienced in this part of life, when the baby is there, go. But he’s available.”

While Alexander-Arnold and Can should be considered doubts, it is likely that Nathaniel Clyne (back), Adam Lallana (thigh) and Philippe Coutinho (virus) are Klopp’s only other concerns.