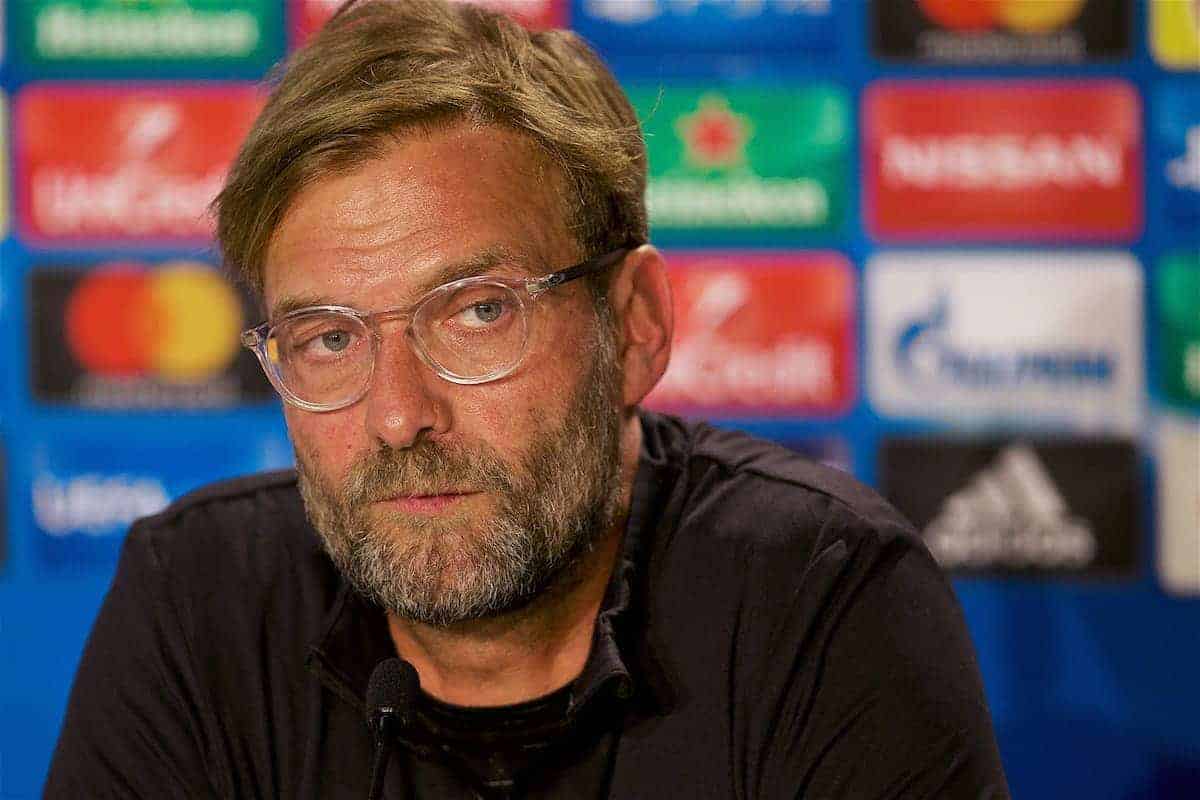 After a disappointing start to the Premier League season, the Reds immediately turn focus to the fight for a place in the Champions League group stage.

Klopp’s men play the first of two vital ties against Julian Nagelsmann’s team, who have already struck fear into supporters having scored the most set-piece goals in the Bundesliga last season.

The Reds have no time to wallow after the frustrating draw at Watford though, and a vast improvement is needed to have any chance of bringing a positive result back to Anfield.

That will be easier said than done with Klopp forced to go without several key players again, and the boss has troublingly little quality available to freshen his side for the crucial first leg. Klopp rightly fielded his best possible lineup for the season opener at Watford—even though the crunch European first leg loomed large in the background.

That XI selected at Vicarage Road formed the strongest side currently available, and with precious little senior quality to introduce, Klopp could name the same team in Germany.

It’s far from the ideal arrangement for such a crucial fixture, leaving Klopp—and the rest of us—simply having to hope for a better display—defensively at least—from the same selection.

But there is little other choice available, meaning the boss will also be left praying Mane, Salah and Firmino can again fire on all cylinders up the other end. It borders on unacceptable that the squad is as weak and as short on numbers and quality as it is—with failure to adequately bolster the group during the summer now looking even more costly.

Though injuries also haven’t helped, it’s left Klopp unable to strengthen and very little room to freshen his team without weakening the XI—posing a big problem when looking for an improved performance.

The majority of the lineup is therefore likely to go untouched, but Klopp does have a couple of options to at least attempt to find some solidity in a continually dysfunctional defence.

This could see Gomez and Milner—who both came on as second-half substitutes at Watford—start at full-back, replacing Trent Alexander-Arnold and Alberto Moreno.

The defensive switches are likely to be the only changes made, and with the rest of the team staying the same, this would be Liverpool’s starting XI: The season has started in far from ideal fashion, but Klopp’s men must put all frustration to one side and concentrate on securing a much-needed positive result to bring back to Anfield.