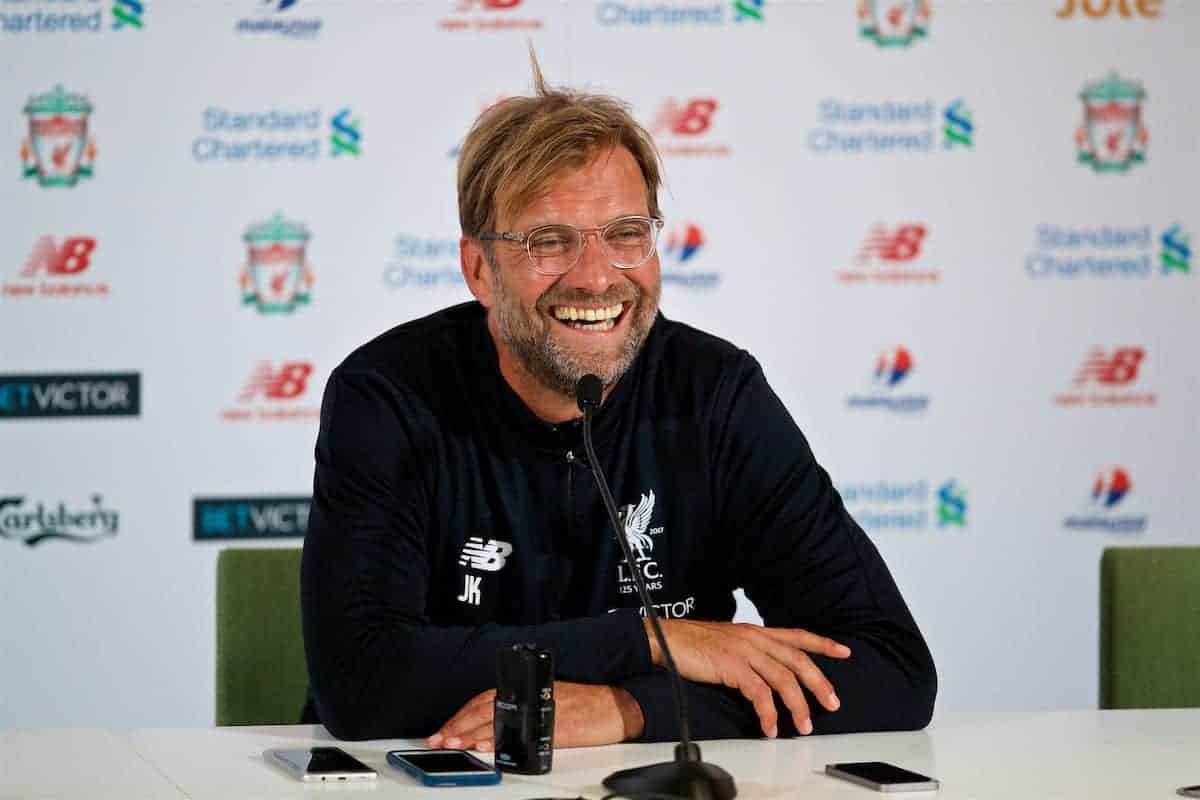 Following Liverpool’s 3-1 win over Athletic Bilbao on Saturday evening, Jurgen Klopp reflected on pre-season and looked to the campaign ahead.

Goals from Roberto Firmino, Ben Woodburn and Dominic Solanke saw the Reds seal their sixth victory of the summer, with Inaki Williams’ first-half strike a mere consolation for Bilbao.

Liverpool will now head into the 2017/18 season in positive spirits, with a trip to take on Watford awaiting them on August 12.

Speaking after the win at the Aviva Stadium in Dublin, Klopp attested to the productivity of his side over a busy pre-season.

“I said before the game that pre-season so far has been really good,” he explained.

“We’ve played a lot of games and we didn’t lose one, we had two draws and lost on a penalty shootout to Atletico.

“But that’s a good sign. Performance-wise, most of the time good or even better.”

The German was also full of praise for the “outstanding” support of the Irish supporters, saying “I was really touched by the atmosphere.” He went on to discuss the summer’s transfer activity, claiming the likes of Solanke, Alberto Moreno and Ryan Kent had solved some problems with their progress throughout pre-season.

And Klopp provided an update on the fitness of Philippe Coutinho and Jordan Henderson, suggesting they were likely to return at Vicarage Road next weekend.

After their afternoon in Hertfordshire, the Reds will take on Bundesliga side Hoffenheim in the first leg of their Champions League play-off on August 15, highlighting the challenge at hand.

But as evidenced by their performances in pre-season, Liverpool are in solid shape ahead of 2017/18.