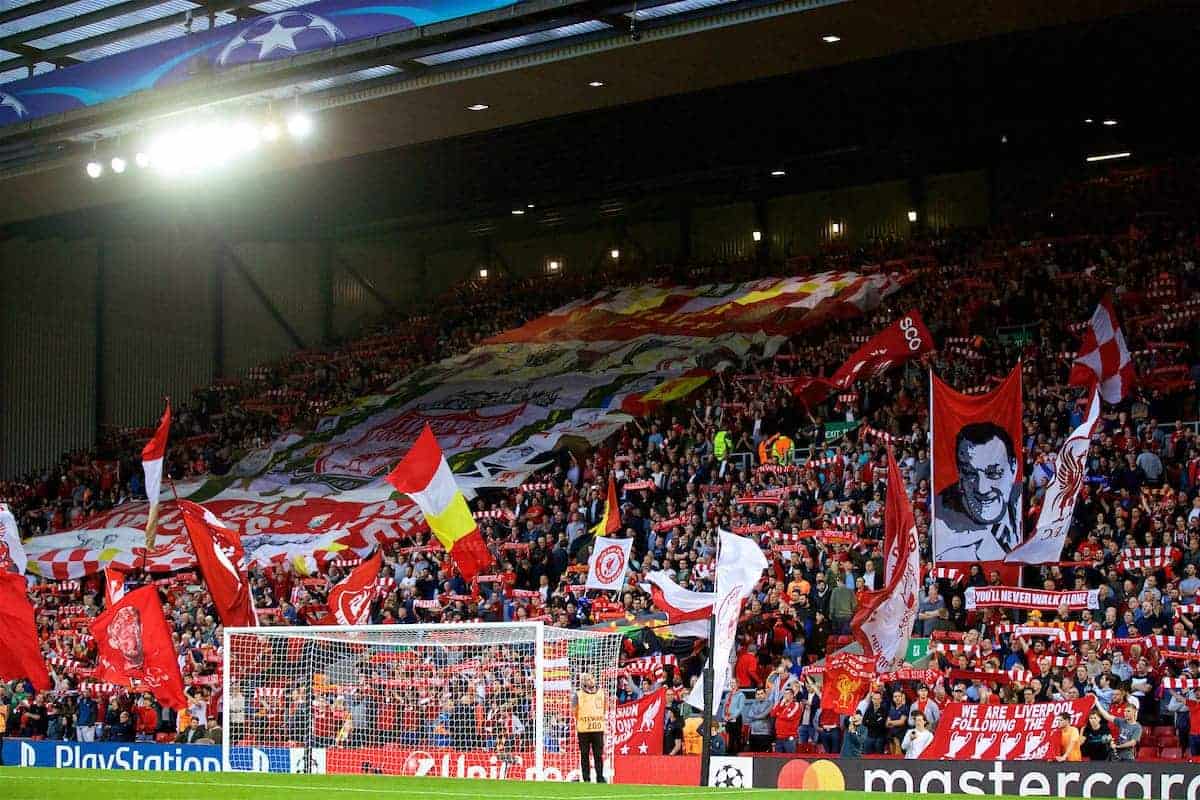 Champions League nights return to Anfield this season, as Liverpool cruised past Hoffenheim after a rousing rendition of You’ll Never Walk Alone.

But after a fourth-placed finish in the Premier League last season, all Jurgen Klopp‘s side needed to do was defeat Hoffenheim over two legs to make it back among the continent’s elite.

And having taken a 2-1 lead back to Anfield from last week, Liverpool were backed by an emphatic home support.

Following last season’s Main Stand redevelopment, Reds supporters were in legion on Wednesday night, and the BT Sport cameras were on hand to catch the pre-match atmosphere.

You’ll Never Walk Alone rang around the ground before kickoff, providing the perfect prelude to an attacking masterclass.

Two goals from Emre Can and further efforts from Mohamed Salah and Roberto Firmino gave Klopp’s side a comfortable victory, despite strikes from the visitors’ Mark Uth and Sandro Wagner.

Liverpool are now in Thursday’s group stage draw, set to learn their opposition for the coming months in Europe, as they return to the big time.

Klopp can be safe in the knowledge that Reds both home and away will give his side the support they deserve.