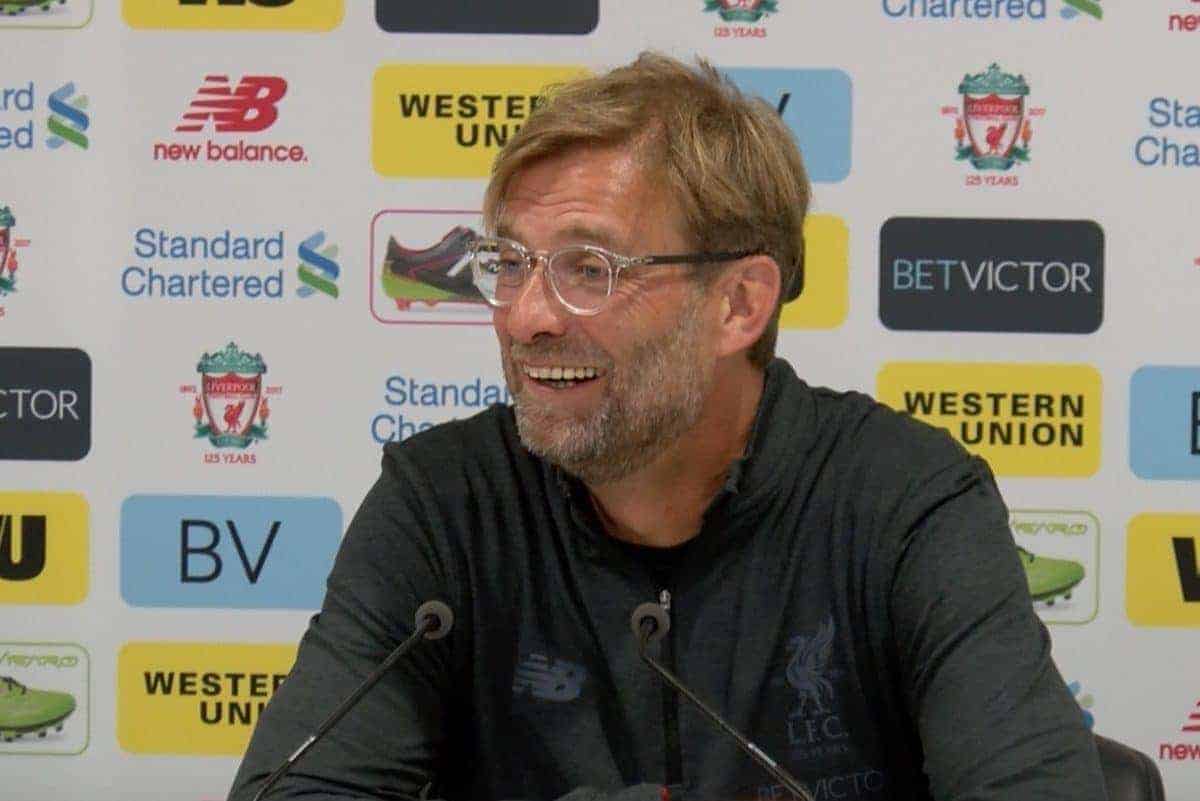 Jurgen Klopp was full of praise for his Liverpool side after their battling 1-0 victory at home to Crystal Palace in the Premier League on Saturday.

The Reds put up an impressive fight against a stubborn Palace outfit, holding firm at the back and improving in the attacking third before Sadio Mane struck on 73 minutes.

Mane’s effort proved to be decisive, with Liverpool leaving Anfield with their first three points of the season.

Though they are still way off what can be expected of them, the Reds were significantly improved on last weekend’s 3-3 draw away to Watford, and this came after five changes to Klopp’s lineup.

Three of those were in defence, and speaking to reporters after the win, Klopp hailed their “outstandingly good” performance.

“We can talk about defending—it was outstandingly good today,” the German enthused.

“Crystal Palace, last week against Huddersfield, started really football-playing and then Huddersfield were 2-0 up and they became a little bit more direct, using Christian Benteke.

“We really defended this outstandingly good; Raggy Klavan and Matip did really well, and the protection from Joe and Robbo was really good.

“That’s important. You cannot defend it differently, to be honest.” Klopp was pleased with Andrew Robertson‘s debut at left-back, with the Scotland international one of the Reds’ standout talents on Saturday.

“I think everybody could see how good Robbo, especially in the offensive situations, can be with a few more sessions,” he said. “His crosses are a real threat.”

The 50-year-old also discussed James Milner‘s transition back into a midfield role, as well as the possibility of an England call-up for fit-again Daniel Sturridge.

Liverpool are so far unbeaten this season, after three games, and will be looking to continue their run at home to Hoffenheim in their Champions League play-off second leg on Wednesday.