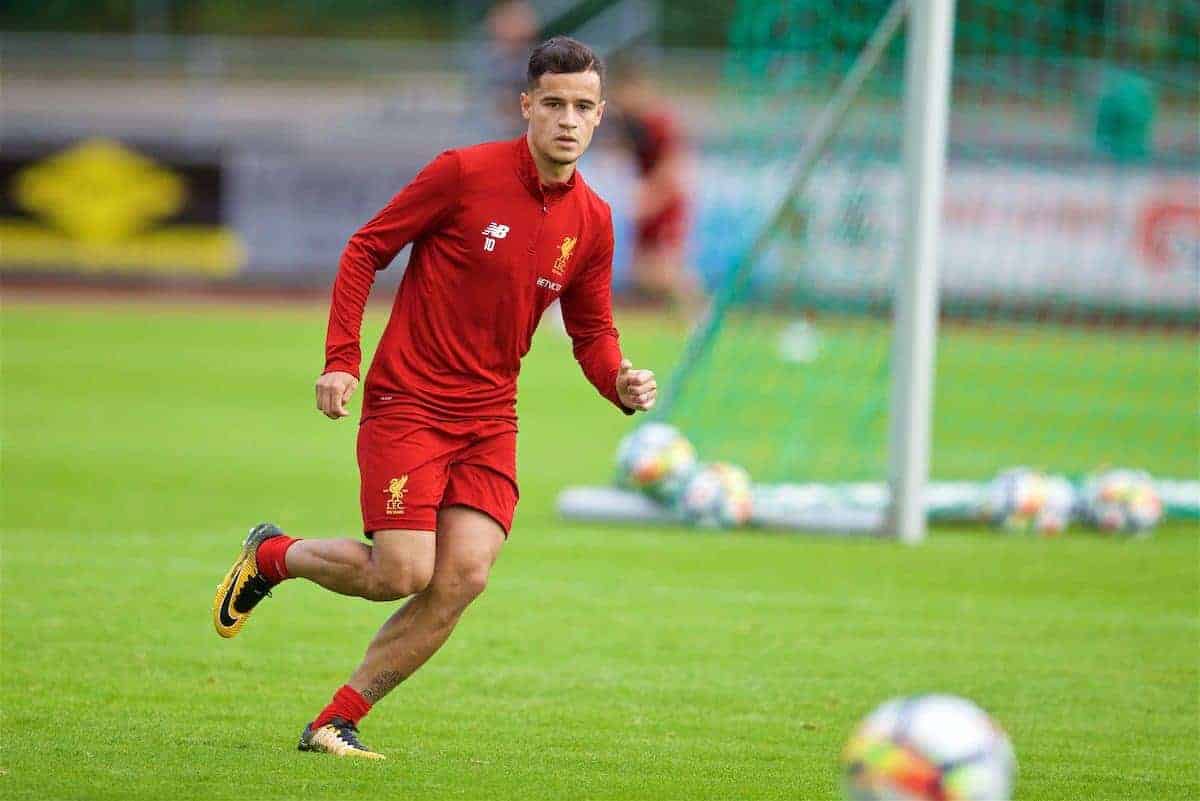 Coutinho made his comeback at Melwood on Thursday afternoon, joining Klopp’s squad for preparations ahead of Saturday’s clash with Man City.

The 25-year-old had been absent since mid-August, with interest from Liga side Barcelona coinciding conveniently with an alleged back problem that saw him sidelined.

But with the transfer window closed, and having turned out for Brazil during the international break, Coutinho is now back in contention for the Reds.

And speaking to LiverpoolFC.com on the Brazilian’s return to action, Klopp cut a cautious, but positive, figure.

“I know what people think, but Phil had the back problem a few weeks ago and couldn’t train so that means he missed around about three weeks,” he explained.

“Yes, he went to the national team and trained normally, but now we have to prepare for a normal season, so we have seven games [before the next international break].

“And we saw training this morning and thought ‘OK, maybe we should use him immediately’ because he was really good, but that doesn’t make sense.

“We have now to continue with the pre-season, not too long, but in a few sessions we have to give ourselves the time because in the next month we have seven games.

“We always have the same decision to make, ‘does he need training or can he play?’ and all that stuff.

“Yes, he will now do a little bit more than the other boys but he showed up in a very, very good mood and looks really promising.”

The assertion that Coutinho arrived in a “very good mood” is encouraging, with his compatriot, Neymar, previously claiming the No. 10 was “filled with great sadness.”

Having seemingly come to terms with his failed move to Catalonia, Coutinho must now set his sights on returning to the fold under Klopp.

And despite suggestions that his relationship with the German had soured after he issued a transfer request on the eve of the Premier League campaign, these seem to be untrue.

“All good, all good,” he said when asked about his response to Coutinho’s return.

“Nothing else to say, actually, so he’s back and we had a really good conversation, so good.”

Klopp also added that the rest of his internationals “all came home completely healthy,” with only a few names still on the treatment table.