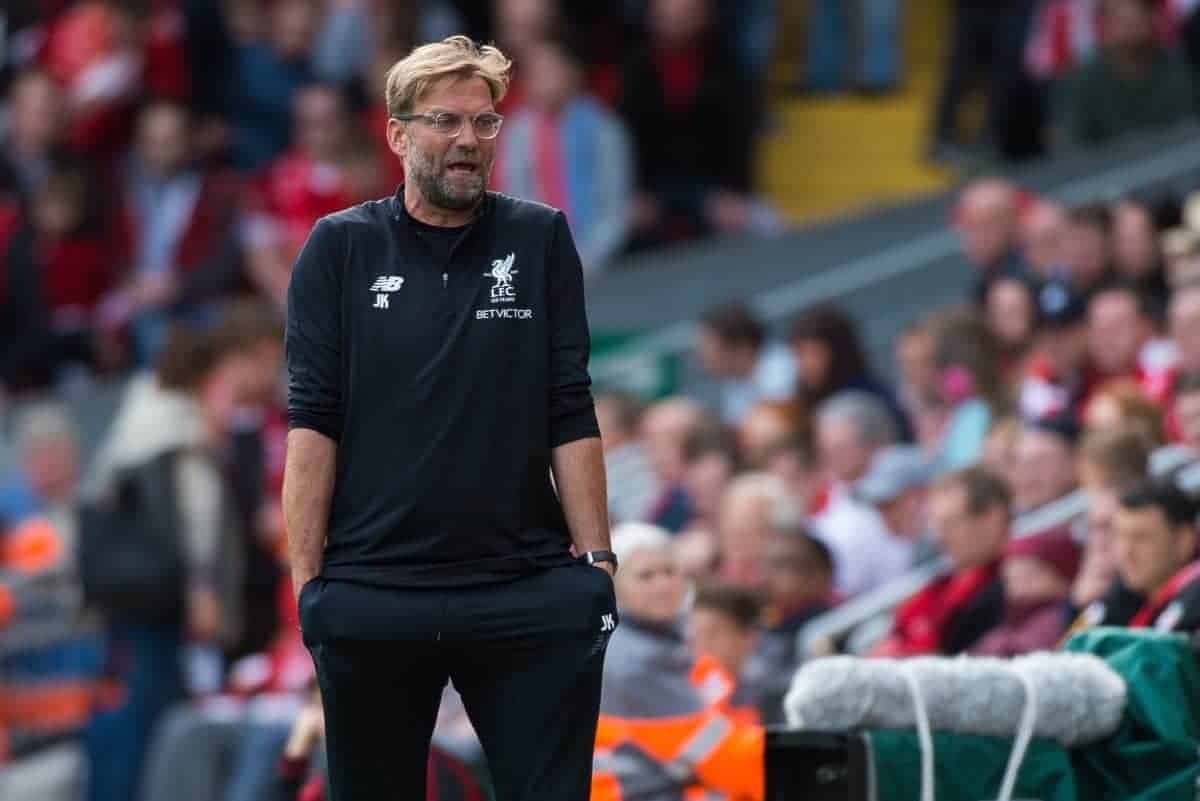 Liverpool manager Jurgen Klopp insists he can look beyond a frustrating week for his side and see an encouraging future.

The 1-1 draw at home to Burnley capped eight days in which they were hammered 5-0 at Manchester City and conceded a late lead to draw on their Champions League return to Sevilla in midweek.

With a League Cup tie at Leicester on Tuesday Klopp made seven changes against the Clarets but despite that he saw signs that the squad he has built can have a successful season despite recent dropped points.

“We made seven changes but we were still really fluent, (playing) offensive football, dominant football,” said the German, after watching his side have 35 shots to their opponents’ five and enjoy 71 per cent possession.

“Seven changes and playing this type of football, no one should take it for granted.

“Yes, result-wise (it is frustrating) but honestly I am as a person not like this. If I can get over the few more than unlucky situations then it is my job to see the performance.

“We reacted really well and why we feel so disappointed or frustrated is because we see what this team can do.

“Now we have to use this quality consistently. We could have won pretty much all our games so far when you think about the performance.

“We didn’t win all and we lost one really high but it was a strange game, we didn’t perform from the first second like someone would expect when you lost 5-0.

“If we can keep the shape and improve the other things, we can be really strong.”

Defensive errors have been the hot topic all week and another misunderstanding in the back four allowed Scott Arfield to smash home a half-volley after Joel Matip and Ragnar Klavan failed to deal with Robbie Brady’s looping header into the penalty area.

The one real bright spot for Liverpool was the performance of summer signing Mohamed Salah, who scored his fifth of the season and his fourth in a row at Anfield soon after.

But despite dominating the second half, with substitute Dominic Solanke hitting the crossbar from four yards out, they could still have lost with Ben Mee having two headers denied as Matip cleared off the line and Simon Mignolet saved. “It was a hard-fought point. We had to dig in and fight for that point and although we didn’t play as much football as we’d like but sometimes you have to come to these places and work hard as a team and grind the result out,” Mee said.

“The game plan wasn’t to sit back and let them have 35 shots as we wanted to create as much as we can but sometimes the game plans are like that.

“They have some good quality players and they had a few shots and (Nick) Pope has made a couple of good saves but we defended as well as we can and we come away really pleased with a point.

“We wanted to get the ball forward quickly and put them under pressure as much as we could and the goal came from a good diagonal with Robbie (Brady) winning the flick-on and sometimes you have to do that.

“We kind of looked at it a little bit but we wanted to play some good football as well.”