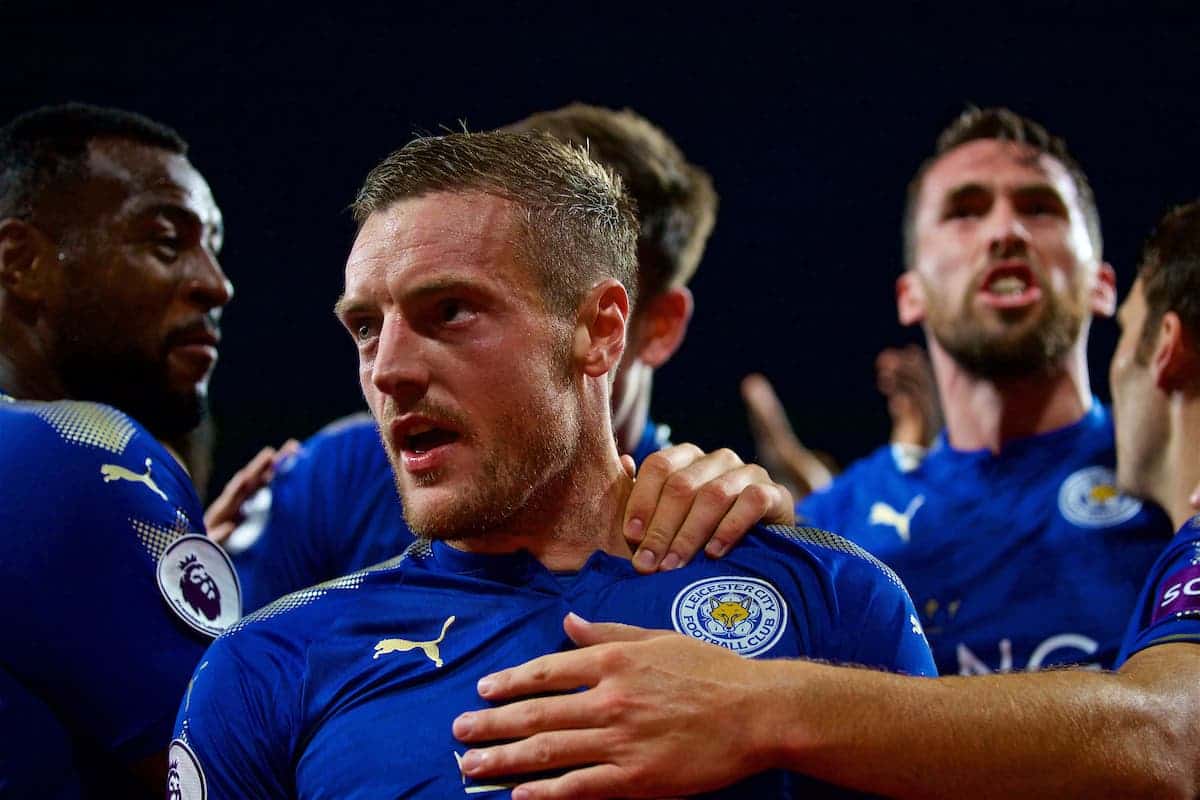 The two sides meet in the third round at the King Power, with the Reds hoping to win a first trophy since 2012 this season.

Despite the importance of silverware, both Shakespeare and Jurgen Klopp are set to ring the changes.

The Liverpool manager has already confirmed that Danny Ward, Marko Grujic and Alex Oxlade-Chamberlain will all start, and other changes are expected.

Vardy was substituted with a groin problem late in Leicester‘s 1-1 draw with Huddersfield on Saturday, and Shakespeare says he will play no part in proceedings on Tuesday.

“Jamie hasn’t trained. I will give him every opportunity [to recovers],” Shakespeare told reporters.

“He has a tight groin, and that is why he came off at Huddersfield.

“He has had continuous treatment and we will give him every opportunity to be fit but he won’t be one to risk.

“We will assess him tomorrow morning, but I am very confident he will be fit for Saturday.” The Leicester boss also confirmed that he will be without Matty James, Christian Fuchs and Robert Huth, with some youngsters set to come in against the Reds.

“James and Fuchs will not be included. Christian more on specialist advice. He managed to train today with the team. Matty didn’t but he was able to train outside,” he added.

“I am reluctant to put a time frame on Matty. Speaking to Matty he is frustrated but it is important he listens to the physios.

“Fuchs is being given more time and should be fine for Saturday.

“Huth is missing. We are managing him at the moment. He was way ahead of schedule after the operation and he had a good start to his recovery but we are being careful with him with the physio’s advice.

“We will bring two young lads in. Josh Knight, who has been involved before, and Hamza Choudhury will both be involved in the squad.”

The League Cup is Liverpool’s least important competition of the season, so it should be no surprise to see key men left out.

Leicester‘s priority is also the Premier League, and Saturday’s second meeting in four days between the pair at the King Power will be a more star-studded affair.