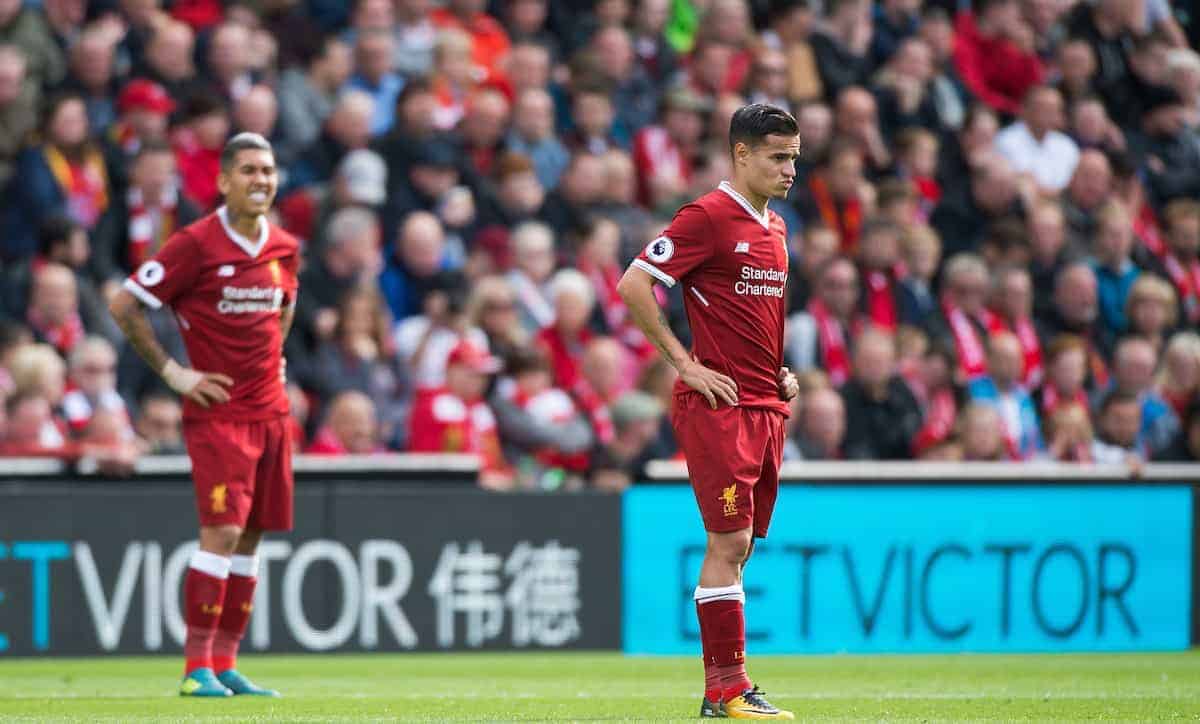 Liverpool played some good football but were ultimately held to a disappointing 1-1 draw at home to Burnley at Anfield.

Jurgen Klopp made seven changes to the side that started against Sevilla in the Champions League, with Philippe Coutinho making his first start of the season.

But the visitors took the lead in the 26th minute when a long ball forward saw Trent Alexander-Arnold lose out in the air to Robbie Brady; Brady’s header saw Liverpool’s centre backs of Joel Matip and Ragnar Klavan fail to deal with Chris Wood, and Scott Arfield arrived on the edge of the box to calmly slot past Simon Mignolet.

The Egyptian claimed his fifth goal of the season, collecting Emre Can‘s long ball on his thigh before swivelling and firing past the goalkeeper at the Kop end. The first half saw Liverpool dominating again, with Coutinho taking several shots but failing to hit the target.

It was all one-way traffic and Sturridge tested the keeper from outside the box, a lovely bit of play from the forward later set up James Milner for what would have been a sensational goal. Liverpool were playing some lovely football and their build-up play was good, but Burnley‘s organised defence meant most shots were from the edge of the box.

Two good chances arrived for Burnley from corners, before Liverpool had to huge chances of their own. First Trent Alexander-Arnold‘s shot was saved on the line, then moments later Solanke’s shot hit the bar and somehow stayed out.