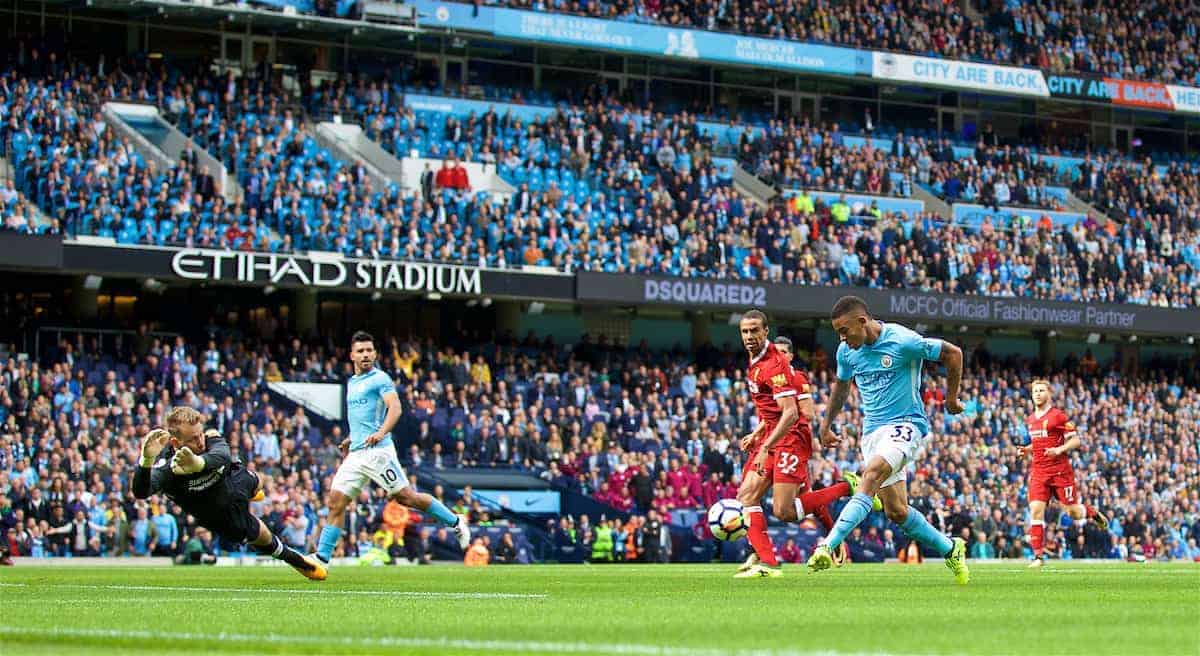 Liverpool suffered a nightmare day at the Etihad, with Sadio Mane‘s first-half red card and a terrible defensive showing leading to a heavy defeat.

Sergio Aguero made it six goals in six consecutive home games against Liverpool when he opened the scoring midway through the first-half.

Liverpool had been made to pay for missed chances, with Mohamed Salah particularly culpable. The Reds’ No.11 had raced away down the right twice, the first time failing to supply a cross when opting to use his left foot rather than right, and the second time failing to finish past ‘keeper Ederson when in one-on-one.

It got worse shortly after, with Sadio Mane shown a straight red card for a high foot on Ederson. It was a controversial decision, but undoubtedly the foot was high and endangering an opponent. The Senegal attacker will now miss games against Burnley and Leicester twice (League and League Cup).

City were in the ascendancy and added a second before half-time, Gabriel Jesus heading home from close range from a De Bruyne cross from the Liverpool right side.

Klopp had opted for Trent Alexander-Arnold at right-back over Joe Gomez, but the teenager had endured a torrid first half, shanking a clearance and picking up a booking for a silly challenge on De Bruyne.

It was a difficult debut appearance then for Alex Oxlade-Chamberlain, who replaced Salah at the break as Klopp changed shape to 3-5-1 with Emre Can dropping into the back three.

The second half was a write-off though, especially when Jesus added his second and City’s third just eight minutes in when Aguero played in his team-mate for an easy finish. A poor ball forward by Jordan Henderson gave the ball away cheaply in the build-up and Liverpool were easily exposed again.

Klopp opted to withdraw Gini Wijnaldum, who had been absolutely invisible yet again in an away game, with James Milner coming on.

The fourth goal arrived in the 77th minute, when substitute Leroy Sane stroked home Bernand Mendy’s low ball across the face of the box after more poor defending. Sane then rubbed salt into the wounds with a finish from outside the box in stoppage time.

With 10 men, Liverpool were very naive, giving the ball away cheaply far too often, lacking leadership. All the weaknesses in the squad came to the fore.