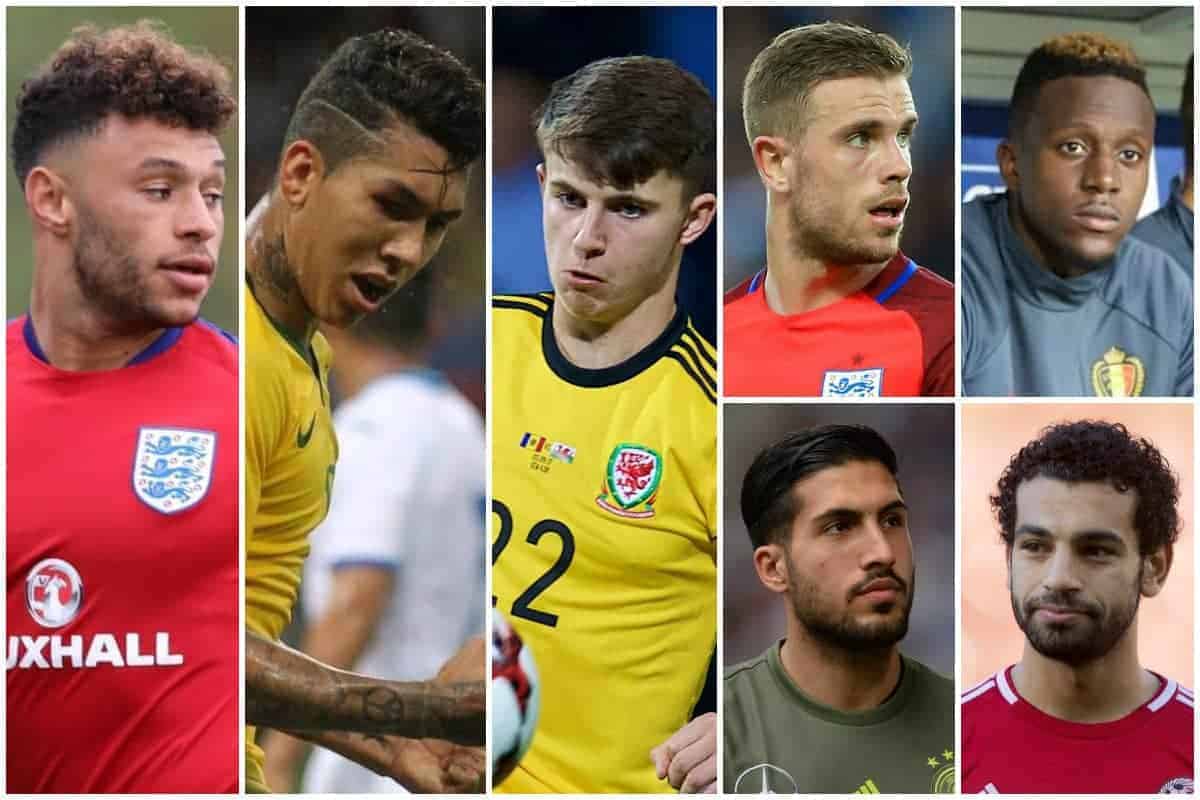 We round up how Jurgen Klopp‘s Liverpool squad fared in the second round of fixtures in the September international break, with 16 players in action.

The first domestic interval is over and Klopp’s charges are now returning to Merseyside to prepare for Saturday’s crucial Premier League clash at Man City.

Having headed into the break on top form, after a 4-0 win over Arsenal, the Reds will hope for a similarly strong display at the Etihad Stadium.

And their exploits on the international stage could provide a further boost, with a host of Klopp’s players enjoying positive outings in their World Cup and European U21 qualifiers.

Both Jordan Henderson and Alex Oxlade-Chamberlain were named in Gareth Southgate’s England lineup for their clash with Slovakia at Wembley.

Henderson wore the captain’s armband again, suggesting he could be the leading candidate for the long-term role, and played the full 90 minutes, assisting Marcus Rashford for the winner.

Meanwhile, Oxlade-Chamberlain played 83 minutes in a muted outing, and Daniel Sturridge was an unused substitute.

Both Simon Mignolet and Divock Origi were left out of Belgium’s decisive 2-1 win away to Greece.

The latter was not even in the squad as Roberto Martinez’s side sealed their place at next year’s World Cup, while Mignolet remained on the bench throughout.

After a humbling 4-0 loss away to France last time out, the Netherlands secured a crucial 3-1 win at home to Bulgaria, with Georginio Wijnaldum playing the full 90 minutes.

Ragnar Klavan was unavailable for Estonia’s 1-0 win over Cyprus due to suspension, while Emre Can was an unused substitute in Germany’s impressive 6-0 win at home to Norway.

Following his goalscoring exploits in Scotland’s 3-0 win away to Lithuania, Andrew Robertson kept his place in Gordon Strachan’s side for their 2-0 win over Malta on Monday night.

While he was unable to get his name on the scoresheet, the left-back was named Man of the Match, capping a productive international break.

With Croatia’s initial clash with Kosova called off due to heavy rain on Saturday, Dejan Lovren started in the resumed tie the following day.

The centre-back played the full 90 minutes as his side won 1-0 in Zagreb, as well as in Tuesday’s 1-0 away defeat to Turkey. Ben Woodburn enjoyed another star role as Wales sealed a 2-0 win away to Moldova, playing just 29 minutes but assisting the first goal of the night for Hal Robson-Kanu.

But the No. 9 only played 63 minutes in the 1-1 draw, while Philippe Coutinho came off the bench to play 15 minutes, before both boarded a private jet back to Merseyside.

Elsewhere, Mohamed Salah scored after just six minutes to seal a 1-0 win for Egypt over Uganda, playing the full 90 minutes in Alexandria.

Sadio Mane also found the back of the net, scoring and assisting in a 90-minute showing in Senegal’s 2-2 draw away to Burkina Faso.

Most encouragingly, none of Klopp’s key names suffered injury while on international duty, with Mane, Salah and Firmino expected to start on Saturday against City.

Tuesday was a landmark night for Trent Alexander-Arnold and Sheyi Ojo, who both made their debuts for the England U21s, with Joe Gomez also starting against Latvia.

Gomez, Aidy Boothroyd’s new captain, and Alexander-Arnold remained on the field throughout, while Ojo was brought off on 58 minutes as a precaution, and substitute Dominic Solanke played 19 minutes.

Corey Whelan played the full 90 minutes as the Rebublic of Ireland U21s sealed a 3-1 win away to Azerbaijan, as Noel King’s side push for a place at the European Championship in 2019.

Elsewhere, Harry Wilson was absent for the Wales U21s’ 2-0 loss to Portugal, staying at Melwood for the international break as they recovers from injury.

And Rhian Brewster was left out of the squad as the England U18s lost 2-1 to South Africa in a friendly on Monday.