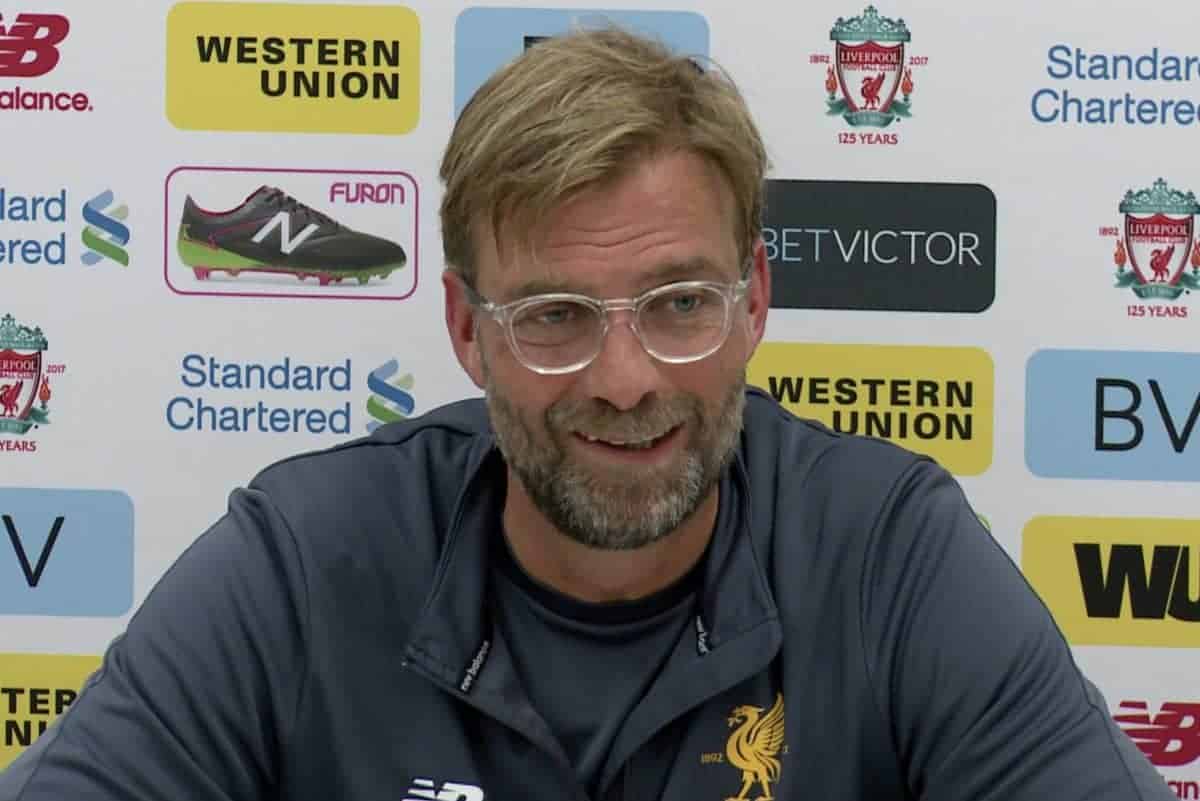 The Reds take to the East Midlands as they kick off one of two domestic cup campaigns this season, with their first of two clashes with the Foxes this week.

Following a miserable 5-0 defeat to Man City and draws with both Sevilla and Burnley, Liverpool are in desperate need of a morale-boosting victory.

And Klopp remained positive when he addressed reporters at the Reds’ training ground.

The German confirmed that Danny Ward, Marko Grujic and Alex Oxlade-Chamberlain would start at the King Power Stadium, “if nothing happens overnight.”

He also suggested Dominic Solanke could make his full debut for the club, praising the young striker’s contribution when called upon this season so far.

“It’s exciting, absolutely exciting. I’m really happy to have him around, wonderful kid,” he said, “he takes the minutes, each minute as an opportunity.”

Klopp went on to discuss the adjustment of Oxlade-Chamberlain in training, and provided a positive fitness update on sidelined duo Nathaniel Clyne and Adam Lallana.

“Clyney, yesterday, had [his] third or fourth run outside, not the highest intensity but a big step, [and he has] coped well so far with this,” he said.

“Adam is close to going outside and running. Next step, I’ll give you another update in the next press conference!”

After Tuesday’s clash, Liverpool will return to take on Leicester in the Premier League on Saturday.