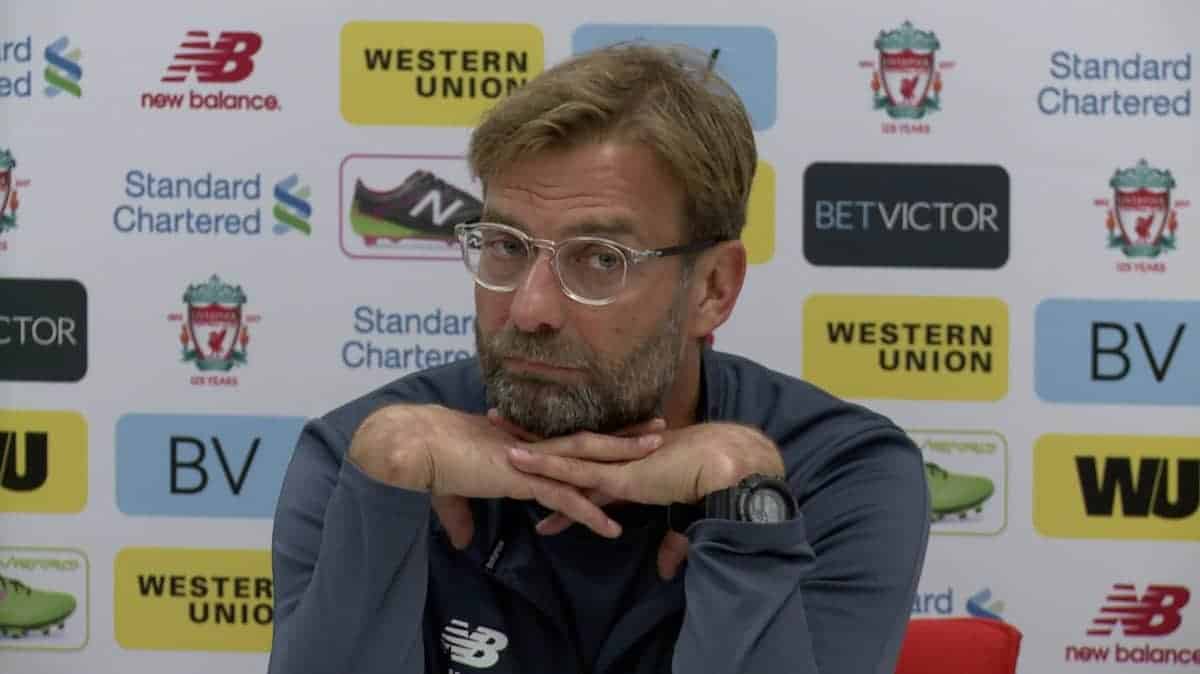 Watch Jurgen Klopp‘s press conference from Thursday at Melwood, ahead of Liverpool’s Premier League clash away to Leicester City on Saturday.

The Reds return to the King Power Stadium at the weekend looking to rewrite their poor form and respond to their 2-0 loss to the Foxes on Tuesday night.

Klopp’s side crashed out of the League Cup at the hands of their East Midlands opposition, extending their run of games without a win to four.

They will be desperate to ensure this does not continue on Saturday, but speaking ahead of his side’s trip down the M6, the German was forced to field questions about his side’s flaws.

He insisted Liverpool are able to improve in their defensive efforts, as well as reacting when going a goal behind.

Klopp could be without three key players, however, with Dejan Lovren, Joel Matip and Emre Can all doubts for the weekend.

Lovren is the biggest concern due to his ongoing back problem, but Klopp revealed that both Matip and Can were struggling with “little bits” from last weekend’s 1-1 draw with Burnley. Another player under the microscope following Tuesday night is Alex Oxlade-Chamberlain, with the midfielder enduring a nightmare first start for the Reds, but Klopp is confident he can excel.

“Ox had a few really good situations and a few unlucky situations [on Tuesday],” he explained.

“I thought he did really well in the moments when you could see that he tries to adapt to the style of play and all that stuff.

“We all need to get used to this and manage it a little bit better. But it was his first game from the start, nothing else.

“After a game like this, that you lost and he didn’t make the best game in his life, people probably ask ‘Where is the impact he can make?’ But I’m not in doubt about this.”